Preorder a Standard Copy or a Test Pressing 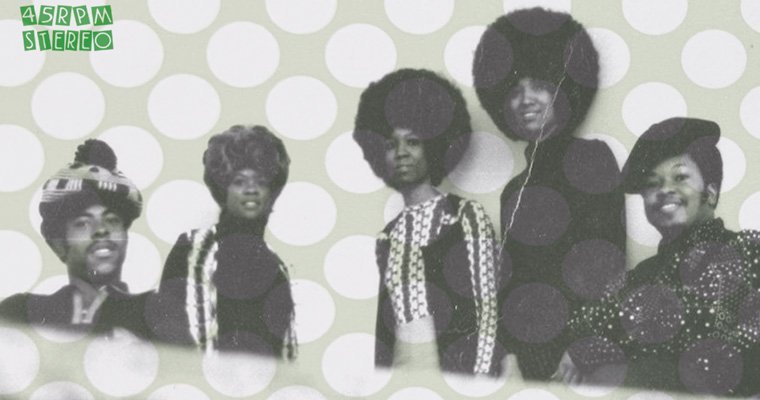 The Sound Of Indianapolis:  The Words Of Wisdom And Truth Review

It all started when Herman “Butch” Slaughter at 12 years old asks his parents for a professional tape recording machine for Christmas. Butch’s technical training in music came from being First Chair/First Chair Baritone in a few school choirs. He started to write song poems and dreamed the day he would hear his songs on the radio. Butch had several attempts at putting a group together, eventually leading to the creation of The Words of Wisdom with Karen Slaughter, Robert “Buck” Vaughn, Rosa Lunderman and Mabel Heart. They started earning some good popularity at the crossing of the seventies and eighties although experienced some quick lineup changes until they disbanded in 1982 short after cutting these two belters. Stable artists at the legendary Lamp - the so called “Naptown’s Motown” - these guys were part of the sparkling funk soul scene of Indianapolis alongside the likes of The Vanguards and The Fabulous Souls just to name two. Writers, producers, studio owners involved in these recordings all passed away except Herman Slaughter, founder member of the band and a blasting dj still active on his scene. The recordings presented on this release went lost until 2 years ago. It’s been necessary a massive audio repair/restoration, hope you will appreciate the job we’ve done. Ah, why the Sex Pistols writing style? Just because,

Preorder a Standard Copy or a Test Pressing 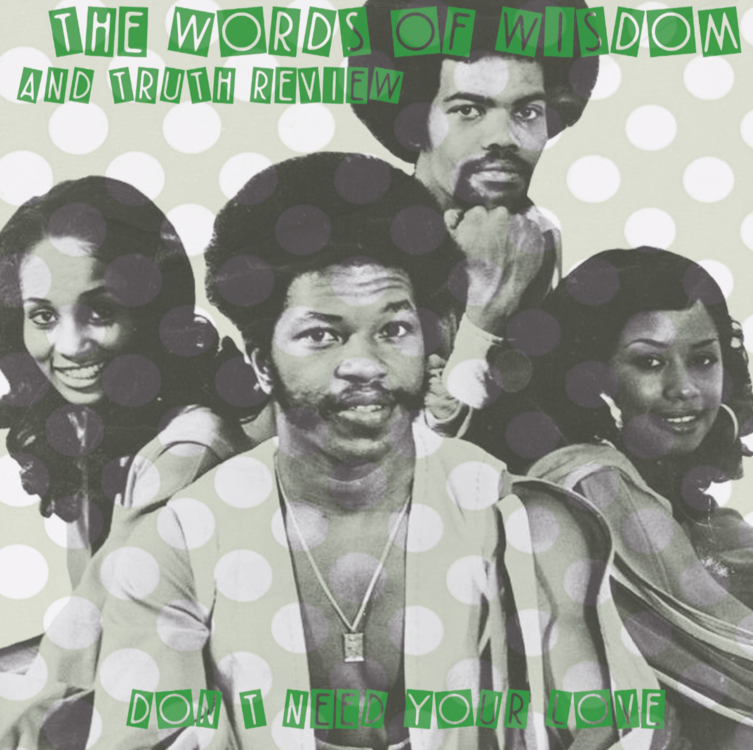 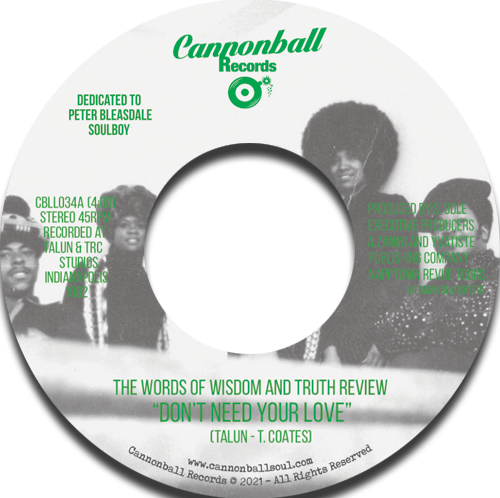 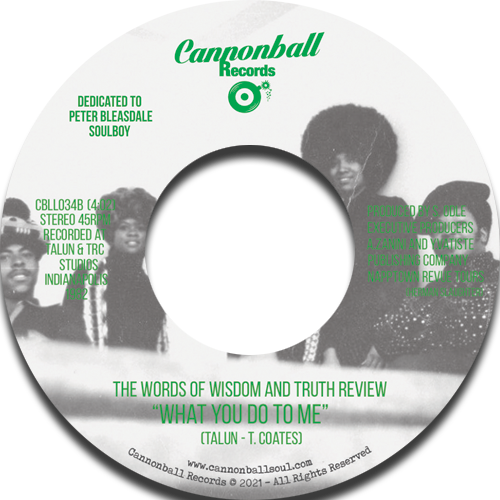 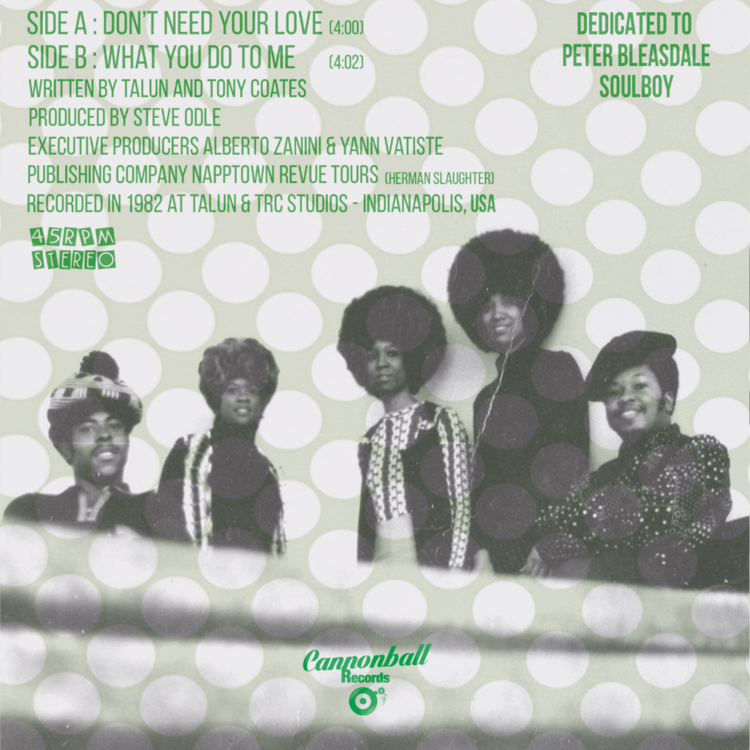