out end of September 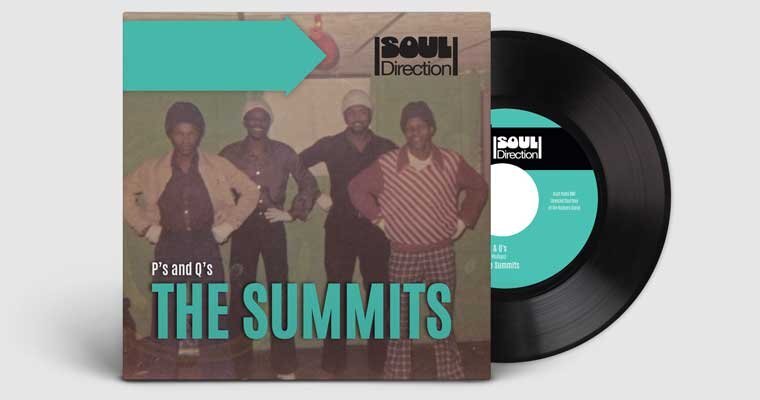 Hot on the heels of the hugely successful Decisions "We're In Love/I Love You" Soul Direction release, come for me a track that should have made a 45 release before now and after a conversation with Numero they agreed so here we are.
Release date end of September with TP's going out to the radio shows for pre release plays.

These 2 tracks were part of the groups recordings with DC International and did not see the light until Numero released a EP of the groups best songs.Soul-Direction Records have
secured the only 7" vinyl release of "P's and Q's and the instrumental version. We hope you enjoy them as much as we have bringing them to you.

This quartet from Washington DC. formed While students at Francis Cardoza High they used to sing there sweet soul style around the school corridors, honing their craft until a faculty member spotted them.
Baritone Willie “Sherman” Flannagan and alto Alvin “Lumberjack” Middleton supported tenors Sanders and Hawkins, with second tenor Sidney Smith replacing Sanders in 1971.

The Summits founders Andre Sanders and Juan Hawkins spent a lot of time on the 16th Street bus, a route that begins at the D.C.’s center and runs due north for a few miles.
Discussions of starting a band began during this long commute, which was most often taken to visit a pair of uptown girlfriends. The bus displayed the name of the last northbound stop, in this case, Summit Hill. A casual nod to their municipal transport, the Summits seemed a fitting title for the group.

The group soon fell under the tutelage of Joe Tate, who maintained a stable of musicians, among them national recording artists the Fuzz, the Choice Four, and the Blendells.
The Summits’ “I Can’t Get Over Losing You” would appear on Tate’s Dontee label in 1970, but limited distribution and radio play didn’t give the group much fame or fortune.

The Summits would not get a second recording until Tate’s other recordings and business deals were completed, and it wasn’t until Tate paired the Summits with staff songwriter Joe Phillips that things began to take shape.
Phillips would write half a dozen songs for the Summits, four of which were released as singles on Stan Bethel’s D.C. International label.

While the records generated a respectable local buzz, it never translated into the wealth their fellow chart-toppers achieved.

They never left their day jobs and, with girlfriends and soon growing young families, their tried-and-true tour routes became something they made the decision not to continue.
While Joe Tate’s model worked out for a few lucky groups, the Summits decided that the musical journey had sadly come to an end. 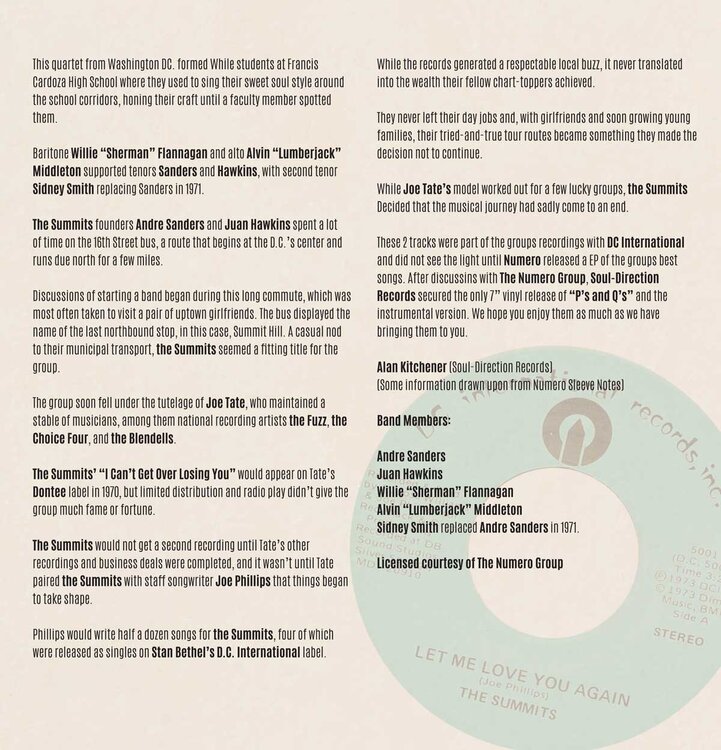 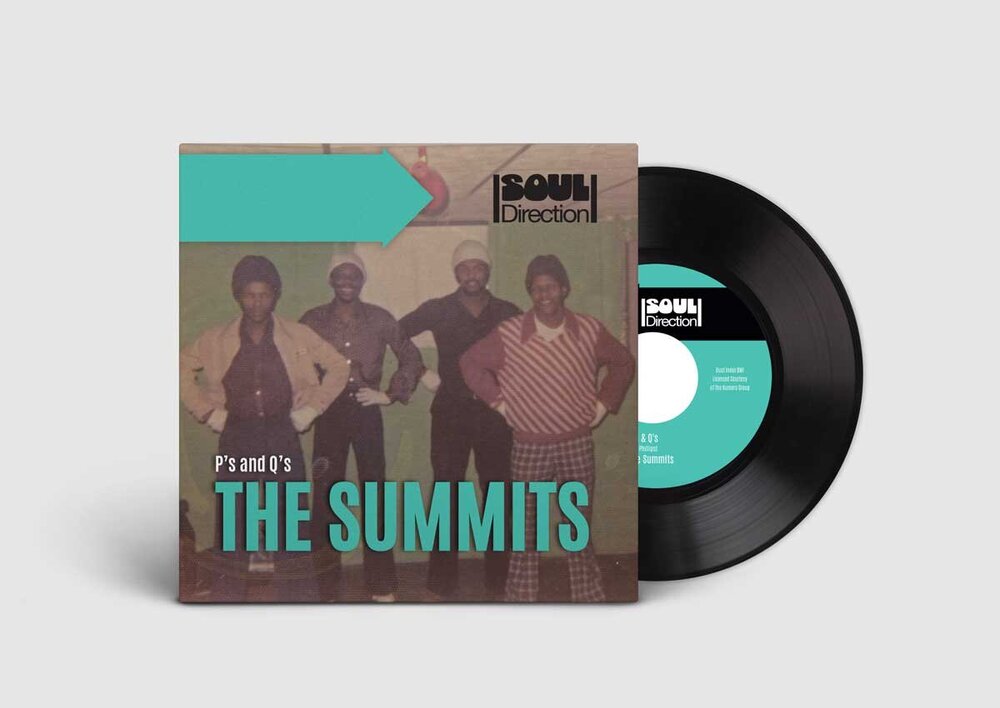 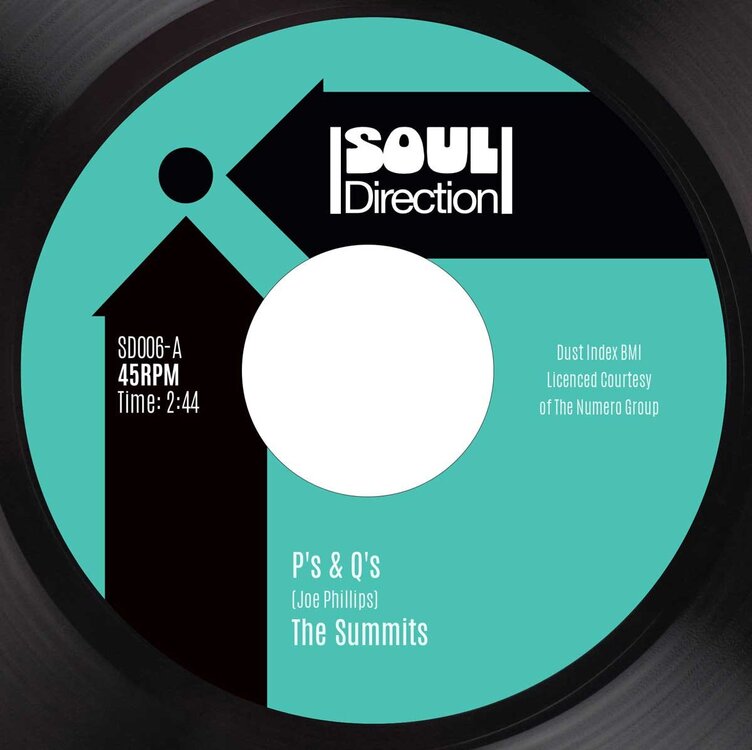