The Tempests: A Carolina Soul Story

I doubt it was just a moment-in-time thing. Thirty years on, my memory of first hearing Someday echo across the dancefloor at an all-nighter and stopping this young teenager dead in his tracks has not faded. It wasn’t a recording which necessarily broke the mould upon ‘rediscovery’ on the early 1980s northern soul scene. The fresh open-minded approach and healthy appreciation for musical diversity had already seen to that, whether it be for mid-tempo, beat ballads, latin soul, early R&B or others  - and the northern scene was none the worse for it. For me, the sheer power and haunting moodiness of Someday was a far cry from the sounds which initially attracted me to the soul scene. It embodied the new game, at least certainly marked a pivotal point in the future direction of my personal musical appreciation.

It was probably around 2012 when I really started to dig into the history of The Tempests. The drive was not only the quality of soul music output by this band and the popularity of their recordings. I was conscious that knowledge of the band’s history was limited, despite The Tempests being such a regionally popular act of that era. Connecting with Van Coble, bass player and co-writer of I Don’t Want To Lose Her helped to rectify some of that. With his assistance, I initially pulled the story together in brief as part of a wider collection of biographies for the book It’s Better To Cry.

Through ongoing communications with Van and other musicians in North Carolina, it was clear that there was so much more of the Tempests story to be told. To capture it all, working with Van Coble and drummer Nelson Lemmond (who sadly passed away during the latter part of the writing process) was essential in giving the project real momentum, supplemented by some thorough research and connection with other surviving band members, relatives and industry figures.

So, seven years on, here it is. This isn’t exclusively a “northern soul” book, nor is it just a “beach music” book; though the content will appeal to serious record collectors and fans of both genres, as well as to those curious to learn more about how soul music took hold in the south eastern states. As the back cover says:

“….In the mid-1960s, North Carolina was feverishly embracing the soul explosion. From emerging local R&B acts came The Tempests, a racially integrated band which stood out from the rest. Featuring an African-American lead singer with a commanding vocal presence and talented white musicians from a range of backgrounds, their powerful soulful delivery and tight rhythm and horn sections could not be ignored. The Tempests attracted the attention of the music industry through energetic on-stage performances and quality studio work. They would soon become a booking agent’s go-to for sharing the billing with national soul stars on tour in the south east. Part heavily researched narrative and part first-hand oral history, The Tempests: A Carolina Soul Story explores how soul music took hold in the Carolinas, the origins and influences of the band, their recording period with two major labels, hectic touring schedules, and the inevitable split.

But that’s only half the tale. Those early experiences shaped careers in song-writing, studio production and musicianship in popular music which continue to influence others to this day. Then there is the latter-day rediscovery of the Smash-Mercury recordings by a UK underground soul scene and formal recognition of The Tempests’ contribution to soul music following induction into the Carolina Beach Music Hall of Fame…”

Copies of The Tempests: A Carolina Soul Story can be reserved via the pre-order facility exclusively from A Nickel And A Nail, the UK-based independent bookstore specialist in soul, R&B and related literature. Release date 15 July. All pre-orders will be despatched as priorities during the week commencing 15 July. 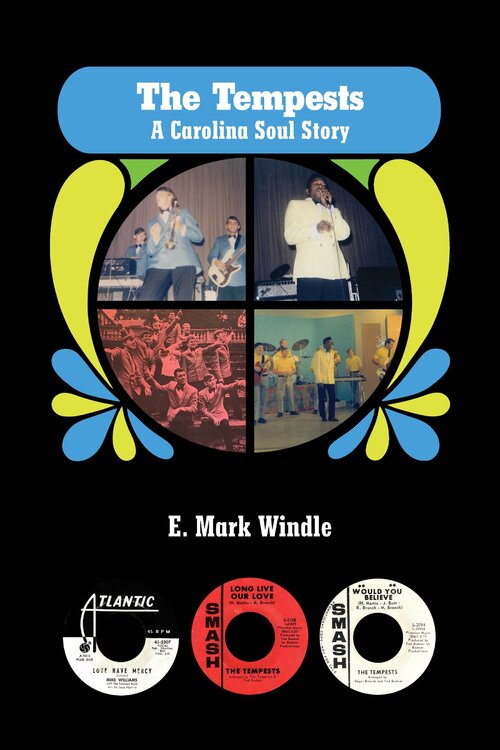 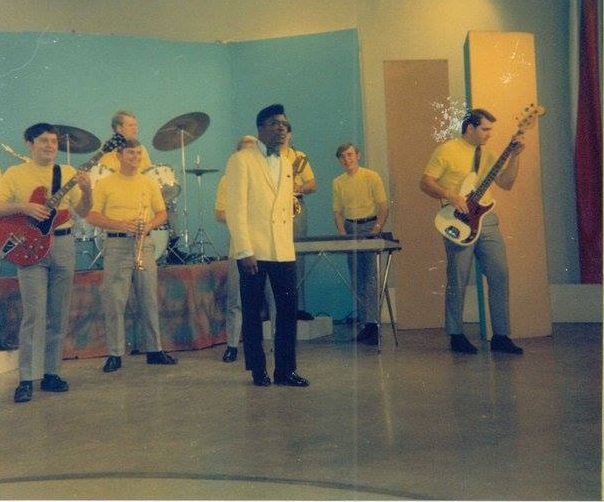 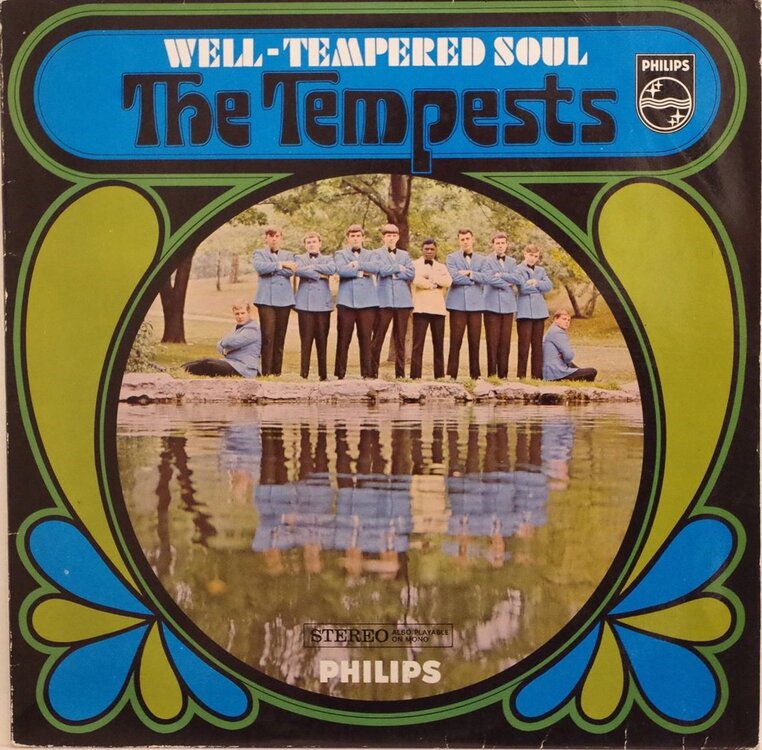 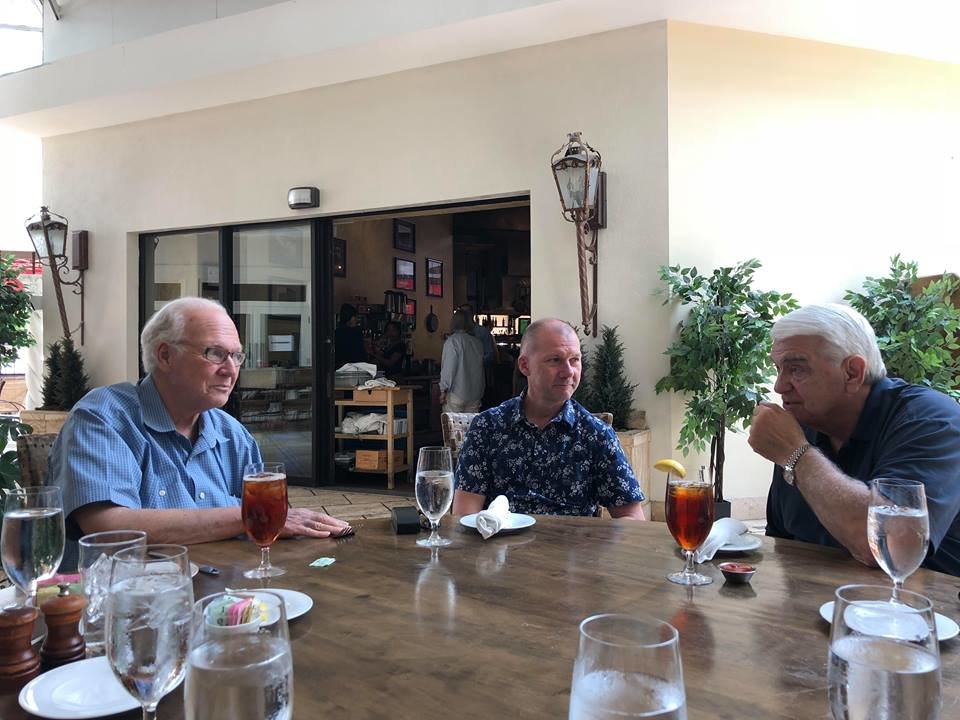 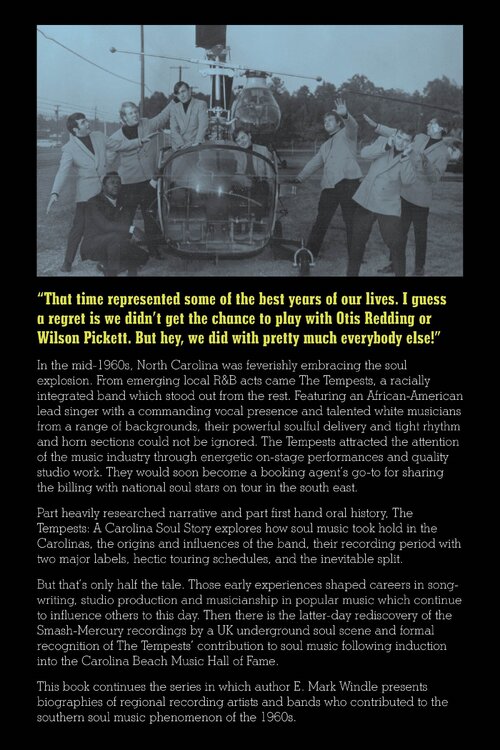 Troy Marrs and the Dynamics
House of Broken Hearts by E. Mark Windle
The There's That Beat! Guide To The Philly Sound - Review by Mark Windle
The Tempests
The Passions: If You See My Baby
Rhythm Message
Go to articles Soul Music News