3 Albums On 2 CDs Plus Bonus Tracks

The Undisputed Truth - Nothing But The Truth

A new release from Kent Records

3 Albums On 2 CDs Plus Bonus Tracks

Preview of the Kent Blurb by Tony Rounce

First time on CD for three Motown albums from the early 70s, plus bonus tracks. Produced by Norman Whitfield.

Handpicked by top-level Motown writer-producer Norman Whitfield as a new outlet for the realisations of his creative mind, the Undisputed Truth debuted in 1970 with ‘Save My Love For A Rainy Day’ before going on to score significantly with the Grammy-nominated ‘Smiling Faces Sometimes’ and the original version of ‘Papa Was a Rolling Stone’, among others. Although their career was consistently overshadowed by the success of Whitfield’s main act, the Temptations, whose recordings they were frequently required to remake by their producer, the trio (who later became a quintet) nevertheless hit the R&B charts with 12 successful singles between 1971 and 1975, eight of which also made the Hot 100. Not a bad tally for any group, and one of which lead singer Joe Harris....

The full release notes can be viewed via 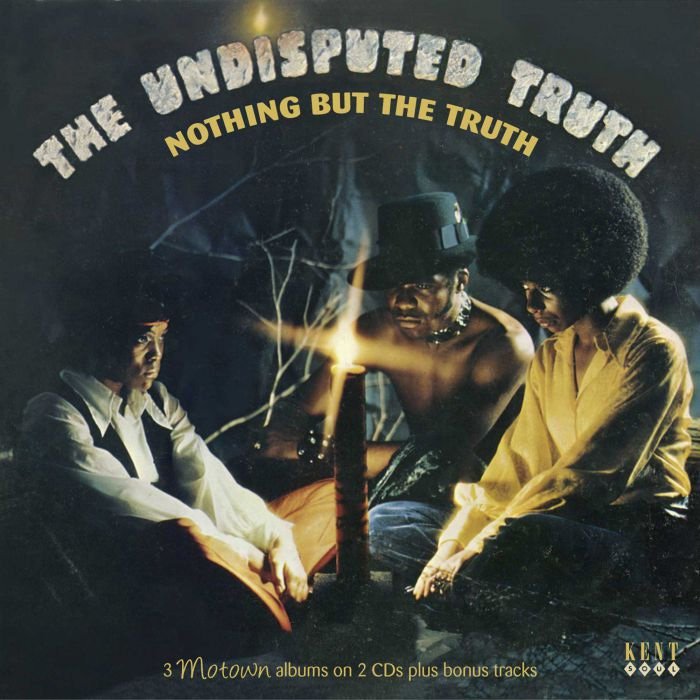