Wayne McGhie - The Love You Save (prev. unreleased) - Tramp

Wayne McGhie - The Love You Save (prev. unreleased) / Love Is The Answer

This time the Tramp crew serve you with a delicious double sider by Wayne McGhie. "The Love You Save" was never released when recorded in 1972 and this long-lost track is now available here for the first time on 45!

In 1972, Wayne signed with record producer Greg Hambleton and, with former members of the Hitchhikers, recorded a couple of tracks including "Love Is The Answer" and "The Love You Save" at Toronto Sound Studios. "Love Is The Answer" was released later that year as a 45rpm single with the instrumental version on the flip, however "The Love You Save" was never released.

Now, more than four decades later, the music of Wayne McGhie has been re-discovered and his songs and musicianship are finally receiving the attention so long deserved.

You can listen and purchase it here:
https://tramprecords.bandcamp.com/album/love-is-the-answer-b-w-the-love-you-save-prev-unreleased 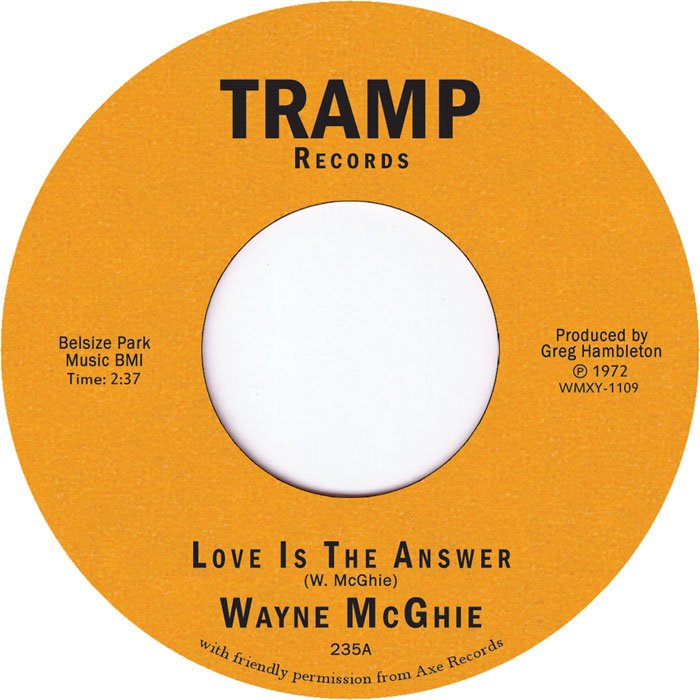