You Tore My Wall Down - Soul Junction 45

From the vaults comes Dee Dee Warwick for Soul Junctions next release.

It is the latter, Dee Dee Warwick that we are interested in here.  Her compilation from 2014 feature no less than 12 previously unreleased songs.  One of those 12 “You Tore My Wall Down” has been the most talked about and has caused a stir after receiving extended airplay via several radio shows.  A superb up-tempo dancer, it makes you wonder why such material is left in the can and would probably still be there if it wasn’t for dedicated enthusiasts determined to unearth everything possible.  “You Tore My Wall Down” was crying out for a 45 release and was demanded by some radio jocks.  Thankfully Soul Junction stepped in and licenced the track for their next release, a a welcome release it most certainly is.  It’s already featured at some venues due to advanced copies with plenty of inquisitive collectors immediately wanting a copy of their own.  The flip, an early 70’s mover is equally worthy of turntable action. This is one release destined to sell out so get your copy quick. 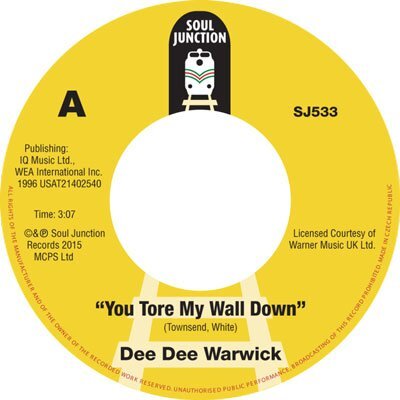 Dee Dee came from a very prominent family in the gospel community. Her father was the former director of gospel promotions at Chess Records, while her mother was the manager of the family gospel ensemble ‘The Drinkard Singers. Dee Dee  began her musical career singing alongside her elder and more famous sister Dionne Warwick within ‘The Drinkard Sisters’ who were led by their Aunt Emily “Cissy” Houston (the mother of the late Whitney Houston). Dee Dee and Dionne later formed their own gospel group ‘The Gospelaires’ who also entered the field of secular music singing backing vocals for many of the hit acts of the late 50’s and early 60’s where she gained a reputation as consistent and well respected session singer. 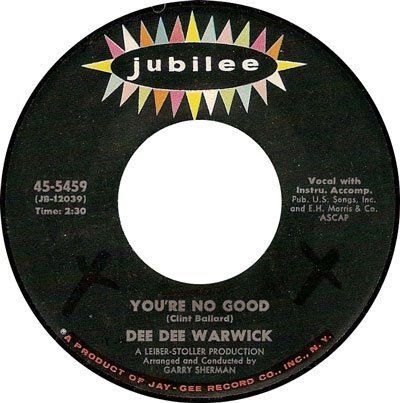 This was to change in 1963 when Dee Dee signed as a solo performer with the iconic songwriting team of Leiber and Stoller who were instrumental in all her first three solo outings the original and much covered “Your No Good b/w Don’t Call Me Anymore” (Jubilee 5459). She also followed her sister’s lead by changing her surname from Warrick to Warwick. Dee Dee’s next release was the Van McCoy penned “Standing By b/w Don’t Think My Baby’s Coming Back” (Tiger 103) and “I Who Have Nothing At All b/w I Can’t Go Back” (Hurd 79). Dee Dee also sang with her aunt Cissy Houston as part of Allison Gaye & The Burners on their 1964 gospel outing “Darling/Burn” for the tiny Royo label. 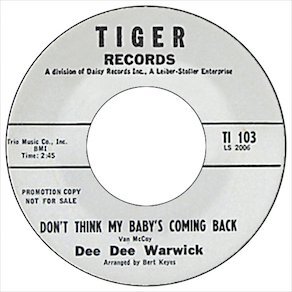 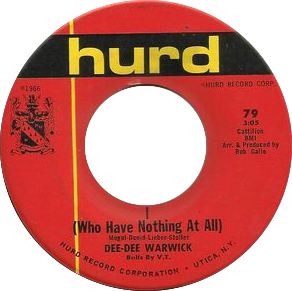 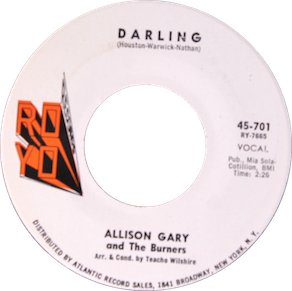 Dee Dee then signed for the major Mercury label, where she scored a 1965 pop hit with “I Want To Be With You” which first appeared on Mercury’s subsidiary Blue Rock label. Under the supervision of esteemed New Jersey producer Ed Townsend, Dee Dee was to record several other excellent sides such as “We’re Doing Fine”, “Gotta Get A Hold Of Myself”, “Worth Every Tear I Cry” (although only an album track in the USA it did gain a 45 release in the UK) before being promoted to the main Mercury label. 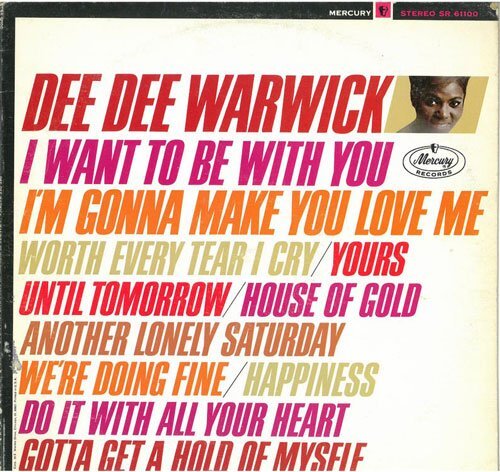 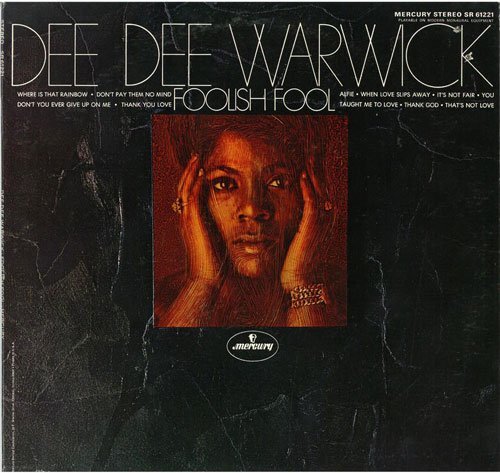 Mercury released their first album on Dee Dee under the title of “I Want To Be With You/I’m Gonna Make You Love Me” an amalgamation of two of Dee Dee’s biggest hits. With Dee Dee’s original version of “I’m Gonna Make Me Love Me” later being covered by Madeline Bell and as a duet between Motown heavyweights The Supremes and The Temptations. In 1969 Dee Dee recorded the first of her two Grammy nominations “Foolish Fool” which was to become the title track of her second Mercury album. It was from this album that a further two tracks “When Love Slips Away” and “Where Is That Rainbow” would later find favour within the UK Crossover/Modern Soul Scene.

Other Dee Dee Warwick Mercury releases of note are the excellent up tempo cover version of the American folk/rock group The Mamas And Papas #1 hit “Monday Monday” along with “Don’t You Give Up On Me” with both songs being of interest to Northern Soul devotees. 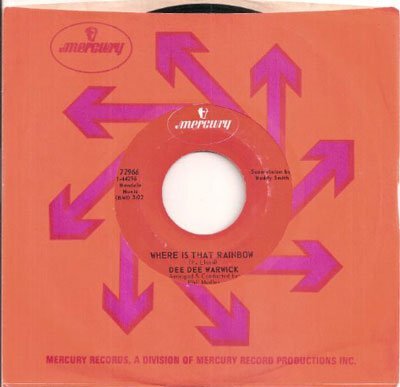 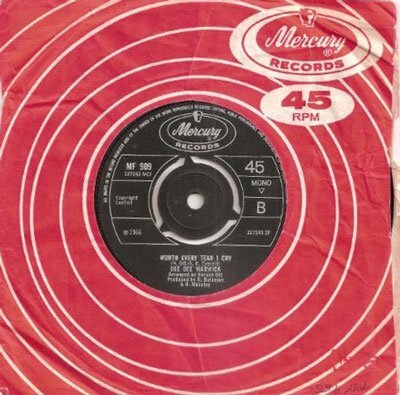 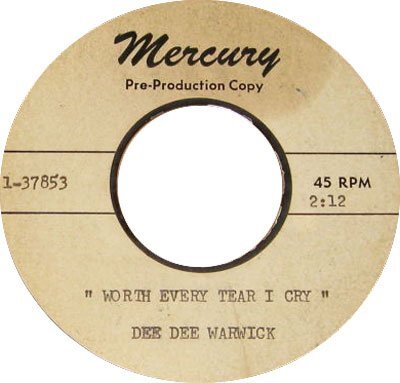 US Album only until a US acetate (with a slightly different mix) turned up and was featured in the sets of Mark "Butch" Dobson.

During 1970, Dee Dee was persuaded by Atlantic records Jerry Wexler to join their subsidiary Atco label. Wexler first placed Dee Dee with her former mentor Ed Townsend with whom she recorded a four song session that Atco decided to leave in the can. Further recording sessions in Miami with the Dixie Flyers and The Sweet Inspirations were followed by later sessions at Muscle Shoals and the Pac-Three Studios in Detroit. Although a highly prolific time for Dee Dee recording wise, only one album “Turning Around” (Atco 33-337) and five 45 singles were released. Although Dee Dee’s first single “She Didn’t Know (She Kept On Talking) b/w Make Love To Me” (Atco 45-6754) did become a top 10 R&B hit and gained her the second Grammy nomination of her career. Her other Atco singles, “I’m Only Human”, “Cold Night In Georgia” “Everybody’s Got To Believe In Somebody” (previously recorded by Sam and Dave) and “Suspicious Minds” (a cover of Elvis Presley’s 1970 RCA #1 pop hit) would only achieve varying modest chart positions and subsequently her career stalled. 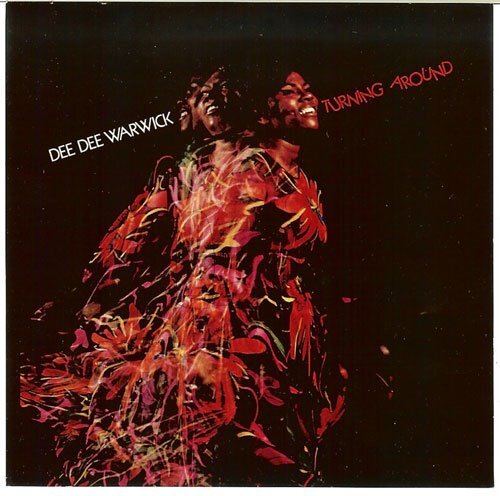 After leaving Atco in 1972 Dee Dee’s next release came in 1975 when she recorded  the R&B hit “Get Out OF My Life”  under the name change of Dede Warwick for Private Stock Records which featured the excellent “Funny How We Change Places” on the flipside again a popular song with the UK Modern Soul fraternity. A second Private Stock single “This Time May Be The Last Time” again backed with “Funny How we Change Places” was later picked Up By RCA Records. 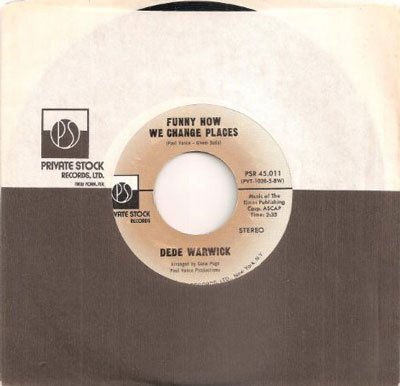 Recording wise Dee Dee was dormant until the release of her “Dee Dee” album for Heritage Sound Recordings in 1983, followed by her “Call Me” album for the Sutra label a year later.

Dee Dee had struggled with a drug addiction for many years and was in failing health when she sadly passed away on October 18th 2008, in a nursing home in Essex County, New Jersey. Her legacy was a plethora of great music that was loved and appreciated by a worldwide audience, even though she never achieved the same level of notoriety as her more famous sister Dionne. Although Dionne did later claim that Dee Dee was the real singer in their family.

In 2014 The American Real Gone Music label released a double cd album entitled “Dee Dee Warwick, “The Complete Atco Recordings” featuring the entire 35 tracks (many previously unreleased) that she cut during her time with Atco. It is from this cd that we have licensed the Ed Townsend composition “You Tore My Wall Down” backed with the equally as good Ashford and Simpson penned “Can’t Wait Until Tomorrow” for the initial vinyl debut on a 45 single. 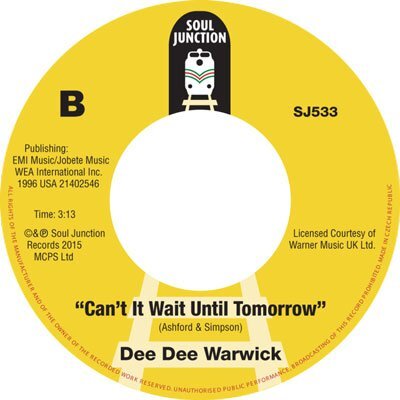 Thanks to Mark Hopes for help with scans. 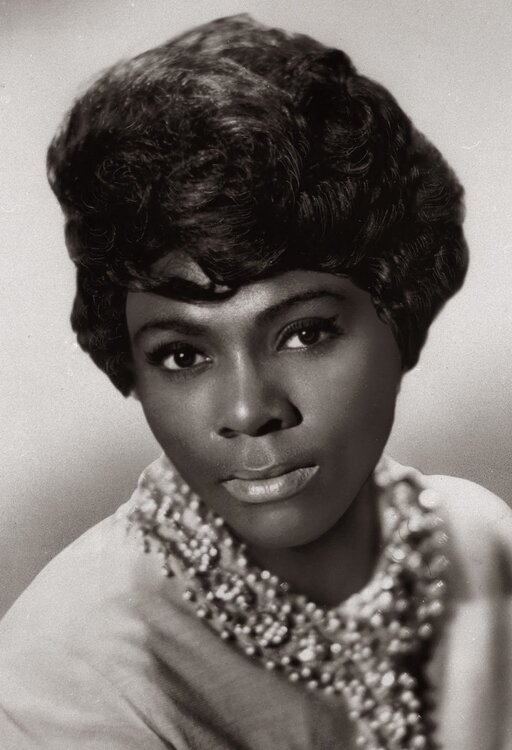