Just a heads up if you have been waiting for this book.

Young Soul Rebels is the latest book from Stuart Cosgrove and has just been published recently, it does appears that the planned release date was pushed forward

Northern soul is the ultimate underground music scene. Hidden away from the mainstream, it has defied the logic of fashion and outlasted more visible youth culture movements such as punk and rave. Author Stuart Cosgrove is an insider who has been a well-known collector on the scene for decades. Here he takes the reader on a rollercoaster journey to the stubborn heart of soul music's secret society and the legendary clubs that became the cathedrals of rare soul: the Twisted Wheel in Manchester, the Golden Torch in Stoke, Wigan Casino, the Top of the World in Stafford, and the evergreen 100 Club. As in the author's cult book Detroit 67, Young Soul Rebels tells a wider social history, looking at the all-nighters and the flamboyant characters who shaped the scene, the obsessive collecting of rare vinyl, the amphetamine abuse, police raids on soul clubs, the north–south divide, the Yorkshire Ripper murders, the miners' strike, the collapse of the industrial north, bootlegging and the rise of new technologies, which against all expectations have breathed new life into the scene. This is a candid and witty story of the cult they couldn't tame.

Young Soul Rebels nails a scene that is as popular today as it was in its heyday in the 1970s.

Stuart Cosgrove, originally from Perth, was a fanzine writer on the northern soul scene before joining the black music paper Echoes, as a staff writer. He became media editor with the NME and a feature writer for a range of newspapers and magazines. A graduate of Hull University, he completed a PhD in modern American theatre history. In 2005 he was named Broadcaster of the Year in the Glenfiddich Spirit of Scotland Awards and in 2012 he won numerous awards including a BAFTA and Royal Television Society award for Channel 4’s coverage of the London Paralympics 2012.

More info via the links below 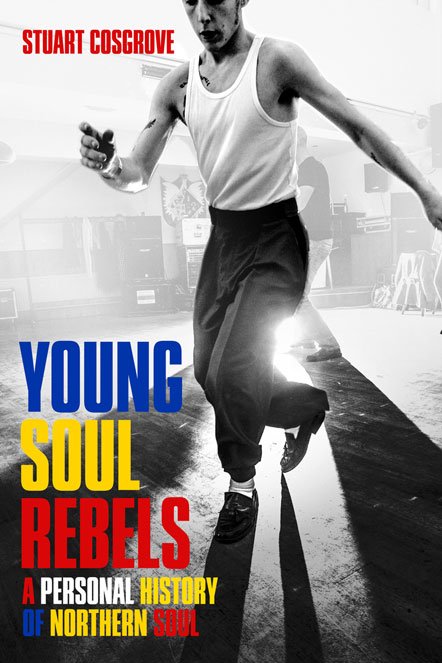