Betty LaVette - He Made A Woman Out Of Me - Feature 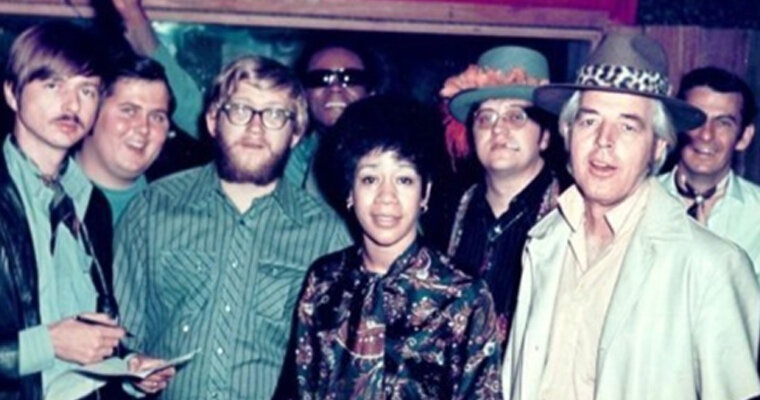 I was born on a levee; a little bit south of Montgomery. Mama worked at the ‘big house’ and Daddy worked for the county.

When I think back to that day, so long ago, I get a good feelin’ on my mind. Even tho’ it hurt me, it’s one thing I know: that when he left, he left a woman behind. Ooh…Lord!

In 1969, Betty LaVette appeared on Lelan Rogers’ fledgling Silver Fox label courtesy of his soon-to-be-much-better-known brother, country singer Kenny. It seems Bettye had cut a cover of his group, The First Edition’s 1967 track “Just Dropped In (To See What Condition My Condition Was In)”, penned by group-member Mickey Newbury and first featured on The First Edition’s late-1967 eponymous album (Reprise 6276) as well as on a quickly issued single (Reprise 0655).

When Kenny was in town with the First Edition, Bettye and her manager, Jim Lewis, brought a copy of Bettye’s “cover version” over to the singer, who liked it and pitched it to his brother Lelan. Now, it turned out that Lelan had been Bettye’s promotion man for her impressive earlier Calla side “Let Me Down Easy” (#102) and he duly contacted Bettye about recording for him down at Stan Kesler’s Sounds Of Memphis studio for his new Silver Fox label, which was titled after Lelan’s own hair-colour-related nickname. The tracks which duly ensued were going to be grouped into what would have been Bettye’s first-ever album and Lelan had Shelby Singleton (who was largely funding – and would distribute – Silver Fox) buy the master of “Let Me Down Easy” because he wanted to also include that earlier track on the new album. In fact, the album never materialised because a later disagreement between Lelan and Shelby caused the latter to withdraw his support for Silver Fox, but nevertheless, in addition to a couple of duets with Hank Ballard, several very fine LaVette solo singles would creep onto the market, one of which was Bettye’s debut recording for the label, an outstanding example of southern storyline soul, "He Made A Woman Out Of Me".

As with most great songs, the lyrics are very important and are meant to be heard. Like a good radio play, this song conjures up visions in the listener’s head. Although the recording took place in the big city of Memphis and the singer was raised hundreds of miles away in the north, near another big city, Detroit, the visions are of rural American southern life in the sixties (or perhaps, from even earlier) and the enforced subordinate role in that particular environment then played by most ‘blacks’.

It’s her ‘first time’ – something she will, of course, never forget, yet something, we learn from the lyrics, she will later use to good effect to ensure no other man ‘loves her and runs’, as Joe did. The sexual act, though, ‘sets her free’ – she is liberated by it to the extent that she thereafter becomes mature enough to retain full control of her own sexual destiny, even if other forms of liberation, because of her race, her situation and the times in which she is living, will be hard, if not impossible to achieve.

The lyrics, then, are both emotive and expressive and, for sixties America, undeniably raunchy. Without these ‘specific’ lyrics, though, the song would have been meaningless. After all, the title itself is straight-to-the-point, ‘he made a woman out of me’ directly implying that the girl only became a woman after her encounter, and had any song with such a title merely employed ‘moon and june’ lyrics, it would have rendered it, if not Joe Henry himself, impotent.

However, the lyrics are not the only element which makes this a great recording. There’s Betty LaVette’s wonderful ‘earthy’ delivery, so ‘southern-sounding’ for a Michigan-raised girl. Her occasional lower-register use of the word ‘Lord’, both as an adjunct to an existing lyric-line and as an interjection, adds subtle emphasis to the emotion she expresses in the song. The different ‘shades’ she employs during her vocal performance are just perfect – layback and vulnerable one minute, up-front and firmly assertive the next. When maximum emotion is called for, she doesn’t scream like a gospel-wailer but rather howls and growls like a tiger being released from a cage – a woman, in fact, being released from the body of a young girl.

Then, of course, there’s the overall ‘sound’ of the recording and the soulful ‘feel’ that it so successfully generates. This is largely down to the wholly appropriate, sparse, country-based, but tough-soul-edged arrangement and the way it is played by that quite remarkable backing band, The Dixie Flyers. The Flyers would become legendary in the early 70’s as Atlantic’s Criteria, Miami Studio ‘house-band’ and would play behind most of the name-acts contracted to their subsidiary Atco and Cotillion labels at that time; but earlier in 1969, just before Betty LaVette’s Memphis session, the band had played on Tony Joe White’s “Continued” album and this could be why Charlie Freeman’s wonderfully ‘swampy’, brooding guitar sounds so White-like on Betty’s recording. The musicians had taken their band-name from a literary reference to William Faulkner, which likened him to a southbound-train in the phrase “When the Dixie Flyer comes down the track you’d better get out of the way.” The Flyers at the time of Betty’s recording were Jim Dickinson and Mike Utley on keyboards, Charlie Freeman on guitar, Tommy McClure on bass and Sammy ‘Beaver’ Creason on drums. In addition to their own wonderfully rhythmic performance, we cannot overlook a potent contribution here by the ever-reliable Memphis Horns, who duly apply their trademark brassy raunchiness at suitably appropriate junctures.

Taken as a whole, the recording is a high-point in smouldering, storyline country-tinged southern soul – one of those wonderful and rare occasions when all of the undeniably top-drawer participants came together at the peak of their considerable powers to produce a genuine ‘soul classic’.

However, the lyrics proved too potent for many southern radio stations of the day and Betty’s version saw little ‘exposure’. Consequently it was not a pop hit although it did make No.25 on the R&B chart. Yet white country singer, Bobbie Gentry’s pacier and more throwaway ‘cover’ successfully ‘dodged the bullets’ by using the old ruse of airbrushing out some of the more potent lyrics. She completely omits mention of “then one day it happened, right in my own back yard” and specifically sings “I used to tease Joe Henry, I guess it served me right, it wasn’t long till he left me crying, out in the night.” She goes on to add that Joe had his ‘day’ (not his ‘way’). This ‘cleaner’ version, culled from her Fame-recorded “Fancy” album, whilst not a major hit, did at least make No.71 on the Pop chart, although it did not register on the Country or R&B charts.

And so yet another great black-American original recording would fail to ‘crossover’, while a deliberately more-accessible, almost ‘singalong’ white ‘cover’ would go on to wider appeal. 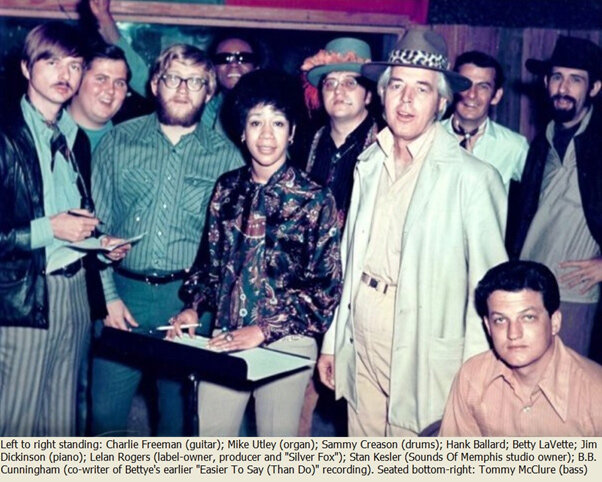