First of all, I'm probably not the best individual to review this album, as my knowledge of the Funk genre is at its best limited - perhaps this will give a more balanced review let's see!

A varied selection of tempos from the West Coast spanning the period of 1967 - 1976, as you would probably, there is a fair degree of funk orientated tunes from a selection of respected Californian purveyors such as Dore, Money & Pzazz amongst others. I admit that well over half of the content is new to myself……

Let's kick off with the product I am familiar with; The Ballads had a relatively long 20-year career by West Coast standards having first formed in 1965 and originally cutting product for Vee-Jay. This time featuring their song "Butterfly" AKA "I wish I knew,"- the problem is, as a long standing fan of the original take on Mickey Stevenson's Venture imprint, I'm afraid for me the rerecording featuring a new lead and a faster tempo doesn't quite match up, especially considering the original vocal is very reminiscent of the wonderful David Ruffin.  In fact, very similar indeed - none the less a good version of a song, penned by Leon Ware & Susaye Green, this later version has slightly diluted lead vocal and an over complicated music track that tries too hard and detracts from the song. But I am unashamedly biased towards the original Venture version, clearly the group felt differently releasing this version on at least two further occasions on Music City and later on the Balja imprint.

The next track I am familiar with – ‘Warm Excursion’ - "Hang Up" on Paul Gayton's Pzzaz imprint. Being a fan of the Hammond organ, this appeals to me and although I don't recall hearing this played to a dance floor, I would be surprised if it hadn't been featured in the past and would probably appeal to the newer funk biased soul venues without upsetting the "4 beats to the bar" traditionalists, in a similar groove to Frankie Crocker's "Ton of Dynamite."

Apparently a number of groups recorded under the Choice of Colour moniker "If she wants to go" was recorded for Money records in 1974. This is one of choice cuts from this collection and sounds just right for now even with its tricky tempo.

The Entertainers IV will be known by many fans of their Dore releases such as "My Garden of Eden" & "Don't Look Back" but this time we focus on "Just ain't my day."
As you would expect, its well up to their usual high standard and will appeal to group collectors along with the dancers, with its less obvious tempo & great backing vocals they certainly could deliver the goods.

Brenda George's Kent recording of "What you see is what you’re gonna get," again sounds just right for the funk edged northern soul crowd, with pleading vocals on a super backing track- it's an up tempo West Coast winner.

ZZ Hills "Think People" is your typical song with a message from the early 1970's - pleasant but not ground-breaking.

I have been a fan of Little Johnny Hamilton since first hearing his epic "Oh how I love you" (Dore). Therefore, I was looking forward to hearing the two tracks (A & B sides) on this album but was frankly left cold by these recordings for the Watts Way label "The Git Down Parts" 1 & 2 when I am afraid part one would have been more than enough! It's probably ultra-rare & there's a very good reason for that.

Other tracks including The Calif. Soul Explosion & Jesse & Anita fared no better to my senses I'm afraid.

The Soul Sensations Music City recording from 1973, got things back on track with "When I had my baby" a really nice ballad, with sparse backing, a committed, if young sounding vocal with the tempo slightly increasing momentarily towards the end…. before returning to its former - excellent stuff!

The Natural Resources "Funky with my stuff"(Dore) is pleasant enough without achieving the desired effect. Although I'm familiar with the recordings of Eddie Horan is "I'm gonna speak out" is new to me and maybe a little left field but none the worse for that and has gone straight on the wants list.... anybody?

Eleanor Rigby- "Is it worth it all" is a pleasant vocal on lightweight almost demo-like backing track that as grown on me over a number of listening sessions. 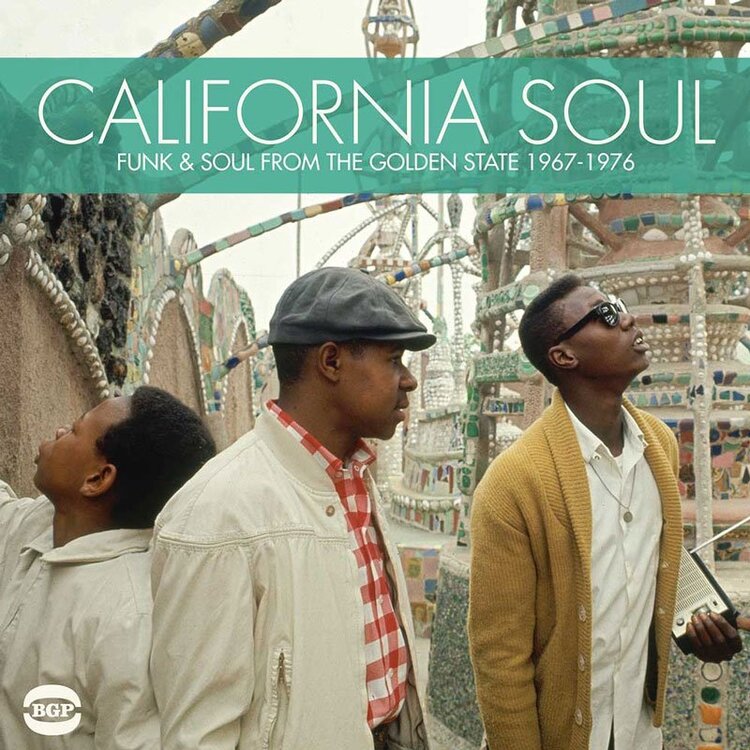 In summary a game of two halves, one soulful, melodic & polished, with the other half sometimes messy with an overabundance of wah wah self-indulgence… perhaps I'm just not funky enough!
Star rating 3