Digging in the Texas Triangle 2019.

Here we go again since 2007 along with fellow collector Gaz Simons we have regularly visited Texas particularly the Austen Record Convention. The 2019 trip was special because fellow collector Colin Denham was joining us on our adventure. This was Colin's first USA Trip and he was dying to get stuck in.

Adding a bit context to looking for records in America this century is very important, it is by no means the “Golden Age”  many soul luminaries have visited this magical state over the years from the seventies onwards and bore fruit way beyond our possibilities. Our moto has always been enjoy the State and buy records you like, in our case it usually means them lovely xover and sixties things we have never bothered to pick up in the UK. if we stumble on a bargain then “hey ho” but the purpose of the trip has always been “the adventure with good friends" meeting collectors from all over Europe and having “great crack with lots of good times in between" and of course a few bevvies in the lovely Texas Heat.

So the itinerary was as follows - Fly from Manchester, early Saturday Morning into the great city of Houston. Stay overnight taking in the great craft beers at Sugarland and many bars that the place is famous for. After a hiccup with the Hotel and booking we were shipped to another Hotel about 2 KM from where we booked. International “Man of mystery” ie BIg Baz put a complaint in and boom, the first night was refunded. So a cracking start to a great week!

Sunday Morning up early, a little worse for wear and off to San Antonio, a magic city and a full day planned to include hitting a few spots for records. It was very hot today and “a hair of the dog” was required to get the joints moving again. We showed our face at Alamo Records having visited the last 4 times and was as expected greeted with the same level of apathy we first encountered 13 years prior. The owner has sadly turned into the worst type of Victor Meldrew you could possible imagine, how he manages to take money is beyond me and we pretty much decided he was not getting any of ours. The place has gone back a lot our visit bore fruit all them years prior but really only worth a visit for lps and his prices a little silly anyway. 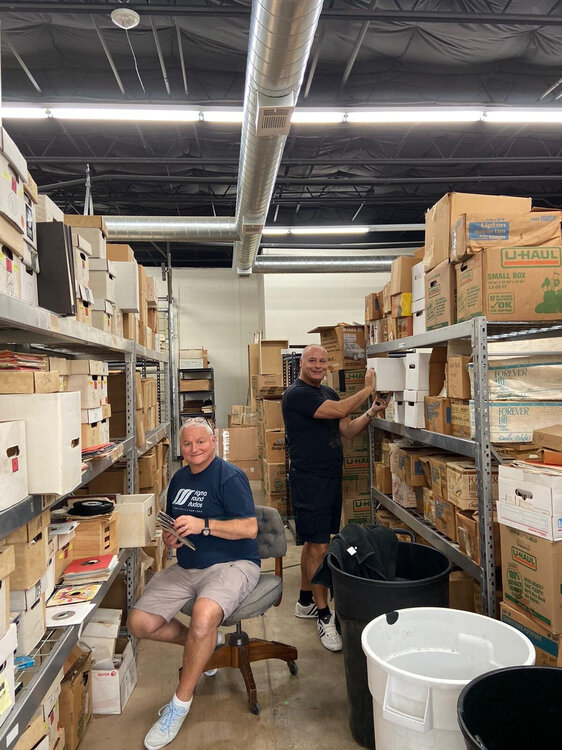 Quick refresh and we hit a few Vintage Stores in the afternoon and done reasonably well, prices pretty much as expected nothing rare but a pretty decent start all of us agreeing it was worth taking the time and spending little on UBER Fairs for which Gaz paid lol. On the evening a great meal at The Riverwalk, a real culinary delight and a great place to visit. Gaz and Colin however bit into the hottest chili in Texas and it meant we had to retire earlier than usual taking cans and tunes back to the hotel. A great second day and rounded off by playing the records we bought and watching the American Football.

Monday Dallas bound for 4 nights we know the City well as Gaz is best friends with our host and I played Rugby with him also. We knew that a bender was on the cards and did not disappoint ending up till the wee hours of the morning and on the whisky. Records would have to wait tonight. Tuesday and a number of  Vintage/Thrift places in the Dallas Area were visited and we done quite well, we know the crack reference this place now and carefully navigate to the unexpected places always finding a few gems including a few rare xover things including the 21st Century and Lee Jones and the Sounds of Soul for a cracking combined price. In full swing Wednesday was on us quick and we wanted to take Colin around the sites including the JFK Museum in Dallas, a place that gets you thinking differently every time you visit. The evening was an absolute scream entering the quiz team name as Mike Hunts Mellly ,do not say that too quick lol and coming a respectable third out of five teams lol. Again whisky and tacos ended off the evening and by now Thursday was on us and we were gearing up for the Austen Record Convention and getting a bit excited. 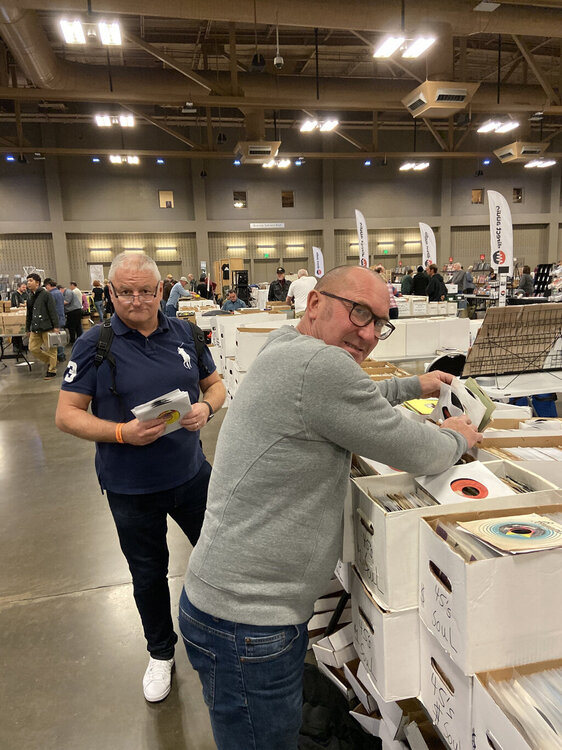 Up very early for Austin still dark and a 4 hour drive to our usual Hotel the Radison (downtown) the venue has now changed for the fair so literally we could walk there from the Hotel “if Carlsberg could do trips this was one of them”.  There is some great information reference the history of the fair which can be found here https://www.austinrecords.com/about.php . Having visited regularly you never know what to expect. As collectors we have seen big records bought and sold here over the years however we don't go for big records we go for soul records of all prices, persuasions and genres.

Some notable absentees this year including Craig Moerer, Records By Mail, it's quite possible he was there on the Saturday, however still loads of dealers from all over the USA so lots to go at. It was no coincidence after various finds that we ended up going through thousands of records from a dealer from Trenton NJ who we had never seen before. For the pricely sum of $1 each all three of us bagged some great records out of that lot all different value all worth so much more.

It was great to bump into Kitch, Mace and Richard Free, 3 collectors of high esteem, as collectors you never ask what other people get you just generally acknowledge even after all these years there are still records to be had. Lots of Modern Soul/Boogie sold for plenty of dollars, as usual we done well for sweet/mid-tempo and also brought plenty back to sell. Friday evening we had a lovely Thai Meal with Kitch and Mace catching up. We then ended up on fifth street before getting back to the hotel and toasting each other to great times, friendship and the great state of Texas. 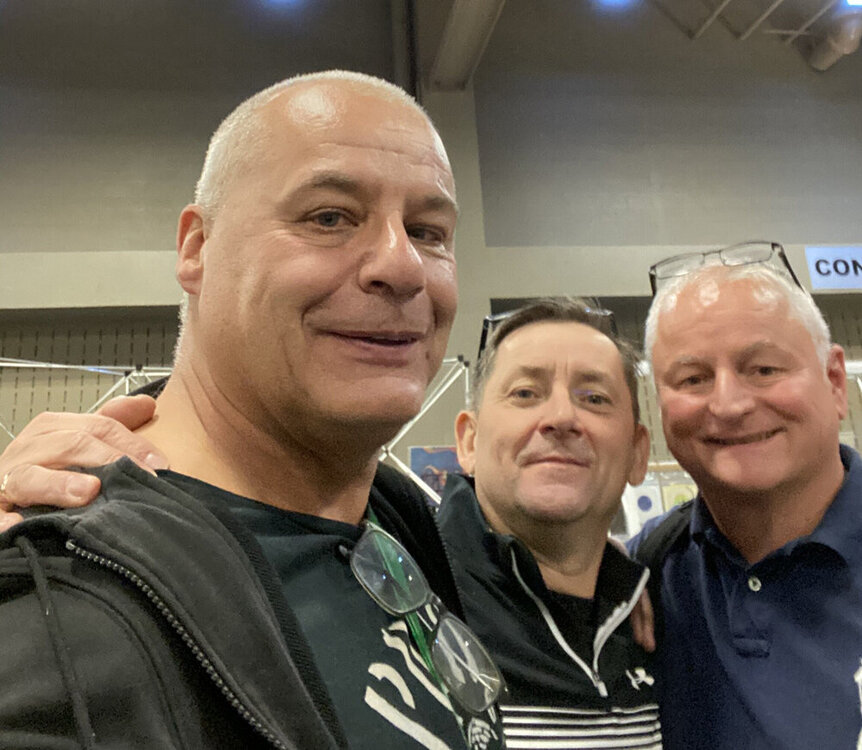 So in 6 Days Houston, San Antonio, Dallas, Fort Worth and Austin. Not bad going for three lads from the north east of England, who still believe that records can still be had in the USA despite most people's expectations.