Florida Soul: From Ray Charles to KC and the Sunshine Band ..

When asked to name America’s main music producing cities or regions from a soul perspective, it would probably boil down to the stand out trio of Detroit, Philadelphia and Chicago, in no particular order. Memphis would also get thrown into the mix, but few might suggest Florida, an area more associated as a holiday destination rather than one rich in soul music history.

“Florida Soul”, written by John Capouya, a professor of journalism and writing at the University of Tampa, and published by University Press of Florida, convinces the reader that there is much more to the sunshine state than Mickey Mouse and co., confirmed by this 368 page books sub-title – From Ray Charles to K C and the Sunshine Band.
Ok, the latter might appear rather off putting to many, but they do not appear until the second last chapter, so by then you have read the majority of the book and will simply persevere with those final few pages to see what contribution the disco orientated band made to the story.

The book kicks-off with an introduction to the ‘Soul State of Florida’, before drifting into the stories of the areas main players in which producer Henry Stone takes centre stage. But it is not all about Stone, as many others have chapters devoted to their stories and their life in music. Familiar figures such as Sam Moore – one half of Sam and  Dave, Linda Lyndell, Papa Don Schroeder, Helene Smith, Ray Charles, Timmy Thomas, James Purify and his partner, Bobby mark three, Jackie Moore (sadly no mention of my favourite track by her –Both Ends Against the Middle) and many others. Capouya also tells of how the Twist originated in Florida, whilst devoting a chapter to those who helped make the Miami Sound, weaving together yet another tapestry in the world of soul music. 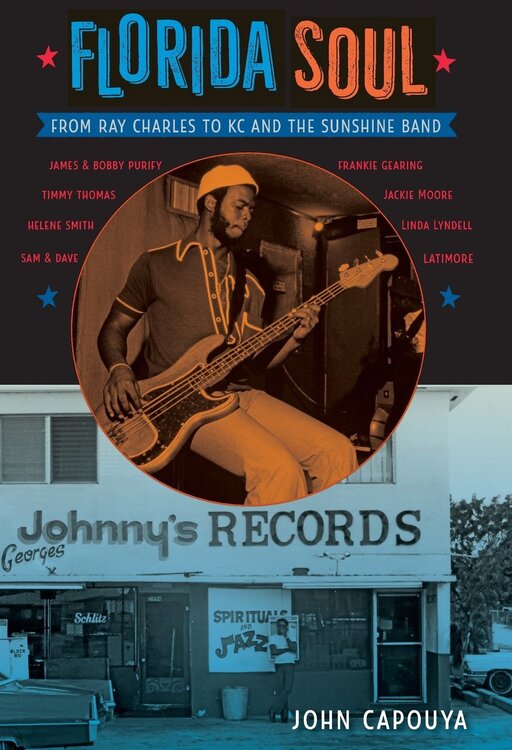 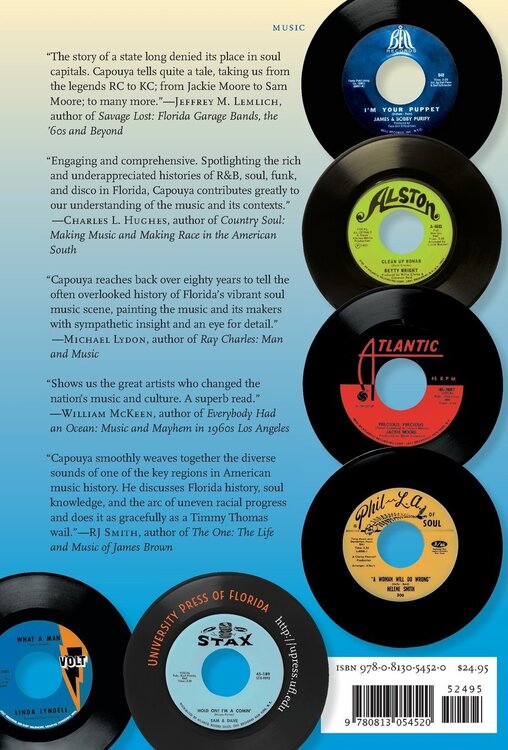 Having already got countless books on Detroit on the shelves, sitting alongside ‘Chicago Soul’, ‘The Philly Sound’, ‘House on Fire – the rise and fall of Philadelphia Soul’ and books on Atlantic and Stax, this is a suitable companion. Well written and researched, informative, suitably illustrated and a nice easy read and as the chapters don’t actually flow into each other, making it a book that you can pick up and put down at leisure without having to backtrack in order to re-establish who was who and where they fitted in.

As you work your way through the artists and characters within this books pages you are made well aware as to the contribution they have made to soul music in general and perhaps it will make the reader search out documentaries such as ‘Record Man’ on Henry Stone and ‘Deep City: The Birth of the Miami Sound’, clips of which can be found on YouTube.

The book is available through Amazon (or try https://www.123pricecheck.com/  for a cheaper option) and is certainly worthy of a place on your bookshelf.