Get It Baby - The Stanley Mitchell Story 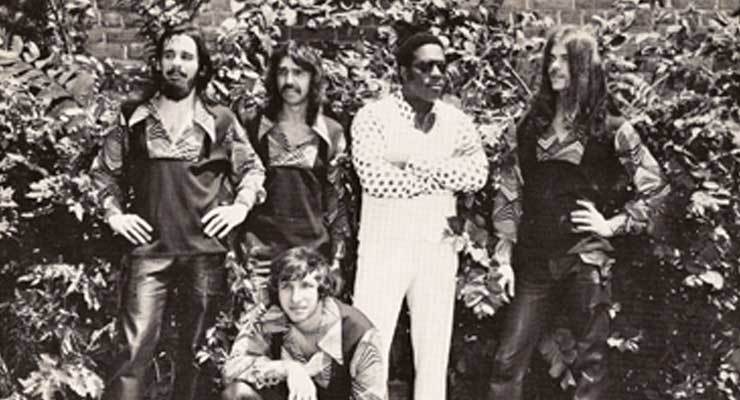 "Get It Baby"The Stanley Mitchell Story

Stanley Rudolph Mitchell was born February 10th 1935 in Detroit Michigan. He was the only boy and the youngest of the four children raised by Mr and Mrs Louie Mitchell. As with so many of his generation his earliest musical influences came from the church. At the Russell St Baptist Church, the Mitchell family's place of worship, Stanley along with his sisters performed regularly as a gospel quartet.

Upon graduation from Highland Park High School in 1955, Stanley joined his first group the Cherokons. Through regular performances at local talent shows Of which they won their fair share the group was eventually brought to the attention of Lionel Hampton. Under the auspices of Hampton the group changed their name to the Hamptones. The other group members were Frank Holt, Joe Miles and Donzelos Gardner.

In 1957 Stanley left the Hamptones to form his own group, Stanley Mitchell & the Tornados. The other members of this new group were, a former Royal/Midnighter Charles Sutton, William Weatherspoon a future Motown songwriter (who wrote a string of hits for Jimmy Ruffin). And finally Ben Knight (who later joined and sang lead vocals on the Brothers Of Souls Shock releases. Ben having replaced the more familiar Richard Knight who at the time was in prison for unpaid alimony). Whilst performing throughout the Detroit metropolitan they were discovered by Alonzo Tucker (the then manager of one Detroit's hottest RnB groups the Midnighters). Through Tucker Stanley & the Tornados were eventually introduced to Phil Chess the group released their debut single the same year, "Four O'clock In The Morning /Would You. Could You" Chess (1649) reaching #5 in the Billboard charts.

In those early days a successful recording often brought financial gain for the recording company but not the performing artist, as was the case here. It was to be another 45 years later before Stanley and his fellow Tornadoes belatedly received the sum of $400 each in back royalties for this recording. The success of "Four O'clock" etc would keep the group in regular employment for the next two years. Until in 1959 when now known as the Tornadoes they recorded their second release for the local Detroit based Bumble Bee label, "Love In Your Life/ Geni In The Jug" (503). Prior to this release, Charles Sutton had left the group to be replaced by Bobby Eaton later of the Brothers Of Soul. This was to be the Tornados last release together as Stanley left the group to join Billy Ward & the Dominos, replacing Jackie Wilson. Although this was to be a short lived affair Stanley did stay involved long enough to appear on the Ed Sullivan Show.

As the 60's dawned Stanley by now performing as a solo artist was invited to New York by End label owner, George Goldner. Goldner had a song in mind for Stanley entitled "Up On The Roof", unfortunately for Stanley his flight was delayed for a few days due to bad weather so Goldner decided to record the song on the Drifters instead. Stanley did eventually arrive in New York and Goldner did get to record a song on him, cutting "Devil In Disguise/ Loving Man" which appeared on Goldners Gone label (5106).

Upon his return to Detroit Stanley continued to work as a solo artist only once considering the merits of a regular day job to help support his two children son Stanley Jr and daughter Mary. A two week interlude with the Chrysler Motor Company soon saw him return to the life of an entertainer. Between gigs Stanley found employment as a session singer with Motown, and Gino Washington's Atac label amongst others. 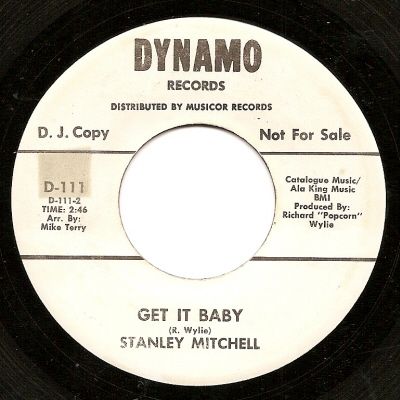 In 1966 Stanley joined veteran Detroit group the Royal Jokers replacing Willie Jones. Although he wasn't present on the groups Wingate release "Love Games (from A-Z)". In 1968 again working as a solo artist Stanley was recruited by legendary songwriter/producer Richard "Popcorn" Wylie. This liaison would produce Stanley's most revered recording in the UK when he recorded the quintessential northern soul classic "Quit Twistin' My Arm/Get It Baby" Dynamo (111). Although recorded in Detroit Popcorn felt the song had great potential to a wider market. At the time Popcorn was part of the team of Detroit songwriters/producers charged with reviving the career of the hit recording group the Platters. The Platters at the time were signed to the New York based Musicor label. Popcorn through this association persuaded Musicor to licence the song from him, Musicor however chose to release the song on their Dynamo subsidiary. Although sales figures of reputedly 12,000 copies have been mentioned the record was to fade into obscurity. Salvation did come some years later albeit from foreign shores, when the records official ? side "Get It Baby" caught the imagination of the dancers within the UK northern soul scene.

"Get It Baby" was only ever intended as a b side to the vocally superior "Quit Twistin' My Arm" with Popcorn asking Stanley to overdub a few sparse lyrics over a backing track incidentally, Stanley never sings "Get It Baby" throughout the entire recording. Circa 30 years on and both sides of his solitary Dynamo release are as popular today as they were at their inception. 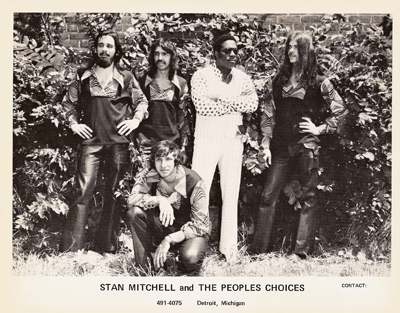 Meanwhile in the Detroit of the 1970's Stanley Mitchell unaware of his new found popularity across the Atlantic had formed a new group, known as Stanley Mitchell & the Peoples Choice (no connection with the group that recorded for the Palmer label) who performed with a more disco orientated sound, they stayed together until the mid 90's.

Stanley once again a solo artist continued to perform becoming more involved in the field of Gospel music. In 2000 Stanley was approached by veteran Detroit drummer/manager R.J. Spangler to join him, amongst others, in a project called the Motorcity Rhythm & Blues Pioneers. As a member of an eight piece band Stanley recorded a cd of 50's RnB standards which was released on the Blue Suit label, securing him and his fellow Pioneers a European tour.

In later life Stanley found out that he had another child, so after some 37 years apart in 2004 daughter Dorece was reunited with her father. Stanley also belatedly found out about the popularity of his Dynamo single in England, and from hearing about the reception given to other artists who had visited these shores he too wanted to come over.

This dream was almost about to come true, negotiations had been conducted and contracts signed, Stanley was booked to appear at the March Prestatyn Weekender 2007. But cruelly fate intervened when at 3.30 am in the morning of Saturday October 14*'' 2006 Stanley suddenly died from a heart attack, aged 71. He had been experiencing heart problems for sometime but never spoke much about them preferring to continue to entertain right up to the end.

His funeral service was aptly held in the same church where as a boy Stanley honed his skills as a performer  the Russell St Baptist Church on Friday October 20* 2006. Stanley Mitchell rest in peace.

Acknowledgements to the late Stanley Mitchell and his Family. Richard Wylie and Ernest Kelley. Also Dave Rimmer and Bosko Asanovic.