This is the fourth instalment of Kent’s “In Perfect Harmony” Series, which concentrates on the sweeter side of group soul spanning the length and breadth of America, highlighting lesser known artists as well as including higher profile acts like; The Pretenders, Brothers Of Soul, Bobby Moore & The Rhythm Aces and The Mad Lads.  The CD contains 24 tracks of which, nine are previously unreleased (including two demo’s from the Stax vaults) and one which first saw the light of day on the Golden State Soul CD (CDKEND 179) in 2000.

The CD starts off the proceedings with The Pretenders falsetto offering, a great record.  Next up is Vernon Green’s 1973 Doontone outing, which is a nice laid back track and as I’m a sucker for telephone conversations in songs, it gets a thumbs up from me.  Following on is Special Delivery’s first release on Mainstream, with Terry Huff’s sumptuous lead supported beautifully by the rest of the ensemble.  The Determinations Girl, Girl, Girl (flip of “Bing Bong”) gets an airing on this CD, although to me it’s a bit pedestrian.  The unreleased Why Can’t It Be by The Windjammers, starts off with a nice spoken into, but also doesn’t really do much for me.  More unreleased material with Whatcha Gonna Do Baby by The Lovers, which is a great Impressions influenced song and I’m indebted to Ace/Kent for bringing these songs to the general public, a winner in my book

01  For The Rest Of My Days - The Pretenders

06 Whatcha Gonna Do Baby - The Lovers 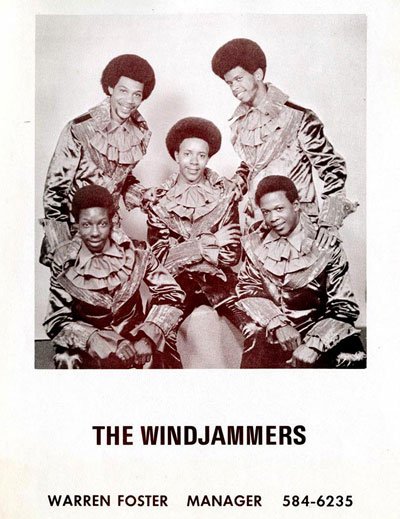 The Smith Brothers release on Shield shows off the greatness of Jack Ashford’s Just Productions.  With strong vocals and swirling strings it’s thoroughly enjoyable, it’s a shame they didn’t record more.  When Wee Gee and Elbert Wilkins left the Dramatics, they toured for a while using the Dramatics name.  They eventually signed to Mainstream and released the dancefloor favourite “No Rebate On Love”.  Following legal proceedings they changed their group name to The Dramatic Experience and released their second single “Sho’Nuff Good Feeling” and tucked away on the flip side was “Someday Somewhere”.  The official A-Side probably wasn’t as standout as it could have been, compared to similar songs at the time, which meant that the superior flip sadly got lost in the wash.

More unreleased material follows, this time from the Webb People and is a pleasant laid back recording, which sounds similar enough to have come from the same session as “Who’s The Biggest Fool”.  The Superbs Dore recording of the Rodgers & Hart show-tune “Where Or When” is a bit MOR for my taste and Shady Lady by Choice Of Colors (another unreleased track); to me sounds like it wouldn’t be out of place if it was on the Grease soundtrack.  The Imaginations “Strange Neighborhood” on Fraternity is a classic piece of group soul and it’s the flip “I Can't Get Over Losing You” included here and has a very throwback feel.  Continuing in that vein is The M-Ms & The Peanuts’ “Without A Word” which shows how the throwback vibe should be done.

10 Where Or When - The Superbs

12 You Better Believe It - Brothers Of Soul

13  I Can't Get Over Losing You - Imaginations

Onto the first of the Stax demos and this Del-Rios track is the earliest recoding on the CD.  It seems the vocals of Louis Williams are an acquired taste and his similarities to Sam Cook are striking, personally I love his voice and this is a really nice addition too.  As a demo, it’s sparse with a basic guitar accompaniment, but that doesn’t detract from what is a good song, well sung.  Ace/Kent have done wonders bringing Louis Williams work back into the limelight with their Goldwax/MGM Sound Of Memphis projects and this song is a worthy accompaniment to those.  The discovery of the “Turn Arounds” unreleased recordings has been a revelation and this is another fantastic song.

The Steelers “Crying Bitter Tears” has been a favourite of mine for many years and as it’s a Chicago recording there are again Impressions influences.  Luckily for vinyl collectors this came out twice (with different flips), so it can be picked up quite inexpensively on Glow Star.  The Perfections “Since I Lost My Baby” is a cover of the Motown classic and is another Jack Ashford production.  The addition of a spoken into really gives it a different dimension and adds to what is a really nice recording.  Jesse Johnsons & Chocolate Fudge’s Thank You Girl was recorded in 1973, but previously unreleased and is a really good example of the genre and I’m glad this recording has finally seen the light of day.

18 Since I Lost My Baby - The Perfections

19 Thank You Girl (For Being You) - Jesse Johnson & Chocolate Fudge

The San Francisco TKOs track was previously released on CDKEND 179.  I’m a fan of Bobby Moore’s work at Fame and this ballad is fine addition to that suite of music.  Initially when I listened to The Natural Resources Unpolluted, I thought it was and okay, but after listening to it a few more times I now find that I really like it, a real grower.  The Fabulous Determinations “Don’t You Make Me Blue” is a good mid 70’s bit of sweet soul and “very” Stylistics to me.   Finishing off the CD are The Mad Lads with the second of the Stax demos.  This a great acapella offering with the lead vocals supported by strong harmonising and gets me thinking that its structure is very similar to some Gospel recordings of the time.

20 Send My Baby Back - The San Francisco TKOs

21 Is Love For Real - Bobby Moore & The Rhythm Aces

23 Don't You Make Me Blue - The Fabulous Determinations 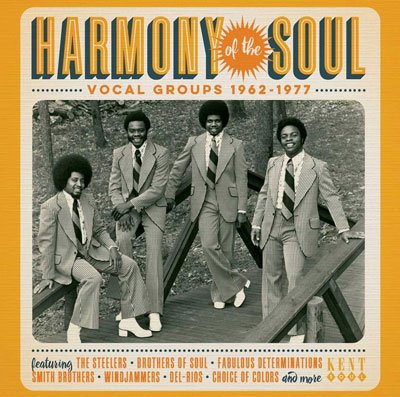 In summation it’s a very good CD, and sits well amongst the previous releases in the series.  This CD also contains enough new material to appeal to both those who do or don’t have the original recordings.  As with previous editions, the compilation duties are shared by Ady Croasdell and Tony Rounce and as usual with ACE/Kent releases, the accompanying booklet is full of pictures and liner notes to keep anyone’s “inner chin stroker” satisfied and gives the reader some insight as to why many of these great songs sank without a trace after initial release.

1. Shady Lady - Choice Of Colors - Choice of Colors
2. I Can't Get Over Losing You - Imaginations - The Imaginations
3. Thank You Girl For Being You - Jesse Johnson & Chocolate Fudge - Jesse Johnson & Chocolate Fudge
4. Without A Word - The M&Ms & The Peanut - The M&M's & The Peanuts
5. Don't Bite The Hand That Feeds You - The Natural Resources Unpolluted - The Natural Resources Unpolluted
6. Since I Lost My Baby - The Perfections - The Perfections
7. Send My Baby Back - San Francisco Tkos - The San Francisco Tko's
8. Whatcha Gonna Do - The Lovers - The Lovers
9. For The Rest Of My Days - The Pretenders - The Pretenders
10. Where Or When - The Superbs - The Superbs
11. Why Can't It Be - The Windjammers - The Windjammers
12. I Want You To Know - The Turn Arounds - The Turn Arounds
13. Can You Talk (Is Your Old Man At Home) - Vernon Green & The Medallions - Vernon Green & The Medallions
14. Let's Make Love (Our Favorite Pastime) - Webb People - The Webb People
15. Let Me Take Care Of Your Heart - The Smith Brothers - The Smith Brothers
16. I Destroyed Your Love Parts 1 & 2 - Special Delivery - Special Delivery
17. Don't You Make Me Blue - The Fabulous Determinations - The Fabulous Determinations
18. Someday Somewhere - The Dramatic Experience - The Dramatic Experience
19. Wait For Me - The Brothers Of Soul - The Brothers of Soul
20. Girl Girl Girl - The Determinations - The Determinations
21. Won't You Call (Demo) - The Del Rios - The Del Rios
22. It's My Fault (Demo) - The Mad Lads - The Mad Lads
23. Crying Bitter Tears - The Steelers - The Steelers
24. Is Love For Real - Bobby Moore And The Rhythm Aces - Bobby Moore & The Rhythm Aces