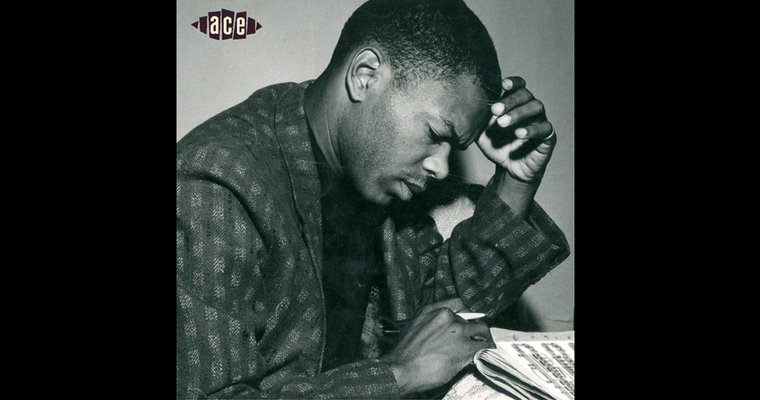 Kent Levaughn Harris was born in 1930 in Oklahoma City into a musical family that moved to San Diego in 1936. He and his younger sister Dimples started their recording careers in 1954 when Kent cut the song ‘1992’ as Ducky Drake for Trend, while Dimples featured on the flip. Dimples would have a long solo career and a shorter one with her two other sisters Betty and Beverly as the Harris Sisters.

The highlight of Kent’s recording career was as Boogaloo and His Gallant Crew, recording ‘Cops & Robbers’ and ‘Clothes Line’ for Crest in 1956; the record went to # 9 on the R&B charts. The A side was covered by Bo Diddley later that year, which in turn led to versions by the Rolling Stones, the Downliners Sect and Wayne Fontana in the UK, when the 60s beat boom began. The flip had a new lease of life when Lieber and Stoller recorded the Coasters on it as ‘Shopping For Clothes’ on Atco in 1960 and it made the Hot 100. Sadly, the duo substituted their name as writers for Kent’s, it was not rectified for many years. Despite his successes Kent preferred to write and produce songs to performing them. He was also a DJ and had a great ear for talent, he spotted and worked with Brenda Holloway, the Whispers, Hank Jacobs and the Mighty Hannibal at the very start of their careers.

For black music fans it was also the smaller acts he worked with that made his talents so appreciated. Blues singers like Donoman, Ray Agee, the Phillips Sisters and ace guitarist Adolph Jacobs all thrived on his songs and productions, while soul singers like Larry Atkins, the Francettes, the Lon-Genes and Faye Ross produced gems under his tutelage. However, it was his work with his wife Ty Karim that he was most proud of. He produced her from 1965 into the 80s on revered recordings such as ‘You Just Don’t Know’, ‘You Really Made It Good To Me’, ‘All At Once’, ‘Lighten Up Baby’, ‘Wear Your Natural’ and ‘Lightin’ Up’. These in particular have grown in popularity from their small beginnings with the local Los Angeles scene to their discovery by the Northern Soul DJs and clubs of the 70s, then on to international admiration throughout the worldwide rare soul scene right up to the present day. Kent and Ty’s music has even continued in live shows when their daughter Karime performed a selection of the songs at the Cleethorpes Weekender and subsequent soul nights around the country. Kent moved into boogie-funk and electro-soul with his Sheridan House releases in the 80s and 90s and continued to run his record shops and stalls into the 2000s.