It has taken a long time for the news to reach me but I felt it wholly appropriate to pass on the news that Linda Tate died in July 2015 at the age of 72.

Linda was born in New Brunswick, New Jersey, and lived most of her life in Metuchen. Linda was an international relations coordinator for Merck and Company for 33 years before her retirement.

Linda is known to us through her recordings at Shrine Records, as Linda & The Vistas, and Assault Records where she fronted the Pretenders.

Despite trying to locate Linda for years I never quite got there ... but thankfully she did learn of the admiration we had for her via the studio engineer, Jim, who was present for the sessions that produced the Shrine 45 and the unreleased version of 'Believe Me' which were both cut at Herb Abramson's A-1 studio in New York.

Jim and I touched base a number of years ago and shared stories ... as often happens such connections slip away but in those intervening years he 'found' Linda and passed on what I had told him. I'm saddened I never got to tell her myself but I'm pleased to know that she did find out about the impact of her recordings on our shores.

In the sleeve notes for the second Shrine CD I wrote .....

Linda Tate heralded from Rochelle, New Jersey, was half-Indian and according to Eddie Singleton, had "a voice like a bird". She had met Eddie whilst going out with Billy Brown, a future member of The Moments, who knew Eddie from their home-town of Asbury Park. Her first recording, ‘Believe me’ / ‘It's not my will’ (Assault 1879), was written, produced and arranged by Eddie and credited to Linda & The Pretenders. Eddie believed that Linda had the talent required to make it big, so never wanting to miss a beat, he had taken her into the studio to cut her next single. The top side which was co-written by Harry Bass, was a bouncy girl group item which belonged to another era; sounding totally out of place as a Shrine 45. The flip was the tender, yet mournful, ballad, which provided such a perfect showcase for Linda's unique voice. The song had been inspired by the assassination of John F. Kennedy of whom Eddie was a great admirer. Sitting at his piano he composed the lyric "He went away and left me crying, He went away and left me blue"; the song, when finished, became 'She Went Away'. The plan to release the new recordings as a follow-up to the Assault single were shelved, as the deal fell through, but Eddie, believing the song to be worthy of release, decided to save it for a rainy day. When Shrine opened for business Eddie wanted to get some product out immediately and it seemed only fitting, given the circumstances of the song's inspiration, that it should become the first release on the label. After all, its very name reflected Eddie's admiration for the murdered President: literally a shrine to the memory of JFK. The single was pressed in early 1965 at the Custom Matrix plant on Long Island and it received some airplay, selling a few copies locally, but more importantly it served as an announcement that Shrine had arrived.

The late Harry Bass also commented that Linda had a voice like a "rare beautiful bird" and said, when hearing 'Believe Me' for the first time since being in the studio when the recording took place, "Andy you  may recall that this is the group that performed the "Boy from New York City" (The Ad Libs) on stage, on the road, when the original group disintegrated right after recording that song. They worked the Apollo in NY and the Howard Theater in Washington. They may have even gotten to London. If you can match a film clip with that act you'll see Linda". I’ve never seen a film clip so have never been able to check that out.

Linda married Alex ‘Sonny’ Campbell, the bass singer in the Vistas, who died in 1973. She never remarried.

Linda told Jim ““I have 2 sons and 5 grandchildren.  It's funny how my "grands" are all instrumentally inclined. I had only run into two of the "Pretenders" several years ago - that is when we were called the Pretenders - there have been many groups by that name since.  As far as I know all of the Pretenders, with the exception of Leonard Mallory, have since died - two from the effects of Agent Orange.  As for the Vistas, I don't know what happened to the other two. My sister has a copy of my original recording of Believe Me - which she will not let me pry out of her hands. I have another copy stashed somewhere.  I can't believe it is selling in rare recordings for such a high price - awesome - I would never sell mine - it is part of my life.

Facing the Vistas photo to your left was my husband, Alex, they called him Sonny. Also shown are "Tenor" and I think James - what a pity - can't quite remember the names as I've had no contact since '64.  All three were not a part of the original Pretenders group since that group began a few years earlier.

The original Believe Me was sung by the Pretenders (Leonard Mallory, Donald Jones, Neil Stateman and Terry ?)  Terry died immediately after completing his Vietnam tour of duty. Donald died of Agent Orange some years back.  Neil is deceased too.” 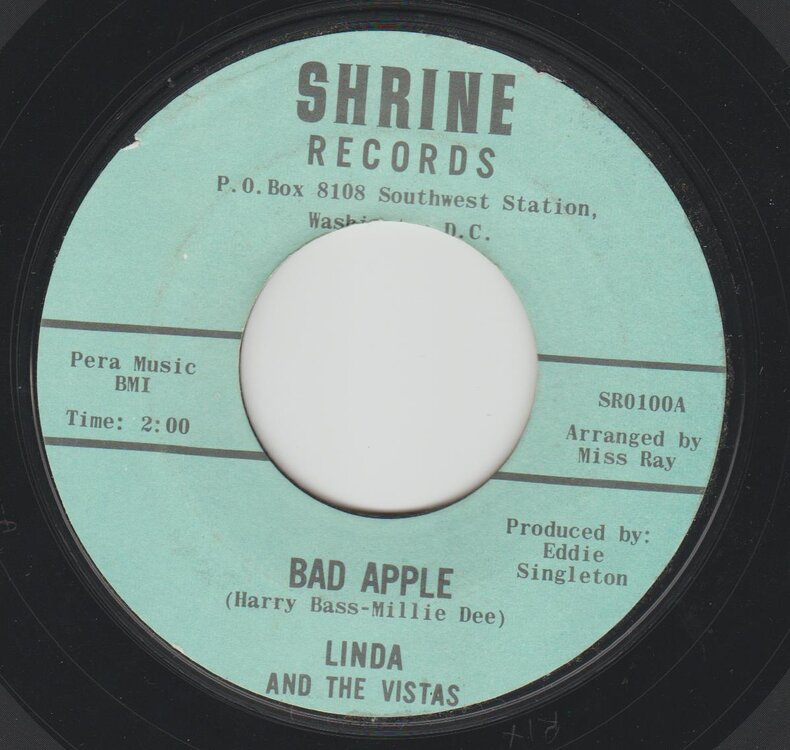 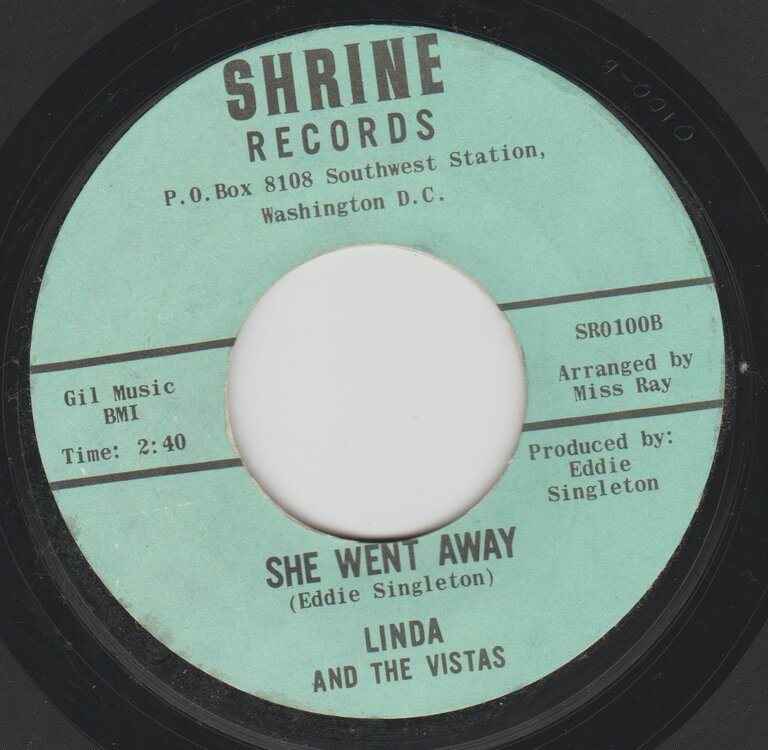 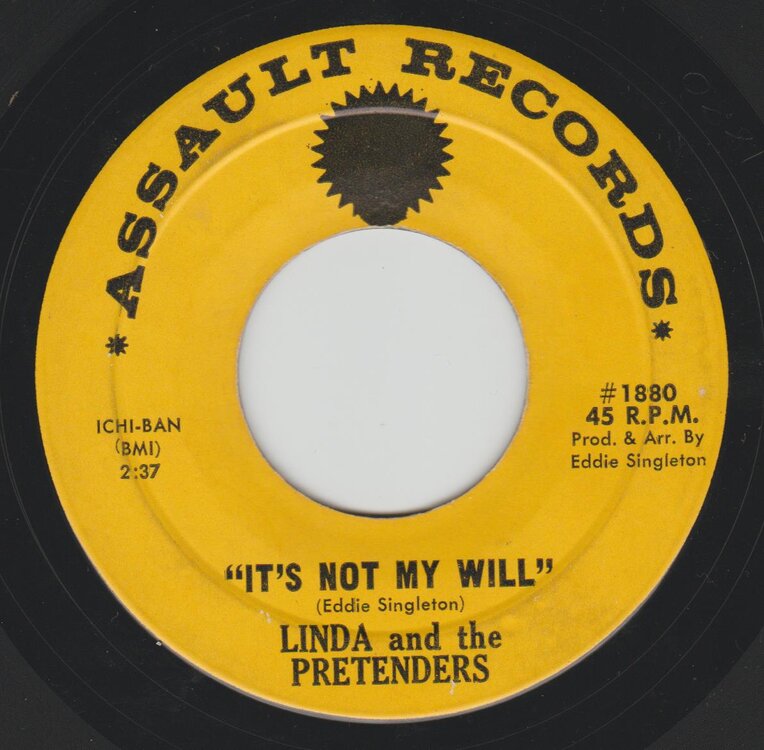 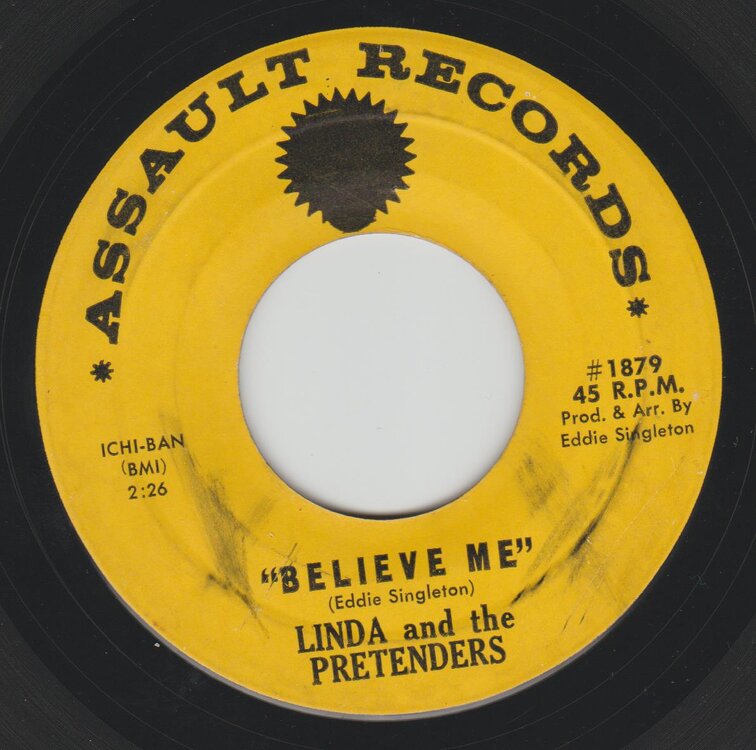 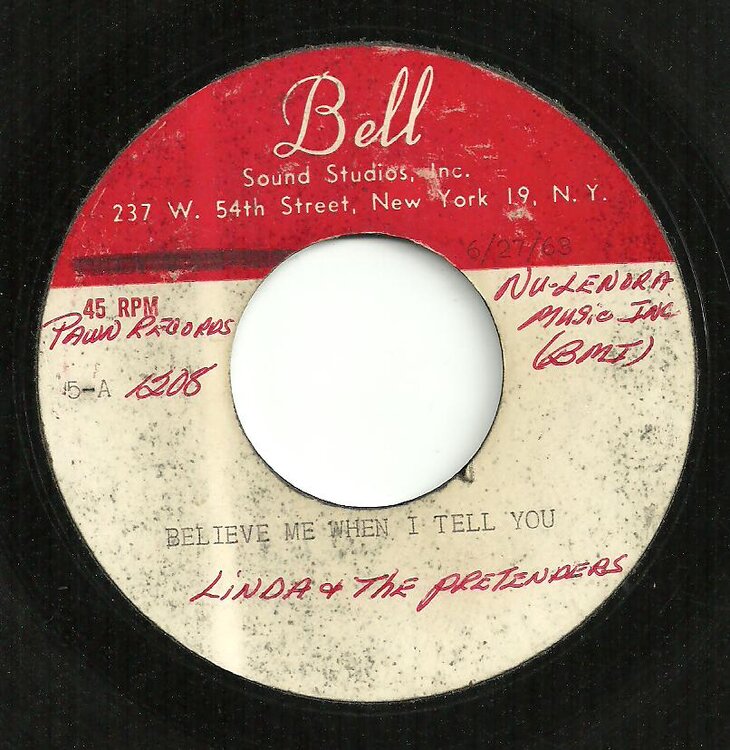 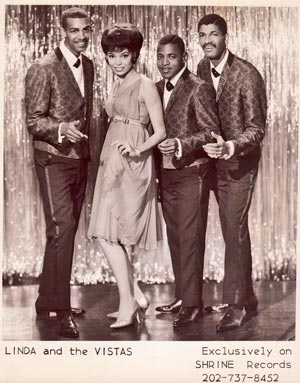