write to the Mag address with your soul letters

I Have just got to have a say in the 60s newie versus modern soul/played out oldies argument, as I have been on the scene since 1972, having started at the Torch through Blackpool Highland Room, Mecca, Va Vas, Wigan Casino, Yate, Catacombs. All the good clubs, with the exception of St Ives and Samanthas. l experienced the first split in 1976 -60s v New York disco, when they said what they have said since, and are saying now,  that there are no quality 60a unknown black records left. It
was Levine in 1976 with Sam on the opposition. It was Sam saying it in 1980 with Searling disagreeing. Now it is Searling's turn to change his colours in 1984.

It seems very convenient for these DJs, after years of turning up mainly class 60s northern soul records, that when the going gets tough they tend to take the easy way out, and fall into the modern soul clone syndrome, they all sound and do the same as each other.... 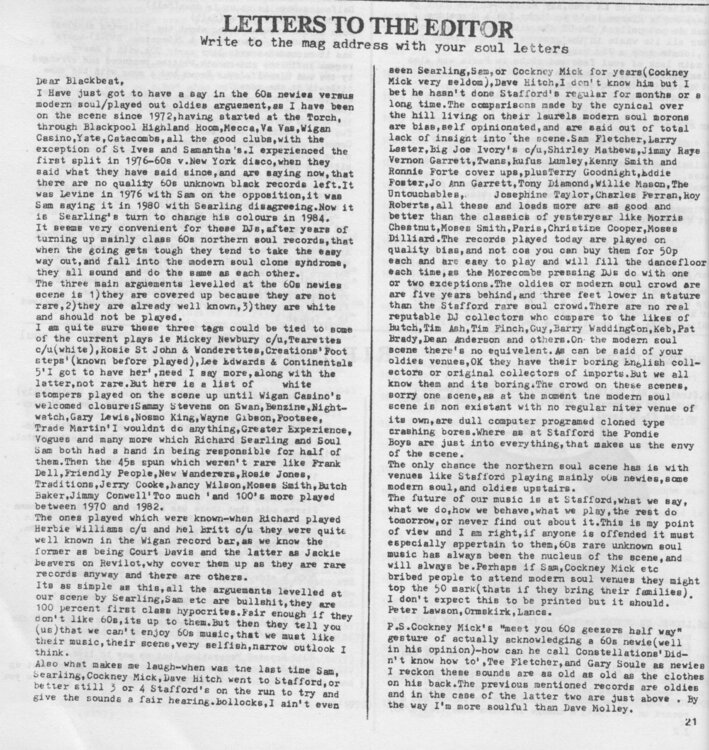