one of the most intricate and elusive figures in popular music

The above figures are certainly impressive and project Green into the soul music spotlight due to those now classic tracks, but as I said, none appear amongst the tracks I listen to, while his career is little more than a blank canvas. I do know, however, that there is a copy of ‘Blues and Soul’ in the loft with his photograph on the cover.

So, McDonough’s book was one I opened with interest, more so as the accompanying press release stated: “Al Green is one of the most intricate and elusive figures in popular music and considered by many to be the greatest soul singer of the twentieth century.” It went on to add that the book had been three years in the making and that the author had researched “all known interviews, articles, books and court records”, impressive in itself, and that Green’s life was “the living embodiment of the collision between the scared and the profane.” It certainly sounded interesting, but was it?

Let me kick-off by saying that I did enjoy it, but found it something of a strange book and in reality it was perhaps two books in one, as it did not simply tell the story of the often turbulent life of the singer turned preacher, but also gave you an insight into the life of Willie Mitchell and Hi Records.

The book, almost 400 pages in length, began in familiar fashion, with his early years, but suddenly, a mere thirty-four pages in, the author proclaims “Al’s going to disappear into the night for a few chapters while we set the stage for his arrival. To understand the greatness of Al Green, you have the experience the unlikely early days of Hi as well as the intricate evolution Willie Mitchell went through to develop that precise and particular Hi sound.”

Some sixty pages later, Al re-appears and from then on it is something of a bumpy ride through his life to date. His songs, band members, women and much more fall under the microscope as he swings from soul/r&b to gospel amid a life that could most probably yielded much more both fame and financially.

Jimmy McDonough, author of biographies of Neil Young, Tammy Wynette, Russ Meyer and Andy Milligan, has certainly researched his subject well, leaving no stone unturned, and paints a vivid picture of Green, a troubled individual at times and a man seemingly obsessed by money amongst other things.

Some biographies drift aimlessly along, a straight road from birth to whenever, with an odd journey down a slip road, but McDonough’s book keeps you interested, with his journey down the slip road to Hi Records giving an insight into the lives of other lesser individuals and gives you, as I mentioned earlier, two books in one.

An intricate and elusive figure as the press release proclaimed, and Green certainly was both and even after reading the book, it leaves you wondering what Al Green could have gone on to achieve if he hadn’t gone off the straight and narrow.

If you enjoy music biographies and don’t already have anything on Al Green, buy this one, it certainly doesn’t disappoint.

Right then, let’s get onto YouTube and give the man a listen 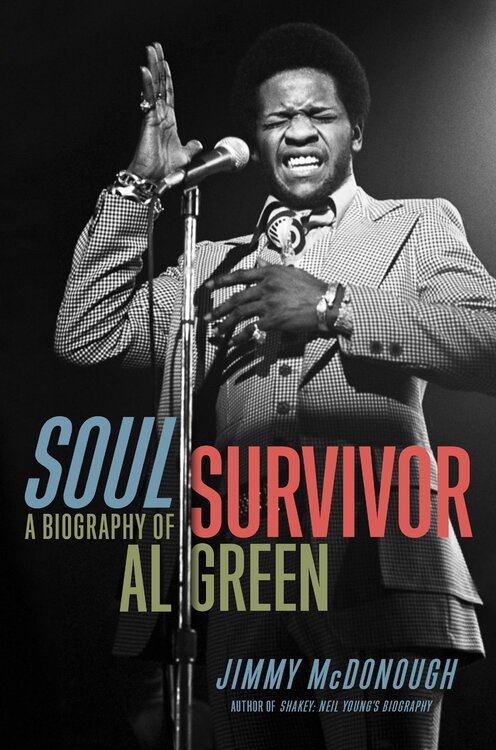