...people arrived, danced, laughed, chatted, and had a great...

Site note - the second in our hoped to be regular feature - A lets have a look at members clubs...

The Benn Hall is Rugby’s equivalent of a Civic Hall, originally run by a private company but lately has gone back into council hands. It’s ideal for the sort of night we wanted to run. It has a capacity of 360, a large foyer for people to chill out and chat, a nice, modern bar area for the record dealers and two rooms for music, both with their own dancefloors.

Although we always wanted to run allnighters, the Benn Hall initially would only let us run a Soul night until 2.00am, so on the 15th February, 2003, Rugby Soul Club opened it’s doors for the first time. 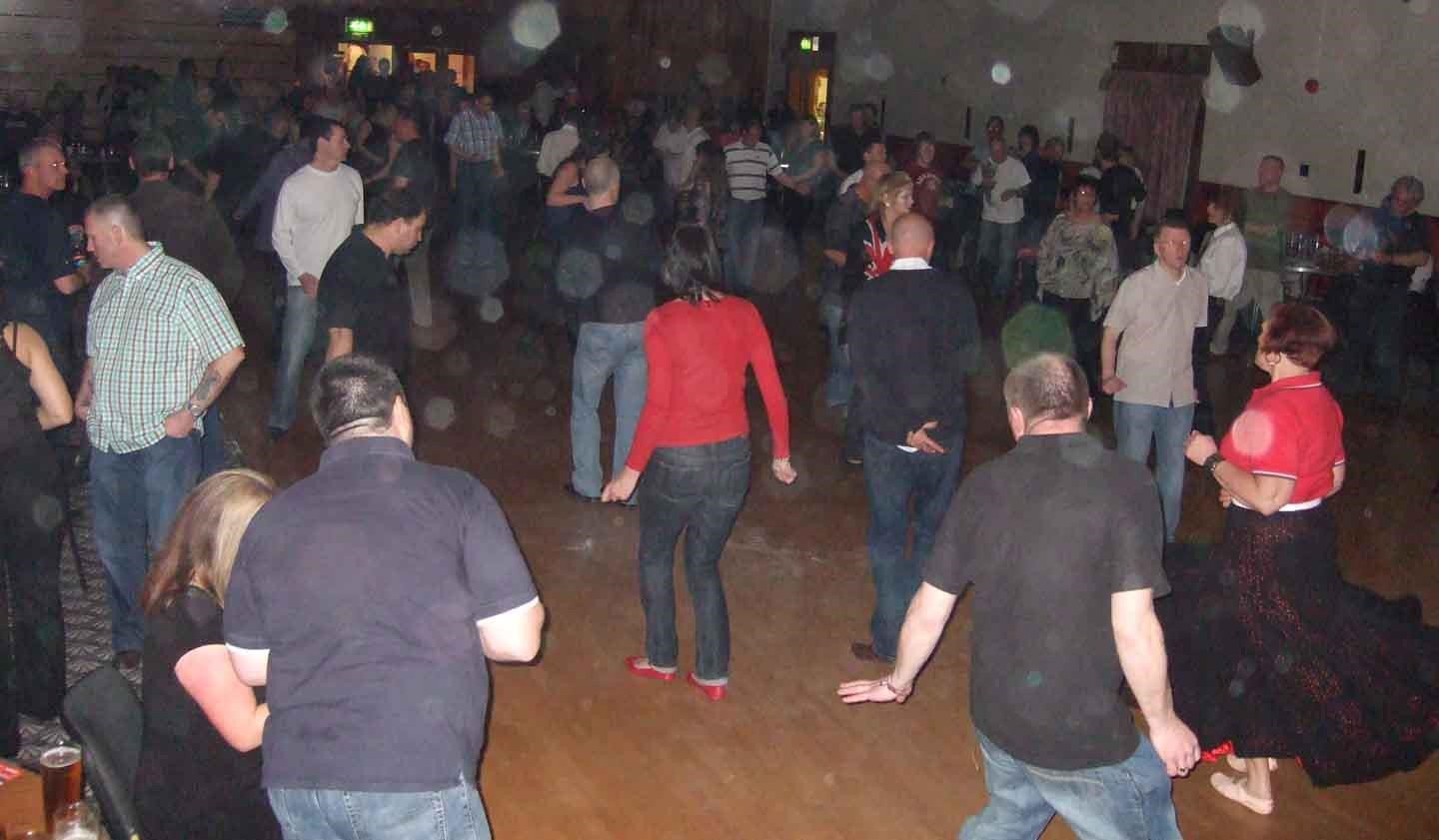 Around 250 people turned up for the first one, and the night was considered a success by those who attended, the music played was truly across the board.

The first record to be played at Rugby was - TSU Toronadoes - What good am I - Atlantic. Sian had suggested - Darrell Banks - Open the door to your heart - Revilot, so the others involved (Dean & Matt) promptly picked the other tune...lol.

Dave Rimmer finished the night off with the three that have become the traditional ‘enders’ at Rugby.

Johnnie Mae Matthews - I Have No Choice - Big Hit

As ‘The Drifter’ was playing the management at the Benn Hall turned the lights on and people just kept on dancing. That has also become a tradition. Dave Rimmer still plays the same three records at the end of the allnighters and it is still wonderful to see a full dancefloor with the lights on. That will always be one of our abiding memories when we are all old and senile, it’s a wonderful end to the night.

Not wishing to run too many nights a year we booked five dates for 2003 (and to make sure we secured the venue, we also booked five dates for the following three years as well.) They were February, April, June, September and November. We’ve continued with these same five months right up to the current day and have just rolled the bookings over so have dates booked right to the end of 2017.

For our first Anniversary we held an alldayer (mostly to get the staff used to running a longer event). The following two years flew by and the club was beginning to gain a reputation for booking quality DJs and playing a true mixture of styles.

The first major change came on the third Anniversary when the ‘Modern’ room was changed to the ‘Freestyle Room’. In all honesty there wasn’t the support for a room that was dedicated just to Modern Soul, so the room was not being used to its best advantage. In addition, we had a long list of DJs who wanted spots, and we never seemed to be able to fit them all in.

So, the ‘Freestyle Room’ allows up and coming DJs and established DJs, the opportunity to play something different to what is being played in the main room. As the name suggests, we have had all sorts of spots played in there, from R & B, underplayed Sixties, Modern, Latin, and the late Pete Robinson from Worcester played a Jazz Funk spot. The dancers arrived with whistles and tambourines !

The room is still popular and there is still a long waiting list to DJ in there, so we know we have got the format right. Anyone who wants a spot in there only has to ask & we will put their name on the list.

Having proved to the Benn Hall management that we were capable of organising and running successful nights & following the change in licencing laws they agreed to our first allnighter.

We had always wanted to progress onto all-nighters & now we finally got our chance. We had a fantastic turnout. Loads of people arrived, danced, laughed, chatted, and had a great time. We were so pleased. 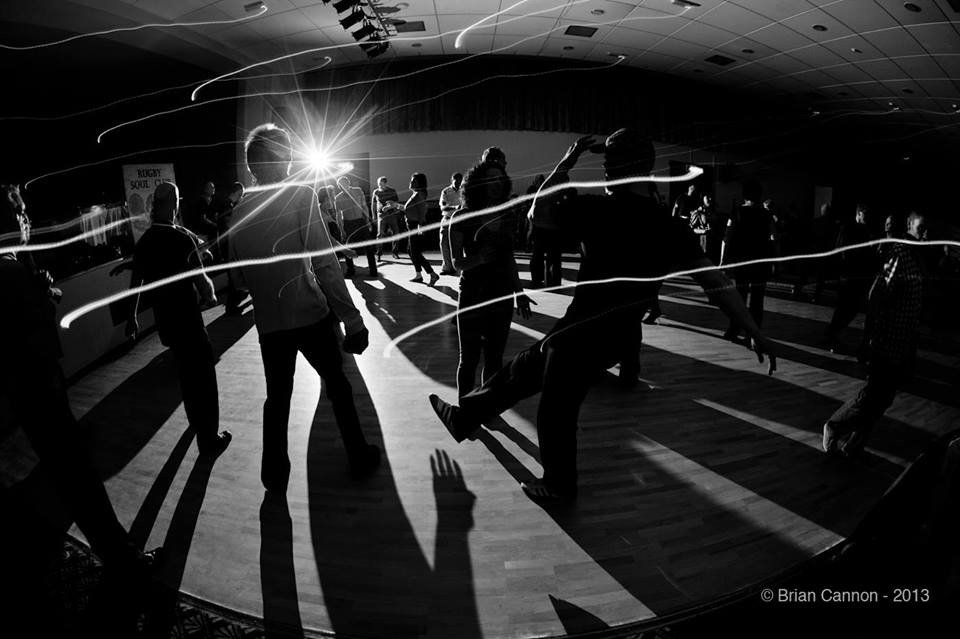 Over the last eleven years the Main Room has developed a reputation for playing the complete range of music that comes under the ‘Northern Soul’ banner these days and the DJs we have booked over the years have been picked to enhance this reputation.

We’ve also used DJs from all over the world as guests and the list now stands at: English, Irish, Scottish, Welsh, French, German, Australian, Dutch (Although they were ex-pats living in Australia and Holland), American, Swedish, and following our last allnighter, Mexican. (Dave Rimmer helped us put that list together and the one he forgot was the American DJ. A bit ironic really, as the American DJ we had was Jessica, his fiancé!)

By the ninth Anniversary (2012), Adam had decided to step down & then in 2013 Matt Smart did the same, so we finally offered Dave Rimmer a residency (A long standing joke really because he had been a ‘guest DJ’ at every night from day one). Phil Shields and Kenny Aitchison were also offered residencies, so these three are now our regular team.

Phil plays an eclectic mix of rarities and underplayed sounds that deserve more exposure. Originally from Belfast, he actually moved to Rugby a couple of years ago because he was fed up of having to fly over for every niter.

Ken tends to play whatever he wants, and it always works as well, his spots have become legendary in their own right. Funnily enough he also moved to Rugby earlier this year from London.

We’ve now just passed our eleventh Anniversary. Rugby has gained a reputation for not only playing quality music but also as ‘the friendly’ allnighter. There is certainly something in this as the atmosphere always does seem more like a big party for friends and that’s how we view everyone that comes through the door.

The final thing that has become a tradition at Rugby is the mistake on the flyers! Despite having run over fifty events, Sian still manages to make a mistake on the flyers almost every time, sometimes trivial, sometimes quite major. Although the worst was when she put the wrong date on the flyers and had had 5,000 printed. Being somewhat inventive, she printed 5,000 stickers with the correct date and stuck them all on. She thought she’d done a great job until Dave Rimmer came up with a flyer with no sticker on. She panicked and said she would have to collect all the ones she’d already put out on tables at the Benn Hall. She set off in a rush and only stopped when Dave called her back and showed the sticker he’d peeled off the flyer! He really is a swine sometimes!

Our dates for the rest of the year are:

And we start at 8pm and run through until the lights come on at 6am.

Come along and give us a try if you haven’t been before, and if you have, we will welcome you back as an old friend each time. 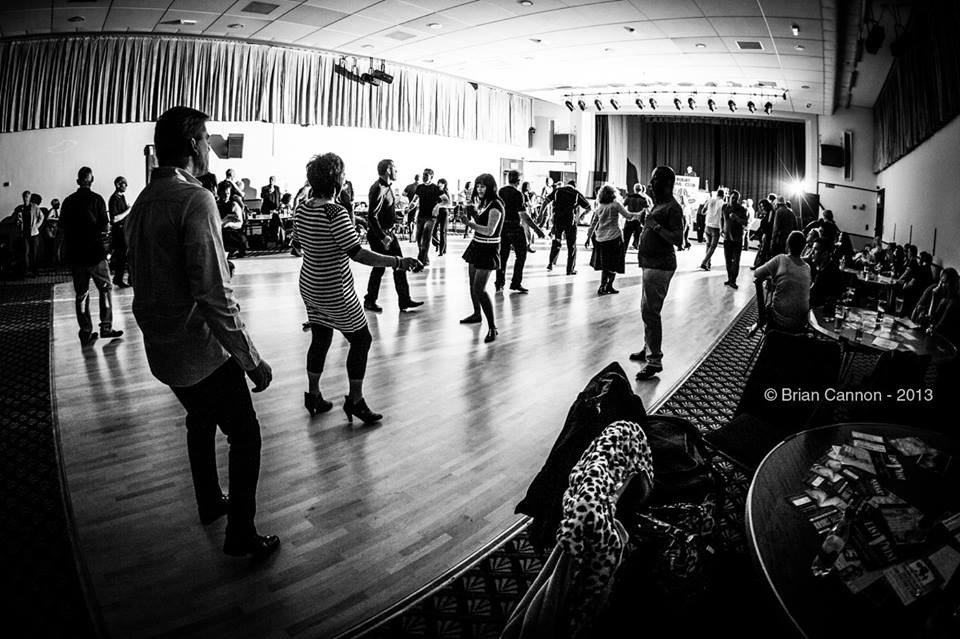 We’ve asked our three residents to list five of their favourite tracks to give you a flavour of what to expect:

Freddie Williams - Live while you can - Holywood

Lovers - Without a doubt — Frantic

The Volcanos - A Lady’s Man - Arctic

The Magnetics - I Have A Girl - Ra-Sel

The Martels - Where Can My Baby Be - A La Carte 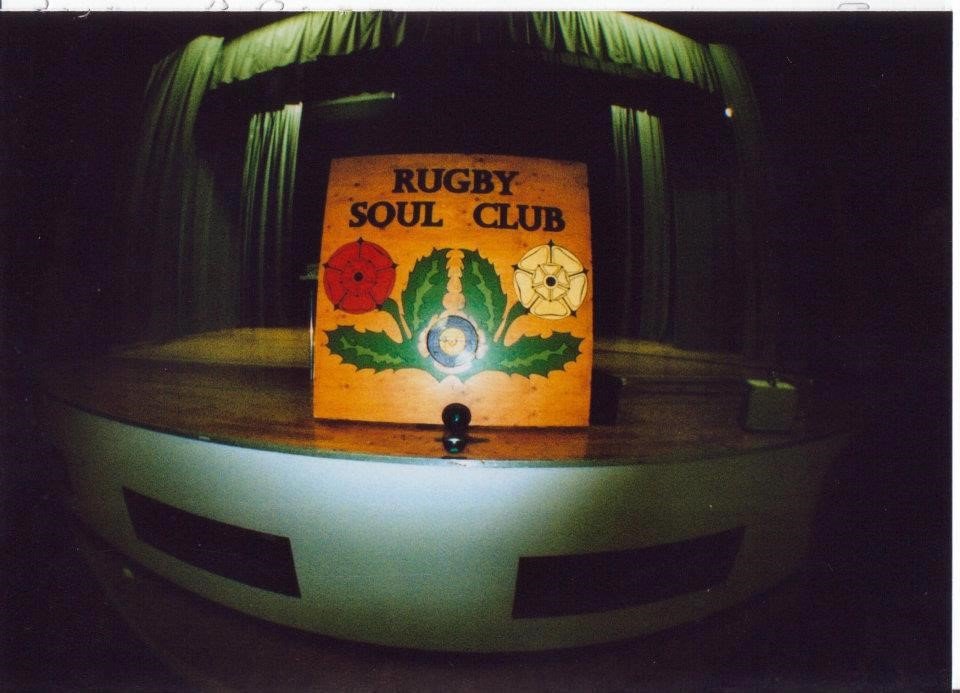 If you are involved with or just enjoy any soul club and wish to pass on word to other soul fans then just get to here and read...

Sian. What a fabulous review of your great venue. Long may it continue. Hope to catch up soon .

You can catch Phil, Ken, and me doing a Rugby soul Club Showcase this Saturday afternoon at Skegness weekender

only been going for the last couple of years but love it...great venue,tunes and people..well done all

Great review of a place that's an absolute pleasure to visit.Our very first jaunt down the M1 we knew we'd be back time and time again.Sian it's credit to you and Dean long may it last. See you in June.

I just can't wait to get back to those wheels of steel again, see you all soon

Great venue. Rugby -one my fave Allnghters, and you'd be pushed to find better anywhere. The freedom the DJs have in the "Freestyle Room" is ace. I know you put loads of effort into making this event a success Sian, and it shows. Well done! - and thanks to Messrs. Phil Shields, Kenny Aitchison, and Dave Rimmer and everyone who works behind the scenes.

I have only attended your excellent allnighter once in 2012,I was very impressed with it. Due mainly to my shift pattern that never falls right for your events.This is fortunately not the case in September when I shall be making my second visit.

Well you think of Rugby and the good things to have come out of Rugby, Sian they do let her out on occasions, thankfully she does go back. The first time I met Sian was we met at a party in York and we were talking at the top of some stairs and she lost her footing and grab the nearest thing to her to regain her balance, that was me and she launched me down the stairway to heaven and we have been mates since. The game of Rugby, some people say "A thugs game played by Gentlemen" meet Sian you will know what I mean, is that a good thing to come out of Rugby? Cement used in many foundations and gluing buildings together and you could say that about the friendships forged by this Rugby Soul Club. Then their's Mr Kipling cake, don't you just love um, an exceedingly good alnighter me thinks

Quality people, great venue and mix of music in 2 rooms... Promoters with that thing we call soul...x

Of my Brittany, I decide to spend a few days in England to visit Nottingham, Stoke-on-Trent, buy records, drink John Smith's pints, and to make a night soul or an allniter.

My choice concerns to Rugby.

I shall never regret this choice because I received a fantastic and very warm welcome on behalf of Dean and Sian as well as of all the people there whom I was able to be next this evening there.

By pushing the doors of Benn Hall this first evening, I felt what I had felt previously: excitement and pleasure to listen to fabulous records, to dance and to share, in spite of my rather basic English!

10 years later, me always feels this excitement and this happiness of sharing it 10 hours of non-stop soul.

During those ten years, i've met some great people that are friends now

Rugby Soul Club is forever in my heart