The Esquires - The Family Tradition Continues.

Legacy of one of Milwaukee’s finest harmony group’s is being kept alive by their children.

The Esquires: The Family Tradition Continues.

The Musical Legacy of one of Milwaukee’s finest harmony group’s is being kept alive by their children.

The original Esquires were a vocal group from Milwaukee, Wisconsin, originally formed in 1957 as a high school group by Gilbert (Gil) Moorer, his brother Alvis, and their sister Betty. They originally began performing under the group name of Betty Moorer & The Esquires.

The Esquires (from left) Sam Pace, Millard Edwards, Alvis Moorer and Gilbert Moorer at the Apollo Theater in New York City in 1968.

The Esquires' line up during their early years saw several different changes, one of the later key members was tenor Sam Pace who initially joined the group in1961. Sam would also later become a fully fledged Moorer family member through his marriage to the Moorer’s younger sister Patricia in 1968. During 1965 sister Betty left the group with the remaining members reverting to the shortened name of ‘The Esquires’. Betty would later live and work out on the West Coast performing under the stage of ‘Tori Jackson’, but after many years of living away she has recently returned to her Milwaukee roots. During 1966 her replacement in the Esquires was Shawn Taylor who recorded the solo outing “Too Late To Turn Back Now/Put Me Down Easy” for Lenny Lacour’s Magic Touch Label.

The Esquires now consisting of Gilbert Moorer, Alvis Moorer, Sam Pace, and Shawn Taylor now felt that were ready to try for a record deal and headed for Chicago, where they first met and auditioned without success for Curtis Mayfield who was then operating the Windy C and Mayfield labels. Hawking themselves around the Windy City they eventually came to the attention of Bill "Bunky" Sheppard. Sheppard was owner of the Chicago based Constellation label, who’s artist’s roster included Gene Chandler, Nolan Chance, Dee Clark and Holly Maxwell amongst others. Sheppard was presented with the Gilbert Moorer penned demo song "Get On Up," which he liked. It was Sheppard's intention to record the Esquires on Constellation, but he first decided to use them as backing singers on Mill Evans (a.k.a Millard Edwards) 1966 outing “Thing Won’t Be The Same” the a-side of “I’ve Got To Have Your Love” (Constellation 170) a reputed failure at the time, “I Got To Have Your Love” would later find fame becoming a respected classic during  the early years of the UK northern soul scene.

With the Constellation label folding late in 1966, Bill Sheppard then formed the Bunky label, which was where The Esquires with the addition of Mill Evans to their line up came into their own, releasing their debut single, "Get on Up," during 1967.  With national distribution being secured By Bill Sheppard through New York-based Scepter Records "Get on Up" became a huge success, soaring to number three on the R&B charts and number 11 on the pop charts. 1967 would also see the release of  sister Betty’s solo release “Speed Up/It’s My Thing” on Scepter records sister label Wand.

"Get on Up" would bring Esquires to national prominence through radio airplay and theatre appearance’s which included such notable venues as the Regal in Chicago and the Apollo in New York. In between “Get On Up” and their follow up release “And Get Away” Shawn Taylor was to leave the group (to return later). “And Get Away” was very much in the same Style as “Get On Up” and subsequently charted at number 22 pop and number 9 in the R&B, charts now enjoying a winning formula the group recorded their debut (and only) album under the amalgamated title of their two hit 45’s “Get On Up And Get Away”, The album also featured their only Constellation release “Things Won’t Be The Same” and a song which Mill Evans composed with Bill Sheppard on a road trip to New Orleans, “When I’m Ready” The song “When I’m Ready b/w Trying To Find A Home” would also gain a 45 release on Marshall Sehorn’s Tousea label. The group’s popularity spread internationally with “Get On Up” and “And Get Away” gaining 45 releases on the UK Stateside label and their respected album appearing on UK Decca’s London Label. Their releases can be found on many European labels also. 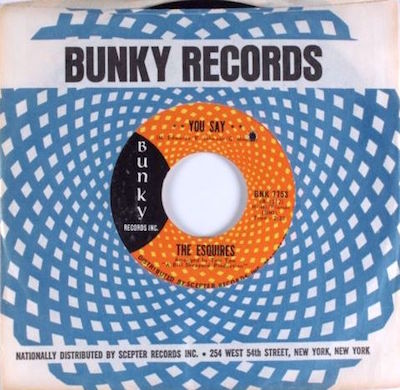 Three further 45 releases followed during 1968, “You Say/State Fair”(Bunky 7753), “Why Can’t I Stop/The Feelings Gone” (Bunky 7755), “I Know I Can/How Could It Be” (Bunky 7756) With the flipside of the final Bunky release “How Could It Be” being a current popular spin within the UK and European Rare Soul Scene. Leaving Bunky Records to sign directly with Scepter, the group were placed on Scepter’s Wand imprint. Where they  record a further two excellent singles, "You've Got the Power" and "I Don't Know," which reached numbers 29 and 37 on the R&B charts, respectively.

After just one year, they returned to Bunky (Bill) Sheppard  who took them to Capitol Records in 1970 to record their solitary release "Reach Out/Listen To Me”. Shawn Taylor returned to the group line up on this release as Mill Evans/ Edwards had left. The group’s next release appeared on Lamarr Records with "Girls in the City/Ain’t Gonna Give You Up" which got to number 18 during 1971. In 1972 Bunky Bill secured a deal with Nashville based ‘Cutlass, Records for the release of one of his productions on Mill Edwards entitled “I Found Myself”, one can only assume that also included in the deal was the release of The Esquires song “My Sweet Baby” coupled with the previously unissued “Henry Ralph” on Cutlass’s subsidiary label Hot Line. “My Sweet Baby” until then had only ever been released on the group’s 1968 Bunky album.  This coupling of “Henry Ralph” b/w “My Sweet Baby” was then to receive a release on John Abbey’s Action label (on the 70’s grey label design). The songs official A-side was “Henry Ralph” and featured another Milwaukee vocalist and friend of The Moorer family David Bursey as the songs baritone lead. David was a former member of the Candi-Bars “I Believe In You” on (Candi-Stix),  and was also  Noah of “Got To Get Away” Candi-Stix fame.

Further Esquires releases included “Ain’t No Reason/Baba- Daba-Do on the B&G label (1970). Together with their excellent group cover version of Detroiter Jimmy Delph’s “Dancing A Hole In The World b/w That Ain’t No Reason” Rocky Ridge Records. Followed by “Let Me Build You A New World/Stay” on New World Records (1974). A later rework of “Get On Up ’76 on the Ju-Par Label. The 1979 release “My Lady/The Fish” on Lasco Records and their final release “The Show Ain’t Over/What Good Is Music” released as both a 45 and 12” single on the Cigar Man Music label during 1980. 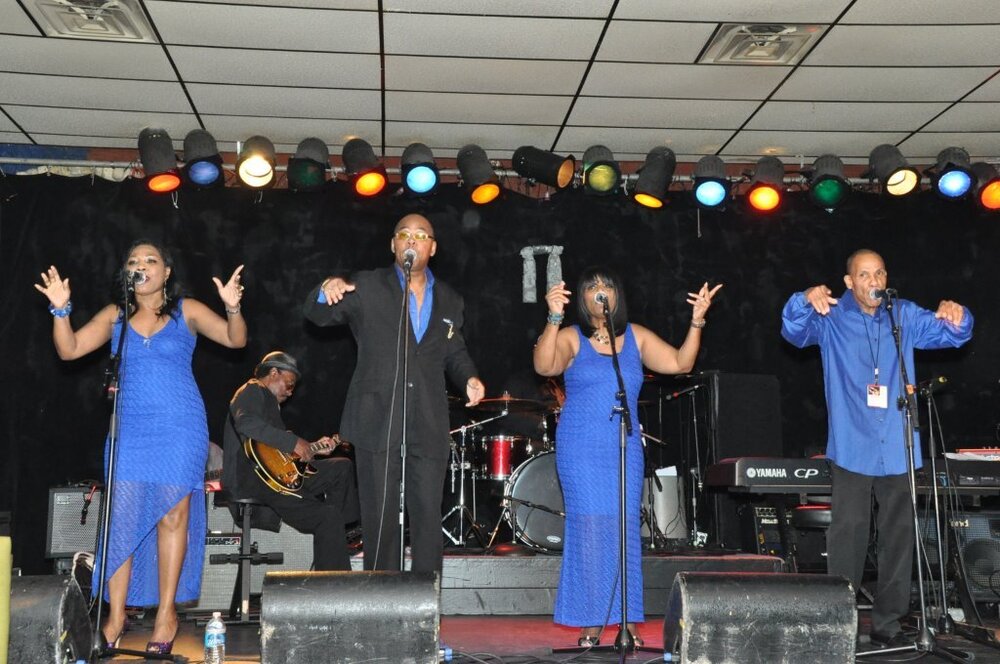 Sadly both Gilbert(1941-2008) and Alvis Moorer (1940-2012)and Sam Pace (1944-2013) have all passed away but it is the sons, daughters and nephews of  these former Esquires who are keeping the family name and tradition alive as you hear from cover versions of their parents songs (posted below). The current group features John Moorer (the son of Gilbert Moorer), Alexis Moorer-Rodgers and Linda Moorer-Durham (the daughters of Alvis Moorer) and Alvis Moorer Jr. This later group was formed following the death of Gilbert and were coached briefly by Alvis Sr and their Uncle Sam (Pace) who also briefly performed with them before his untimely death after a long illness in 2013. Their current mentor is another of their uncle’s Rudy Jacobs, a guitarist himself and the group’s current musical director. 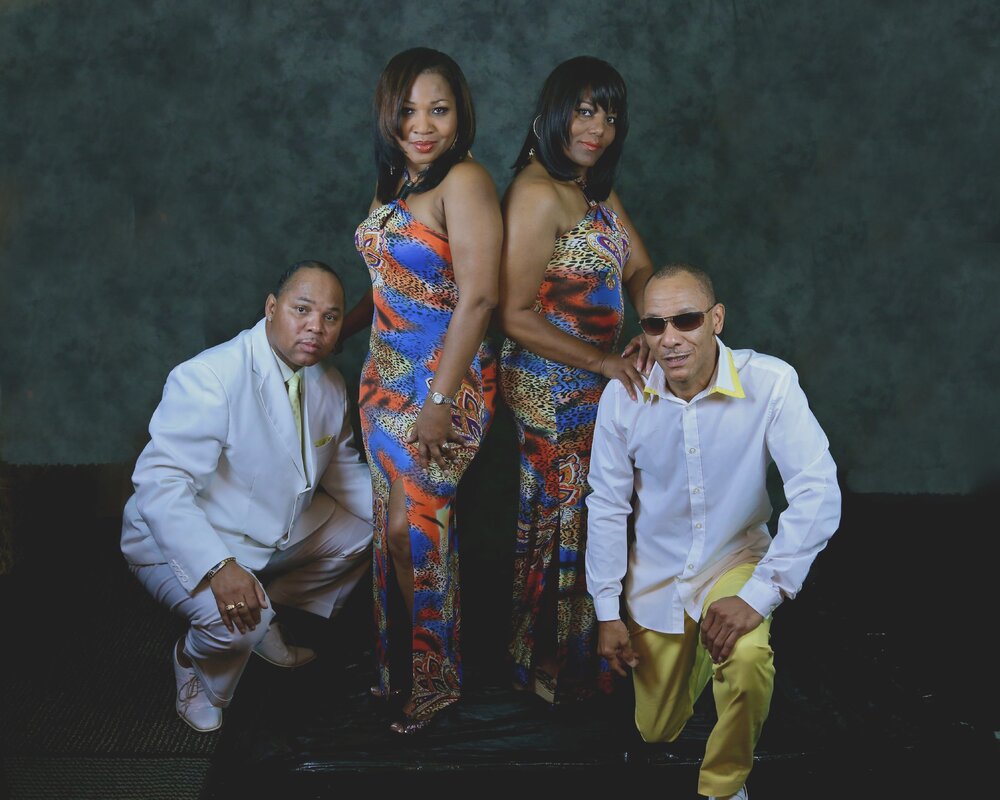