the discovery of a large number of previously unknown recordings...

Winford 'Johnny' Terry's career in the music business began in the 1950s when he collaborated with James Brown to write his first major hits,'Please please please' and 'Prisoner of love'. In 1963 he joined the Drifters as a bass singer and contributed to such classic hits as 'Under the boardwalk' and 'Saturday night at the movies' amongst many others, before leaving the group, in 1965, to concentrate on his own productions. One of his first efforts featured two Detroit singers he christened the 'Just Brothers' for the tiny Lupine label in the winter of the same year. The 'A' side was a competent close harmony vocal performance whilst the flip was a 'filler' instrumental called 'Sliced tomatoes' featuring only two guitars, a bass and a drum track. The record sunk without trace. Ironically, both sides resurfaced almost a decade later when Terry joined the fledging new company set up by his wife's brothers, Brian and Edward Holland, and re-introduced the Just Brothers to the world. 'Sliced tomatoes' was issued on the Music Merchant label in 1972 towards the end of HDH's phenomenal run of chart success, but sold poorly in America. Although only available on import, the opposite was true on the 'Rare soul' scene in Britain. 'Sliced tomatoes' became a dance hall classic and achieved a cult status that eventually led to it being sampled by an English DJ and becoming a universal success under the title 'Rockafella skank.' Johnny Terry's further contribution to the Detroit music scene included top flight productions on Jack Montgomery ('Dearly beloved', 'Baby take a chance on me' 'Do you believe it'), the Honey Bees ('Never in a million years' 'Let's get back together') and more classic sides from the Just Brothers including the magnificent 'Carlena'. 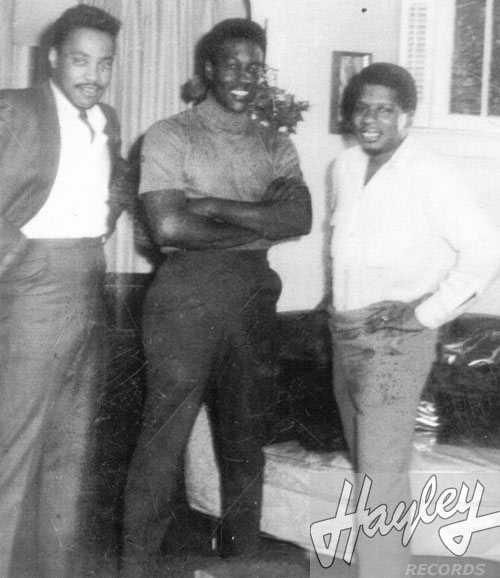 On a cold and dreary Saturday morning in May 2012 the owner of a Detroit record store drove just over 30 miles north west of Detroit to the affluent community of Northville in search of old vinyl records and associated memorabilia. Wade Kergan of Hello Records read an Estate Sale listing in a local newspaper featuring a wide variety of household goods and furniture for clearance, including records, and decided to investigate. His contact with the organising agent would lead to the discovery of a large number of previously unknown recordings from the Invictus/Hot Wax and Music Merchant labels of the early 1970s. She directed him to a number of cardboard boxes she had 'saved' from a large house on the west side of Detroit that was in the process of being sold but had been burgled on the previous day. The boxes contained a number of 10” acetates, some posters, family photo albums and other ephemera. It transpired that there had been other acetates in the property but that these had been been removed in the robbery. Having purchased the boxes, Kergan soon realised that the contents once belonged to ex Drifters vocalist and erstwhile record songwriter/producer Johnny Terry and his wife Carol (Holland). The 'missing' acetates subsequently surfaced in other Detroit record shops and eventually gained public exposure.

An acetate disc is created by using a recording lathe to cut an audio-signal-modulated groove into the surface of a special lacquer-coated blank metal disc; a real-time operation requiring expensive, delicate equipment and expert skill for good results. They can be played on any normal record player but will suffer wear more quickly than vinyl. The producers and technicians at the HDH studio frequently made acetates from sessions to hear what the music sounded like on disc, as opposed to high quality tape, and to assess arrangement, mixing or technical issues. The large number of labelled acetates found among Johnny Terry's possessions provides a tantalising insight into the production process at the studio. There are different versions of some songs or different durations for others, with most containing Brian Holland's hand written comments that range from a curt 'Rejected' to more positive instructions designed to improve the quality of future efforts. The bulk of them gained a release, whilst others never saw the light of day, despite exhibiting considerable commercial potential. Some play at 33rpm whereas most run at 45rpm and some are in mono with others in stereo. All three labels are represented as well as several unreleased tracks from the Warner Brothers album on Dionne Warwicke that HDH and Richard 'Popcorn' Wylie wrote and produced. How Terry came to possess them is also a mystery. No matter. The fact that he had them at all has enriched our appreciation of the great talent assembled at the Tower Theatre in Detroit, home of Holland Dozier Holland's studio, and the superb music they produced.

Thankfully, Harmless Records is to release many of the previously unissued tracks, as well as other obscurities, in a 7” vinyl box set scheduled for December 2014. Artists like Chairmen of the Board, Eloise Laws, the Barrino Brothers and many others will be featured. 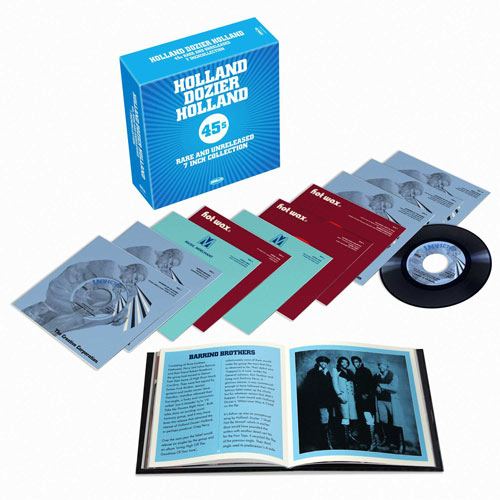 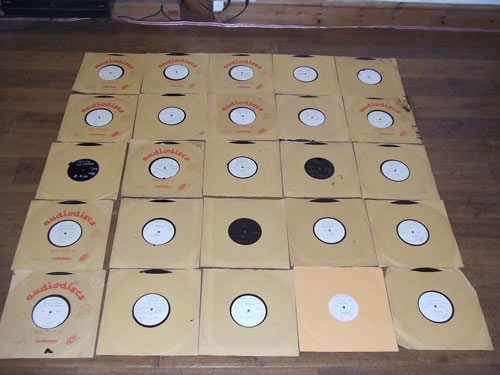 The 26 10” acetates in the collection will be sold as a 'Job lot' in a 'Sealed bid' AUCTION to the highest bidder. Bidding will close at midnight on TUESDAY 7th OCTOBER 2014. A minimum bid of £1500 is required. Winning bid and bidder will be confidential.

All acetates are in very good condition. A full list is follows:

NOTE: All versions of 'Baby doll' are different — combinations or lack of background vocals, horns, strings and varying lead vocals.