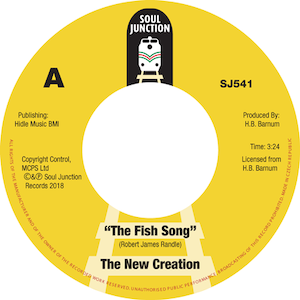 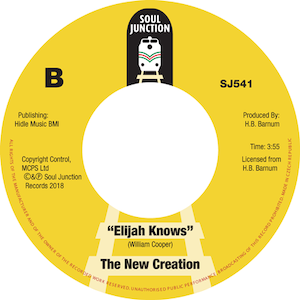 The New Creation were a five piece ensemble made up of family members Robert James Randle (Aka Rasheed Shakoor Sr) his son Keith Randle (aka Rasheed Shakoor Jr) their nephew/cousin Mel Houston. Mel’s stepfather William Cooper (aka Wali Ali) and a fifth unrelated member only remembered as Wayne E-2X.

The creator of The New Creation was William Cooper a guitarist who had previously worked with Norman Whitfield at Motown and had toured with The Undisputed Truth and The Jackson Five. He had also been employed by HB Barnum as part of Areatha Franklin’s touring band an association that would be relevant in The New Creation’s story. 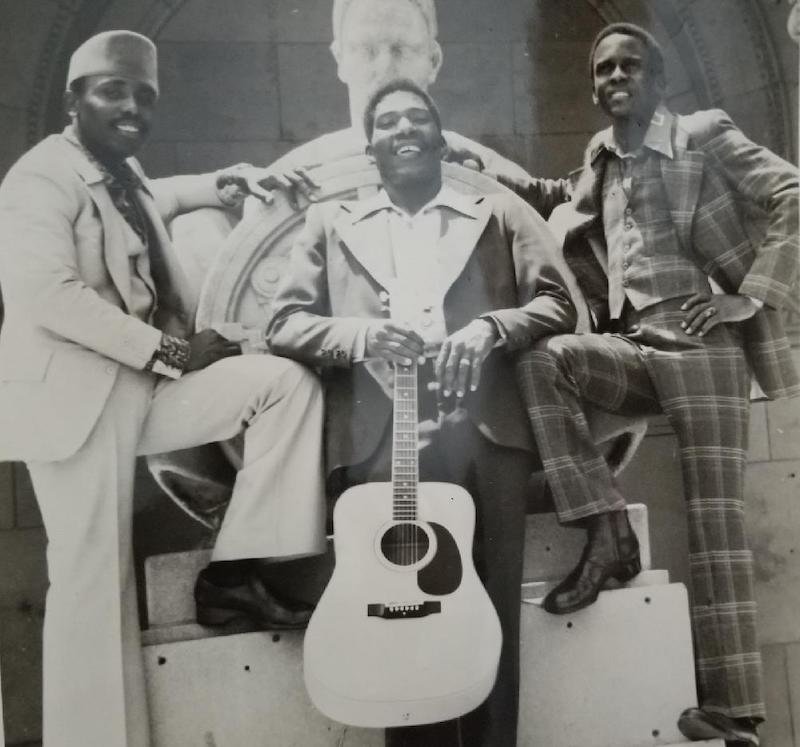 The concept of The New Creation began sometime during 1973 when Robert James Randle penned the song “The Fish Song” ( credited as Robert 51-X) and William Cooper penned the song “Elijah Knows” amongst other material that never really got past the demo stage. Adding teenage cousins Mel Houston (Bass Guitar) and Keith Randle (Conga drums) and Wayne E-2X , The New Creation began performing through their affiliation to the African America political and religious movement , The Nation Of Islam with no lesser a person than Muhammad Ali, as a support act to his Celebrity Boxing Promotion Tours. They also toured as a support act to one of Philadelphia’s most well known soul groups, The Delfonic’s.

During the summer of 1974, under the tutelage of HB Barnum, The New Creation entered the Devonshire Recording Studio’s in North Hollywood to lay down the basic tracks of the above two songs with HB later adding the horn arrangements.  The group pressed 2000 copies (plus a later 500) on their own Salaam label. They initially began to seek out radio airplay, unfortunately this wasn’t to be too forthcoming as the majority of radio stations considered “The Fish Song” to have been recorded as a commercial song , (which the group had no intention of) and demanded extortionate fees to promote. Therefore The New Creation were left with no choice but to promote their own product which they did by mail order and appearances throughout Los Angeles, Chicago, Denver (Colorado), Cleveland and New York selling their 45, for $5 each complete with a homemade promotional brochure. 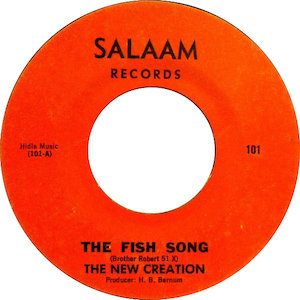 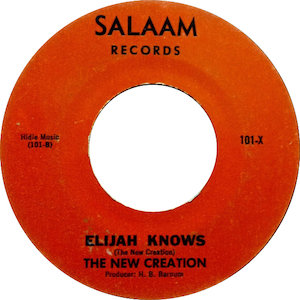 With the groups growing popularity came the need for more rehearsals which sometimes lasted till three in the morning the teenage members of the group parents feared this would compound upon their High School work and so pulled them out of the group. They were replaced briefly by older members before the group broke up for good.

The New Creation’s “The Fish Song/Elijah Knows” is now a highly regarded and sort after 45 with sweet and harmony soul collector’s in Europe and it’s native USA.