snapshot of the scene in it’s heyday

This is a very personal history. One which focuses on the lifestyle that became known as Northern Soul.

It’s quite hard doing a review of a biography without giving the whole story away really, so I’m just going to do a quick synopsis of how the story goes, and throw in why I found it so interesting.

Gethro’s story starts with a couple of very sad and heart wrenching chapters about how grim his life was, thrown into the orphanages of 1960’s Wolverhampton as a very young child it’s not an upbringing anyone would have enjoyed. He survived though, albeit with some challenging attitudes on life later on.

Growing up in Wolverhampton as a teenager was a rough time back then, it was a rough town, and Gethro started off as a youngster in the prevalent Skinhead culture, so there are many stories of fights between different gangs. The discovery of Soul music gradually led him away from the gang culture, and he discovered something that was to change his life forever: Dancing.

It was this love of dancing which pushed Gethro on, forged his friendships, and gave him the desire to be the best. The book’s not all about dancing though, there are many references to drug dealing, the legendary coaches that Gethro ran from Wolverhampton to Wigan every Saturday night, and finally, a full explanation of the forged tickets at the first anniversary !

The last chapter concentrates on Top Of The Pops, and ‘Footsee’. Not Gethro’s finest moment in my eyes, but there you go.

So why was the book so interesting to me ? I don’t think I’ve ever spoken to Gethro Jones. I knew who he was, but didn’t know him. Well, for me, it was interesting because in 1980 I moved to Dudley, 5 miles from Wolverhampton.

So many of the characters named in the book are still around today, I know people who hung around with the Temple St skinhead gang, I’d heard stories about The Octopus, and obviously The Catacombs. So it was quite funny to hear some of the stories about them, ‘back in the day’. 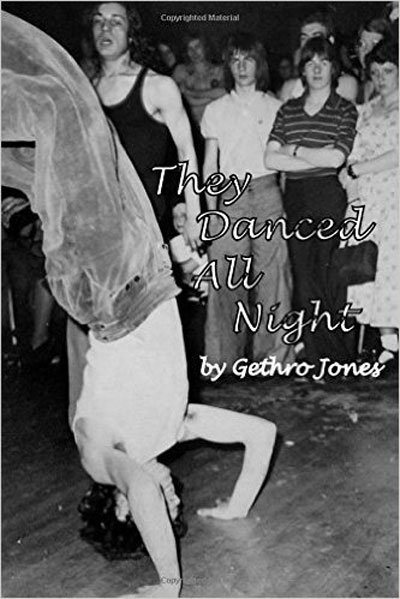 It also provides a perfect snapshot of the scene in it’s heyday, when venues weren’t held monthly, or even quarterly. They were weekly, and at one point Gethro mentions attending 25 venues in a month, all in the Wolverhampton area (With the exception of some of the nighters), and local mid week nights were just as popular as the Friday and Saturdays.

If I have one criticism of the book it would be this: Given that it has taken Gethro 40 years to write, it would have probably been better if he had spent a couple of more days proof-reading, and checking some of the names. I mean, who on earth are Richard Sterling and Dave Everson ?

A minor point though, and if you were around in those heady days of the early Seventies, or just want to read about them from a dancer’s perspective, I would recommend the book to you.