It took me many years to track down this guy

It took me many years to track down this guy, but eventually I was sitting with him on Detroit’s East Side. Over a ten year period I had been down several blind alleys looking for Tyrone Edwards and Tyrone Pickens, the name he wrote under. But his story starts as one half of the singing duet Tony & Tyrone, who built up a strong reputation around the Detroit city clubs as a lively stage act with undoubted singing skills. Early on they became close friends of Carolyn & Aretha Franklin, who help them whenever they could to develop their careers, Aretha even wrote a song for Tyrone at one stage. This eventually led to contracts with both Columbia and Atlantic through the connection to the sisters. 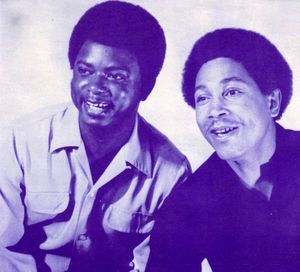 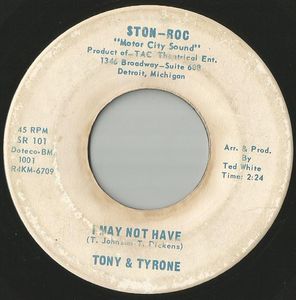 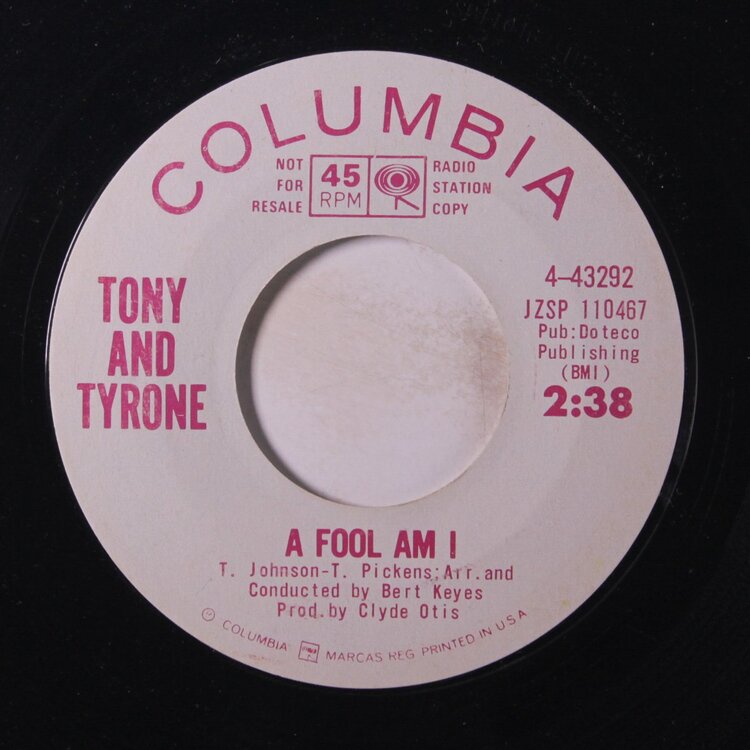 They put out one 45 on both, but their initial break came with two release on the local label Ston-Roc, ‘I may not have’ / A fool am I’. The A side is a rockin good R&B dancer, with the standard ballad flip, a good place to start, then a year later ‘Talking about people’ / ‘Don’t ever leave me’. By the time they arrived at Columbia, they had developed their act into a strong duet with perfect matched vocals, as demonstrated on the ballad A side ‘Crossroads’, on the flip they recorded a similar style soulful number called ‘A fool am I’. For their third release came the humorous A side ‘Please operator’ which gained some success in the UK later in the 70’s, getting a release on the back of its popularity on the Northern Soul scene. Somewhere in there also came a release on the UK label Ember in 1970 ‘Whip your loving on me’. Although these saw some success the duet then split up, but this was not the end for Tyrone. He had already proved his talent for singing and writing so was signed up by Brian and Eddie Holland for their newly formed Invictus label. Here he released one 45 ‘Can’t get enough of you’, a very typical Invictus sounding mid tempo number with the signature string arrangements, that also can be heard on Chairman Of The Board 45’s. The flip an oh so soulful stepper, this also saw releases around Europe on the Invictus inprint. But like so many excellent releases on the label, without the Holland Brother full focus the promotion was weak and it did little. 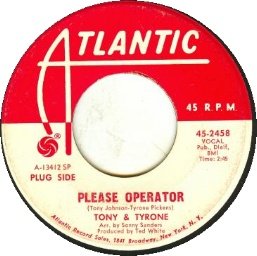 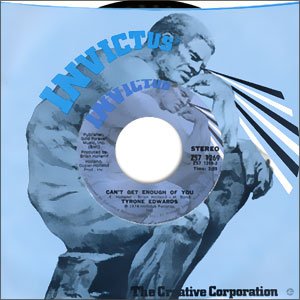 Tyrone was to have one last burst on creativity now having joined up with writing partner James Anderson. This lead to what would be his last release on James’s Olam label, the strutting funky late 70’s dancer ‘You did it’, backed by a pretty ballad ‘Main ingredient’, recorded at Danny Dallas’s Sound Patterns studio in North Detroit. 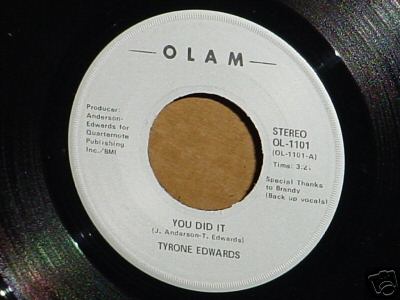 Over the years Tyrone’s life has taken many a twist and turn, living in many parts of the U.S. During this time he lost touch with his old buddy, Tony Johnson, but now he is home again in Detroit and back in touch with his later writing partner James and together they are working on some previously unissued material, which I hope to help them get released. In a final attempt to get some sucess on this 45 they took it to, the then No1 Detroit radio DJ, Foody. But instead of playing the 45 on his show, he took his group The Exportations into the studio and recorded it on them. Then in a last twist of fate, the radio station said that these 45's were a conflict of interest and he could play neither.

In the main photo Tony is on the left and Tyrone on the right, the link is to a Youtube post of Tyrone's last 45 on Olam