Dave and Goliath. were kicking their heels outside the· Casino Club in Wigan in the early hours of yesterday morning. hoping for a lift home. Dave, 17, a fitters... 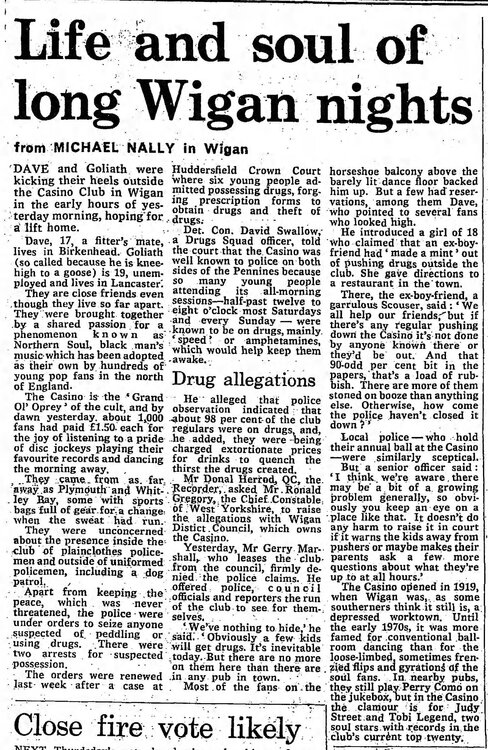