On the 15th April, the 'Leeds Central Soul Club' celebrates it's 7th year of reunions.
Since the first reunion in 2011, it has earned a reputation of being one of the 'Not to be missed' events in the country,
and has been critically acclaimed as being one of, if not THE best Alldayers in the UK, being more popular now than it was in the original Hazy Crazy Dayz.
Set in the original basement venue as it was in the 1960s/70s (now named 'Hifi'), with the original DJs from the original events,
and boasting one of the most electric atmospheres anywhere, it really is THE place to be.

Special Guest DJ for this event is one of the original Leeds Central DJ's and one of the most musically knowledgeable people I have ever had the pleasure of knowing, Ian Dewhirst (DJ Frank)
With all the usual resident DJs this will undoubtedly prove to be yet another landmark event in the history of the legendary 'Leeds Central Soul Club'
1pm-8pm - 7 hours of lusciousness
Only £7 on the door on the day 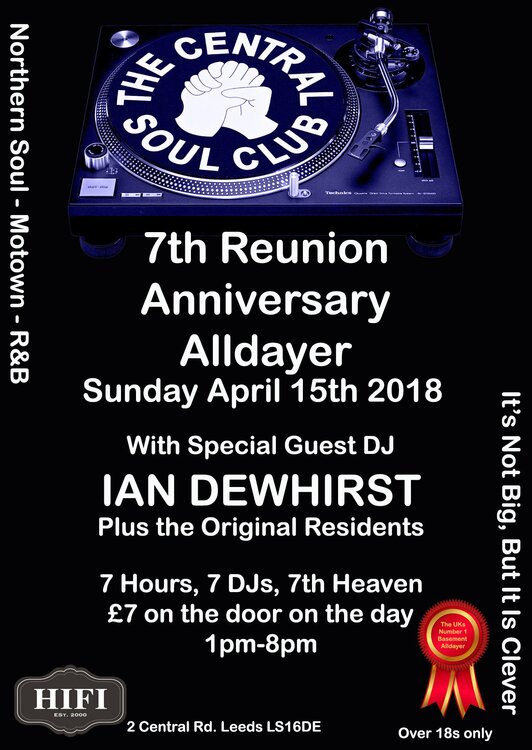 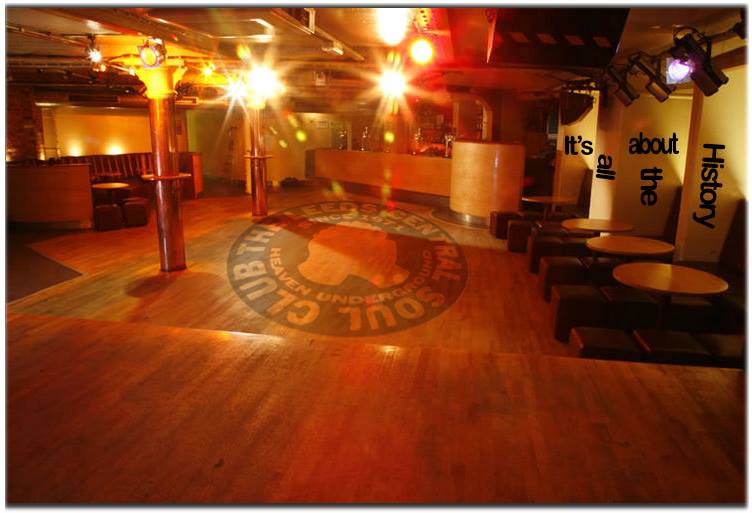