Here we go for our 2nd alldayer of the year, starting at 1pm and going through till 1am,12 hours of the very best rare underplayed soul sounds around.We`re going to give this event the tag" EAST COAST COLLECTION"as the guest DJs for this 1 are CHRIS DALTON(Cleethorpes pier/Winter gardens) and a firm regular of ours at Shirebrook Staff.. ROGER BANKS(Grimsby).To entertain you in between the ever impressive STAFF SOULSPINNERS I can guarantee these lads know their soul music.Something different for this event,another room!! Aptly named "The Downbeat Lounge",playing Motown and beat ballads,just a little room tucked away where you can go and chill,we`re going to open this room up about 10pm.Food will be available and camping/caravanning is an option if you fancy stopping over..FREE ENTRY and free talc..so in a nutshell,12 hours of soul music,8DJs,2 rooms,free entry and most of all a friendly and welcoming atmosphere..hope to see ya. 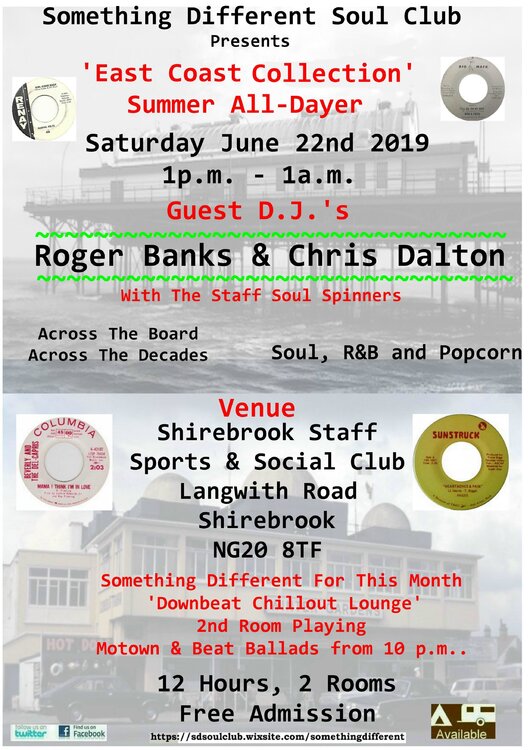 Hit the down arrow below to switch 0 reviews / 10 comments