Dennis Edwards - I Dont Know How Too

By Guest blackbeesoulclub,
November 21, 2012 In Look At Your Box

Now then Jim,it's been a while mate! Quite right re people questioning the authenticity of the record ... Martin did get one of the first copies of it but the first copy came in a consig 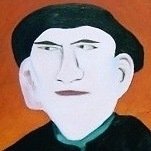 Didn't Sam pay in the region of 1500 for it?, caused a bit of a stir at the time and was the record that got Sam playing 60's again.

Definitely been some moonlighting going on,not by dennis Edwards but it is definatly jack Ashford on percussion on idht and arranged by joe hunter who as we all know we're under contract as members of