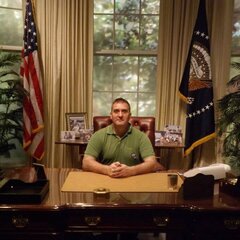 Everyone I know says the orange one is a boot.  If it is a legitimate reissue where is the evidence, who did them etc?  I usually hear the legitimate argument when trying to justify the playing of one

I hate that what was quite an interesting thread has been turned into another OVO debate, but I'm afraid you can harangue folk as much as you like, but no self respecting DJ should play

Just out of interest, what shape do you reckon the earth is?