Why Cant We Live Together ?

The one thing all wars have had in common throughout history is that they have all been fought by ordinary people not the idiots who start them. when are people going to stop listening to them and jus 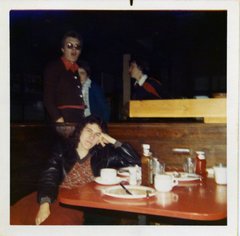 I'm in agreement but I'm afraid Politics and Religion are the main cause of War's and the Middle East etc has shown that for generations, it's ok to sing about morality and empathy and everything else