Greg Perry "Heart" when & where

Maybe all of the above Mark A very quick answer, because I don't have time for a long debate, but I do think your question is a fascinating one (that we've touched on before) and deserves an answer,

I think it's a "shame" that DJ's who used to play relatively funky new releases like this back in the day.....and have no issue with telling us so when the opportunity arises before anyone berates me 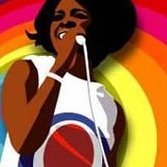 massive at morecambe always seems to get no recognition it deserves the first 3 years at the central pier were unreal. Possibly the best attended allnighter in the country at that time. Shame had some