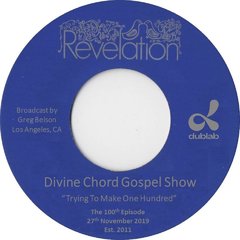 This just in....two years ago when Cultures of Soul approached me to compile a gospel disco album, I had no real idea of the work it would take to make the project a reality. The commitment, the time,

for me the best compilation so far this year, well done Greg   more of this please, lovely stuff