By Amsterdam Russ,
January 1, 2020 In Freebasing

A New Year means a new Soul Source photography thread! Starting in 2013, "Show us your great photos" has proved to be a long-lived favourite - all because of the continued contributions and involvemen 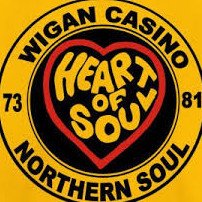 Hi folks,   Walking earlier for my hour exercise,the route takes me along a canal for a substantial part of the way,very rural,lovely and peaceful. During the walk i passed FIVE wh