£2k was a lot of money ten years ago, even for a record on this scene so only right to expect a doubling in price for something like this given the rise in prices.  I think it does get the acclaim 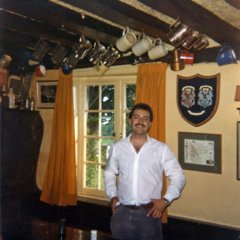 Dave does that mean those of us who have a copy will be booming out the George Lemons tune 20 years down the line in care homes at full volume  because we'll be deaf as a post by then .......it'll mak