VAN JONES - I WANT TO GROOVE YOU

The flip, "Your Love Is Like A High" is a very desirable record amongst the Californian Sweet Soul collectors and would change hands at a premium rate if it ever comes up, that probably explains the i 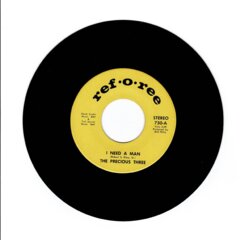 Dave you are probably right as the Conway release is a great double header with the sweet soul side.