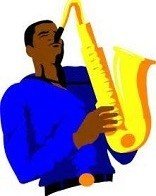 The Everton game tomorrow will give us ‘Ammers a better idea of where we might finish. Leicester Boy, to put things into perspective for both our clubs, 6 years ago I celebrated some of my 50th i

Sorry for jumping on this Leicester thread again but I've got to comment on yesterday's match.  Between Spurs and United .  The picture below sums up what is wrong the premiership and football in

Full-Time Leicester City 1 - 0 Chelsea Thrills and spills right down to the wire with VAR ruling out a Chelsea equalizer for offside. Foxes Thoroughly deserved to Win and the team showed great