The first 45 release from MD records on its new series of MD 45s curated by Jordan Wilson named The MD Records Blacktop Series.

The first release is a notable one, titled Deep South by The Fourth Level, this old Shifty cover up has for over 20 years been an elusive object of desire with only a small number of copies found.
Now out on release via MD Records, you can listen to both sides above. 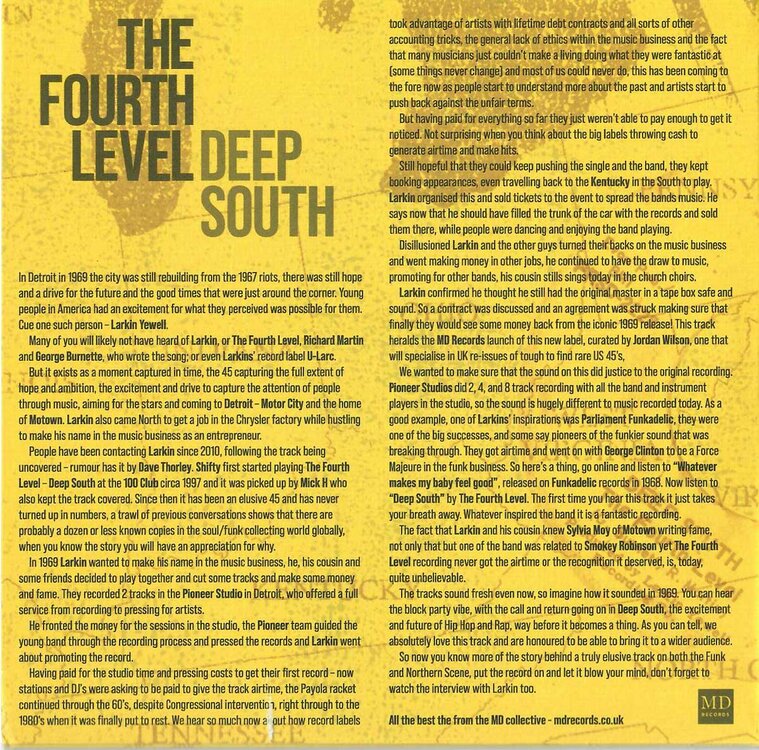