He's All Right With Me - The Mirettes

Side 1
Oh, My Darlin' - Jackie Lee
I'll Do A Little Bit More - The Olympics

A Limited Edition of 1000, Kent release nots from the time follow... 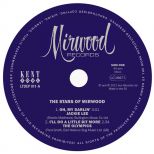 This is the third in our “Stars Of” EP series, which kicked off with Goldwax and Fame-themed four-trackers. Los Angeles’ Mirwood label is as iconic as those two imprints, but with a largely different set of soul fans.

Bobby Garrett and Jackie Lee (aka Bob & Earl) contribute two great dance tracks. Bobby’s has never been on vinyl before and is an alternate lyric to the Olympics’ R&B hit ‘Mine Exclusively’. Jackie Lee’s ‘Oh, My Darlin’’ has been described as the emotional pinnacle of Northern Soul (admittedly by me, but I stand by that, and still thrill to it every time I get a chance to spin it).

All the tracks are classic uptempo mid-60s soul dance records that Mirwood was famous for, particularly on the UK’s original Northern Soul scene. Although considered rare in the UK at the start of the 70s, most of the releases were good sellers, particularly on the West Coast. The Olympics’ ‘I’ll Do A Little Bit More’ was sampled by Fatboy Slim on ‘Soul Surfing’ in the late 90s, so a new generation of dance fans grooved to the works of Fred Smith and James Carmichael (unknowingly, in the main). This groovily designed, limited press, picture cover EP is completed by the shimmering sexy soul of the Mirettes’ ‘He’s Alright With Me’ – yowsah!

Listen to two of the 4 tracks above, the other two are added below.

I'll Do A Little Bit More - The Olympics 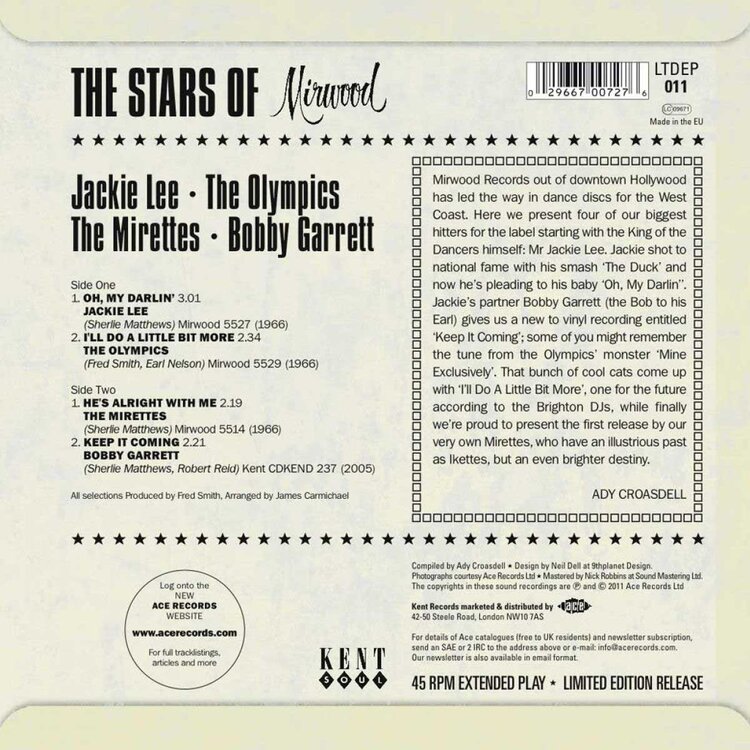