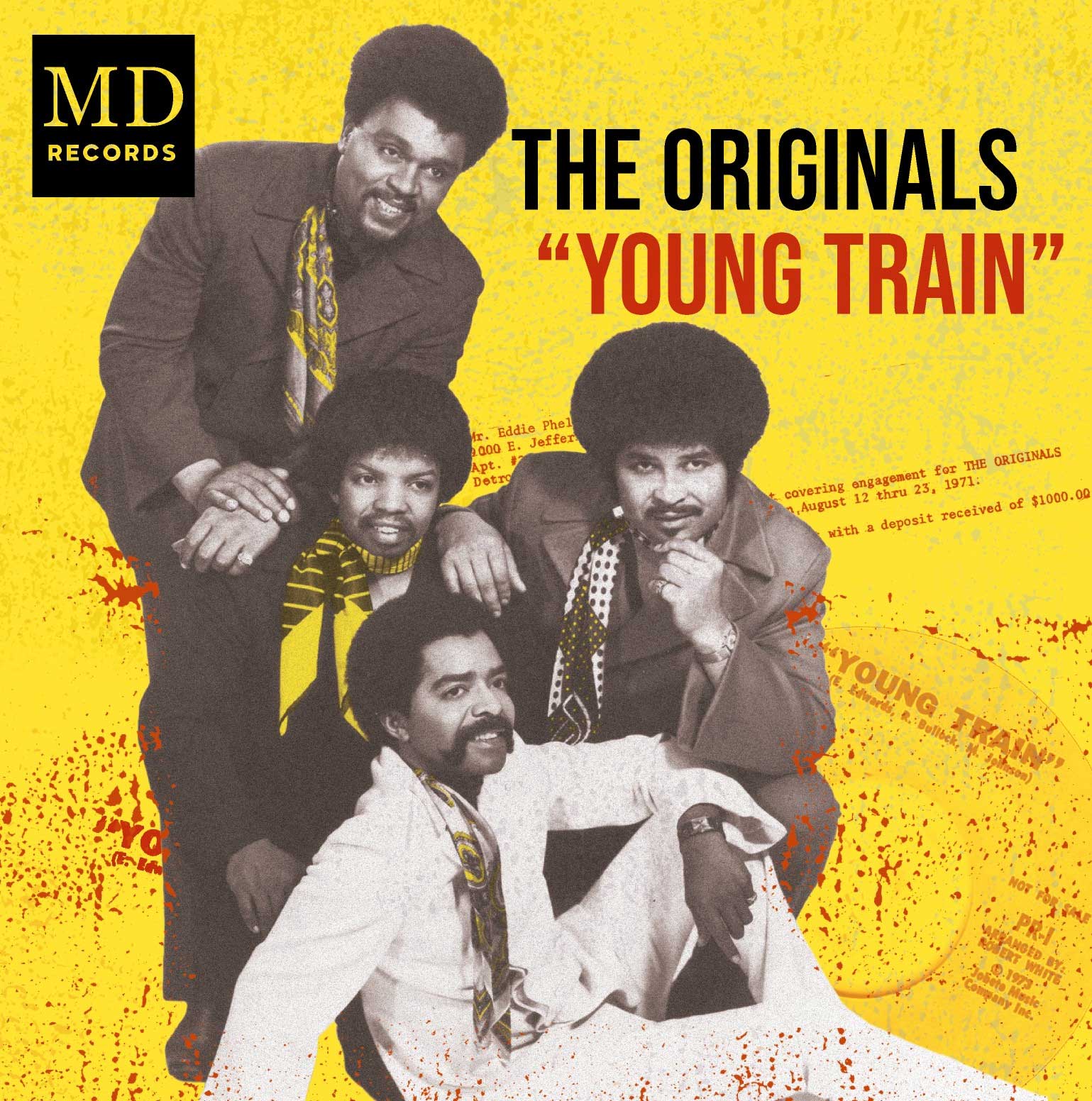 The third 45 release from MD records on its new series of MD 45s, The MD Records Blacktop Series.

In the third of the series, we move to 1973 Detroit, we have been so excited bringing this through to pressing and it has been a long but exciting and rewarding road and we hope you enjoy listening to this this 45 taken directly from the Universal master tapes and brought to you 48 years after its initial release on promo only format. Now available under licence and blessings from Universal Music Group on the Black Top series from us.

Is it good – oh yes – but don’t take our word for it, crank the volume up and hit play.

The A side – Young Train is a fabulous funkedged dancer with a message for us all even today, driven by the constant wah wah guitar and bongos. flip it over for a feelgood crossover dancer that has already been getting radio airtime on some of the UKs best soul stations.

Young Train by the Originals. This incredibly rare 45 is a poignant reminder that 48 years later the struggle continues today for equality and harmony for all.

The title “Young Train” is a brilliant collaboration of using Colemans surname and a hark back to the freedom songs enshrined in the blues and soul history of Black America, think Freedom Riders, Southbound train, Midnight train to Georgia to name but a tiny number.  It captured the imagination of Detroit leading to the inauguration of the First Black Mayor of Detroit in 1974. Coleman Young captured the hearts and minds of the people of Detroit, some of his actions and associates led to questions around his fitness for office, but the moment in time lives forever in this exclusively rare 45 now brought to you with the blessings of Universal Music Group via MD Records.

On a final note, it is in many ways incredibly sad that this anthemic song still holds a valid call to action in its message in 2021. So, turn the volume up and get on board the “Young Train” for democracy and equality.

Big thanks go out to Karl “Chalky” White for material used in the sleeve.

All aboard for the third release in the Blacktop series from the MD Collective. 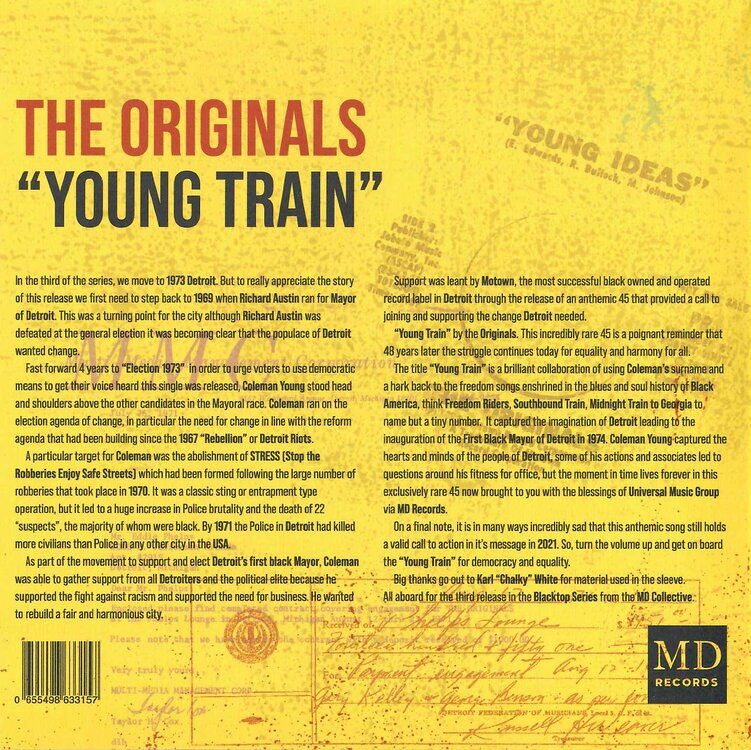 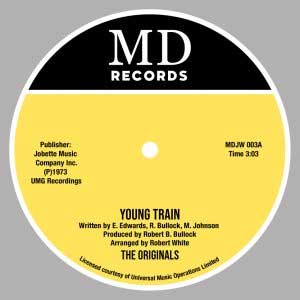