King Bee - Bee To The Flower

Bee To The Flower / Bingeries

All copies come in a shrink wrapped quality picture sleeve

Contemporary hard driven Jazz Funk from the north of England. Bee To The Flower, initially released under the influence of Newcastle’s finest Warren Thompson in a much slower and kind of stepped down version has been rearranged and recorded again by the band expressly for Tesla Groove International at the Loft Studios. We have been on this project for a long while and the biggest thing we blame covid for is the goddamn delay it forced into the development of artistic projects, of which the physical final release is only the latest of the steps. Driving (and very creative) basslines, a beautiful and almost psychedelic Fender Rhodes intercalate with a vibrafone played with such a mastery I could only remind of the  great Pharoah Sanders at the time of his performances with Lonnie Liston Smith and Nathaniel Betties, one of the greatest afro percussionists of all times. All of this on such a hitting drumming I just can’t wait to fire it out of a proper soundsystem. Created in 2011 by north-east based Dave Wilde and Chris Jelly, the original jazz/funk fusion sounds of this seven piece Newcastle based band have carved a niche as some of the finest exponents of the genre in the UK. The band has given exciting dance inducing live performances up and down the country, at Band on the Wall, Hoochie Coochie and many more, supporting the likes of Craig Charles, Roy Ayers and Lonnie Liston Smith along the way. New material has been in the making for quite a while, but after the enforced lockdown, King Bee are ready to release their latest recordings at long last. Worth waiting for. 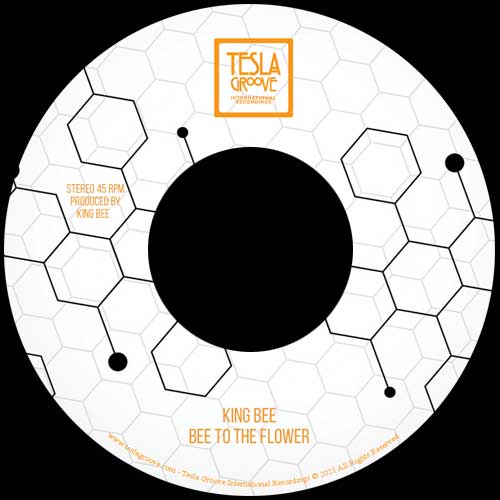