Eric Mercury And The Soul Searchers


Another Big Man Records big release.  Eric Mercury And The Soul Searchers - Lonely Girl.
Can catch the background story on both the 45 and the release below.

Each record will come in a black card sleeve, sticker ident, a personally signed collectors card by Eric Mercury in a poly sleeve.


Setting the scene...
Over 50 years ago, a young., very tight unsigned group were playing gigs around Toronto, Canada and into the United States. A young producer, C. Nash started to turn up at their gigs and made it known that he wanted to record them. After a gig, very late one night around 1.30am they arrived in Detroit where the recording session was booked, they climbed some metal steps into a small warehouse. at the back of the building was a pretty basic studio. The producer presented them with a song which they basically learned and rehearsed, working out the arrangement. harmonies and mood of the song.

The group was Eric Mercury and The Soul Searchers, the song 'lonely Girl', That single session produced one of the iconic Holy Grail releases on the tiny SAC label.

The group left the session and a few weeks later the producer turned up at another gig and presented them with 10 copies of the record and that was that. they never saw him again.

The record had no promotion. no airplay. nothing! Eric is unsure how many copies were originally pressed but it was certainly very few.

Fast forward to the current UK soul scene and 'Lonely Girl' is right up there as a ultra hard to find original with a huge ticket price if you can find one!

Big Man Records is thrilled to announce, with the blessing and permission of Mr Mercury. the release of BMR-1006. The beautiful thing about this release is that Eric will actually benefit from the release which means more to us as a small soul label than the kudos associated with such releases.

Still very much involved with the music business Eric resides In Montreal, Canada, it took me a while to finally make contact with him but we instantly hit it off, Eric has been cont-acted many times by UK Soul scene collectors and DJs asking him if he has a copy of 'Lonely Girl' sadly he doesn't even have his own personal copy but he does know where two copies are... for another day perhaps? Meantime Eric is thrilled to now be able to share this legendary recording with an official Reissue via BIG MAN RECORDS... BMR-100

A video message from Eric Mercury 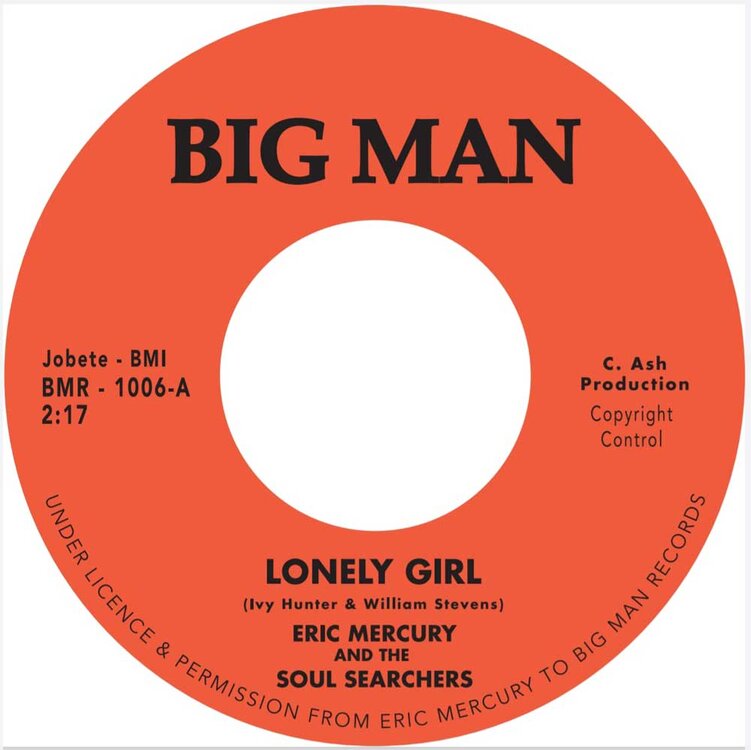 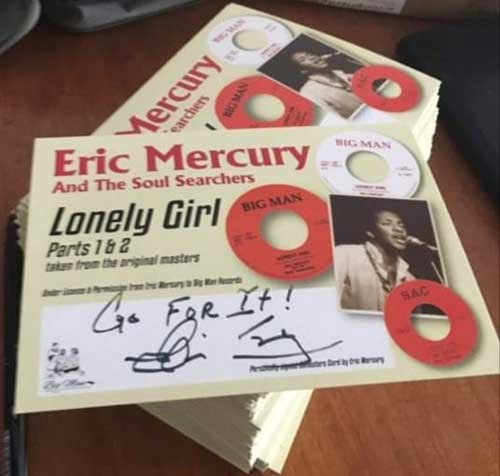 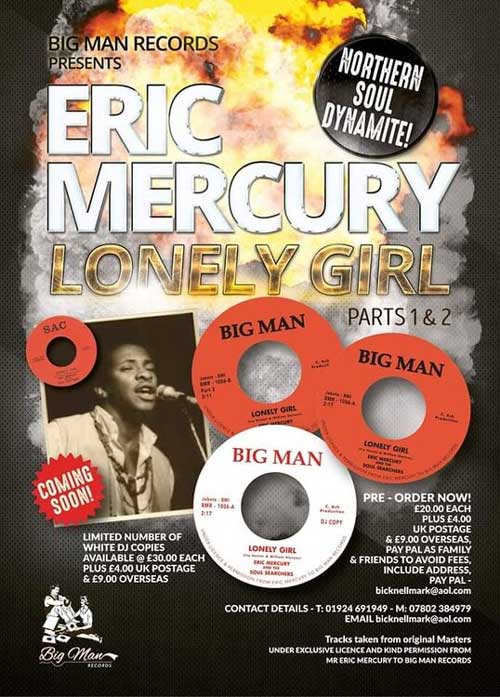