Bettye Swann - When The Game Is Played On You


Double sider from 2020 from Selector Series, release notes follow below...

Off the back of their stunning reissue of Minnie Riperton – Les Fleur / Oh By The Way, Selectors Series hit you with a 7 inch reissue of two straight from the heart, Philly Soul gems by none other than Bettye Swann.

Flip it over to find the smooth, soulful ‘Kiss My Love Goodbye’, a Spinners-esque track with stirring vocals that hit the heartstrings from the off.

Although late bloomers in the Northern / Modern soul scenes they became bona fide classics. Further interest was aroused when Tom Moulton remixed both songs in the ‘00s, igniting dancefloors wherever they were played. Not surprising though when you look at the credits on both tracks.

The Young Professionals were the new crack production team in Philadelphia at the time. Made up of the masterminds Phil Hurtt, LeBaron Taylor, Bunny Sigler and Tony Bell their incredible studio prowess shines bright in both these Bettye Swann recordings. 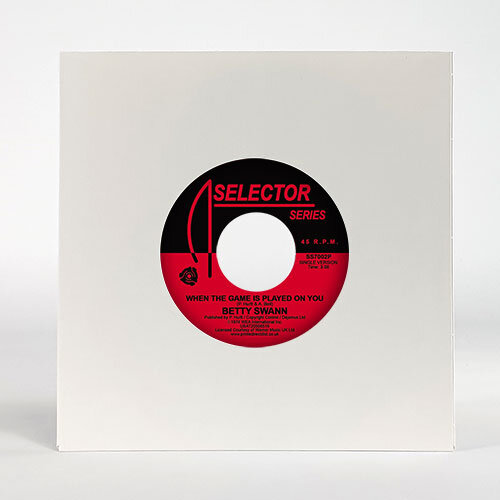