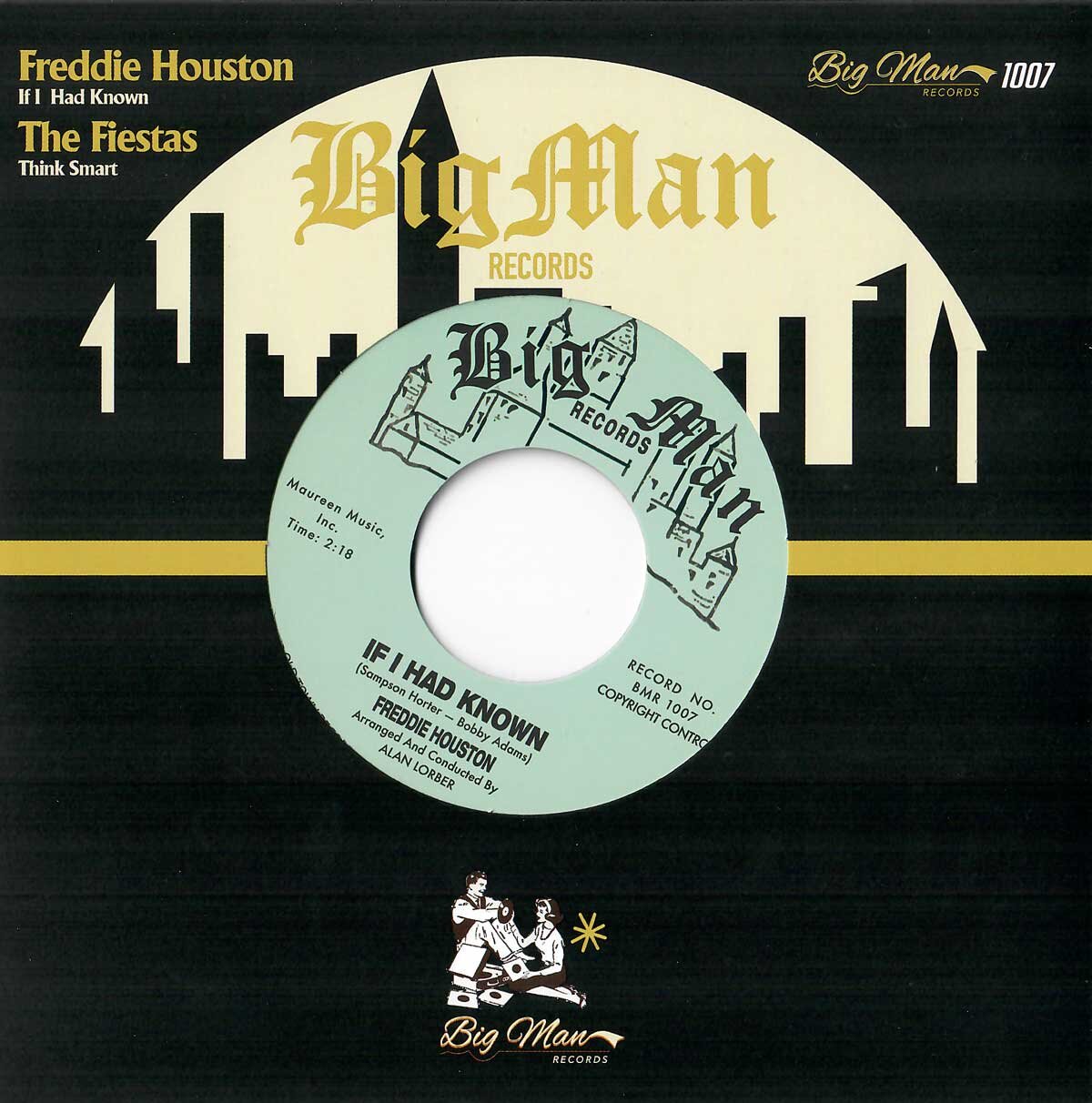 Freddie Houston - If I had known

If I had known / Think Smart

Here we go, the latest top Big Man Records release #45 is now available right here on the Source Store after a bit of a delay to the release date.

Both records were very much part of the 60's newie movement in the early 80's, Freddie Houston was certainly a game changer in terms of a more down tempo acceptance at venues such as 'top of the world, stafford', early '100 club' etc. 'If I had known' was championed by the likes of 'Keb Darge' once covered up as Herb Ward, a record right up there with the likes of Sam fletcher, George freeman, romance watson in the slower down tempo c style.

The fiestas is a prime example of from street corner to soul a delight of male vocal group harmonies which became an instant collectable and big record at the venues, both original old town copies in time have pretty much dried up and certainly command a mid hundreds ticket price if you can find them. 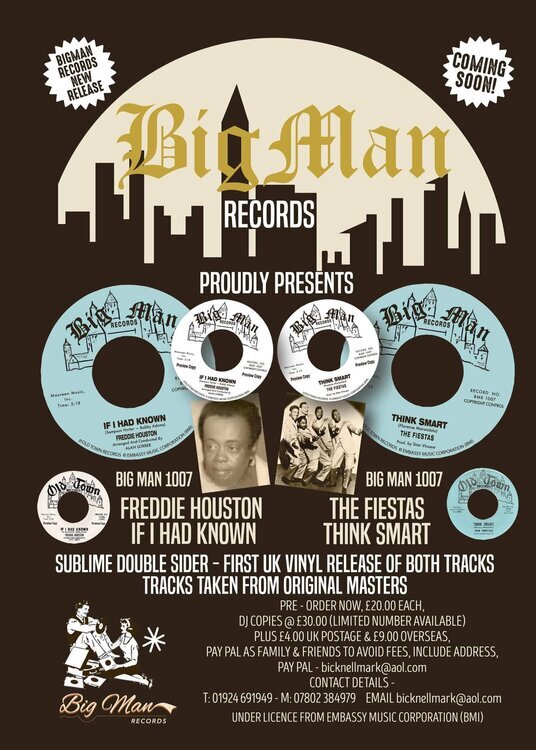 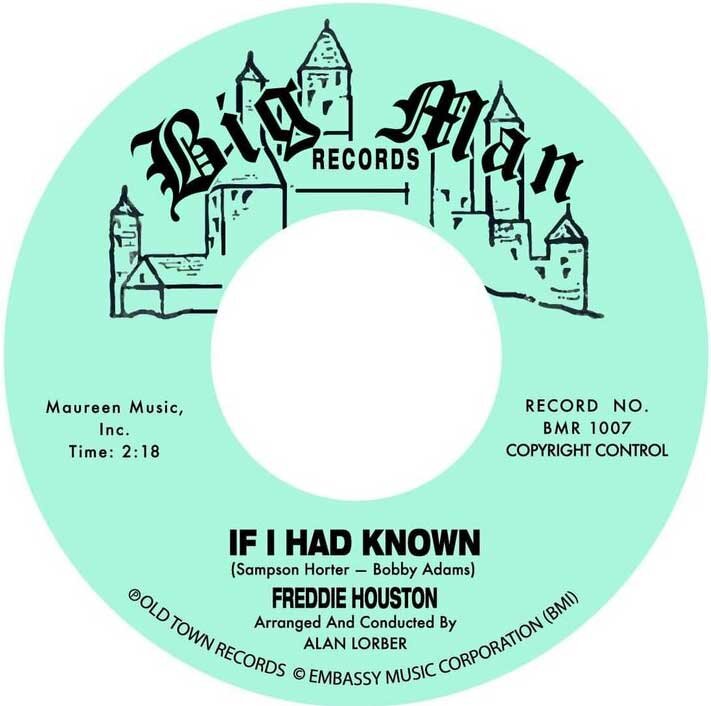 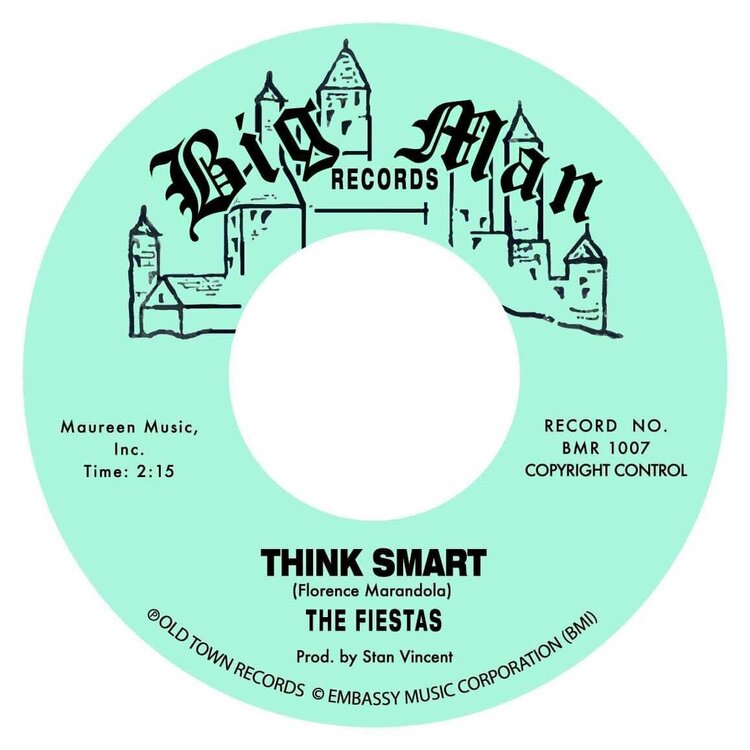