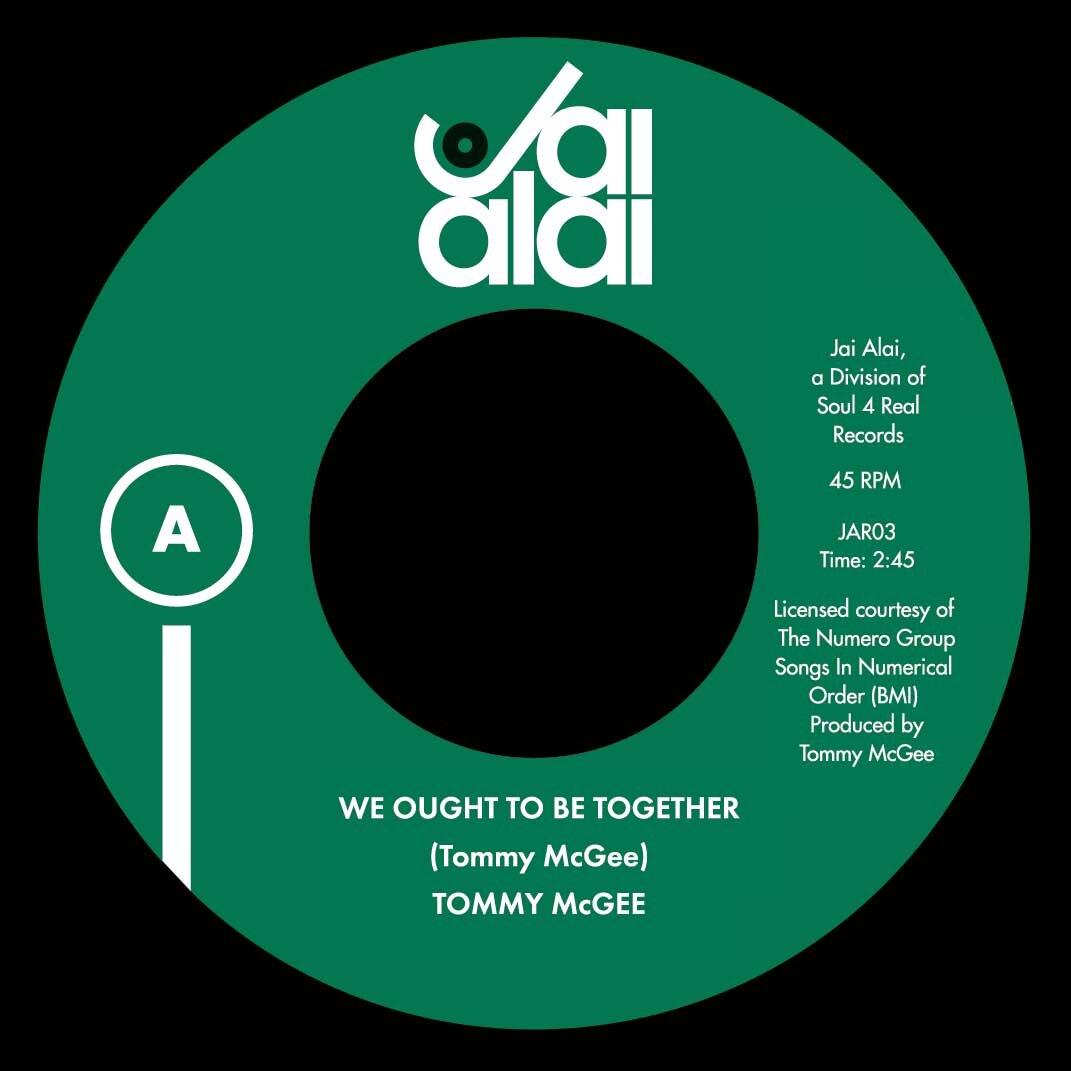 We Ought To Be Together

The latest 45 release from Jai Alai (a new subsidiary of 'Soul 4 Real' Records) and it's a strong one. Now in store and ready to ship.

The world of soul music has always been full of stories of bad luck, if-onlys and might-have-beens, and Tommy McGee has certainly had more than his fair share of all three. Bad timings with record deals, contract arguments, label cash-flow problems, a payola scandal, getting squeezed out by deals for other artists such as The Ohio Players, Johnny Bristol and William DeVaughn, have all added to his frustrations.

Amazingly, McGee had the drive to keep going as he was determined to release an album with his band The TMGs. Writer/producer Palmer James, also from his home town Grand Rapids MI, convinced him to sign as a solo artist instead, although he continued to work on the (then unnamed) "Positive-Negative" album from 1970-72. James had been in The Creations with Al Green (then Greene) and in trying to market and release Greene’s "Back Up Train" album on his label Hot Line Music Journal almost went bankrupt; McGee’s debut single, "Give & Take" / "To Make You Happy" on Golden Voice Records, got lost in the process.

McGee finally got the funds to release "Positive-Negative" on his own label MTMG Records in 1976, pressing 500 copies, and whilst not a commercial success, this highly collectable album brought him recognition on the underground soul scene. It was reissued on Chicago imprint Numero Group in 2016 and he is probably best known for the fabulous single "Now That I Have You" on another of his labels, TMG.

For their third release, Jai Alai have taken the two cream cuts "We Ought To Be Together" and "Make Sure", showcasing McGee’s production skills and his wonderful Curtis Mayfield styled falsetto vocals.

This limited edition 7” single will quickly disappear, so make sure you don’t miss out.
.
Steve Hobbs

Can listen to both sides above and below

Limited numbers - no refresh of stock.

Tommy McGee - We Ought To Be Together - Video 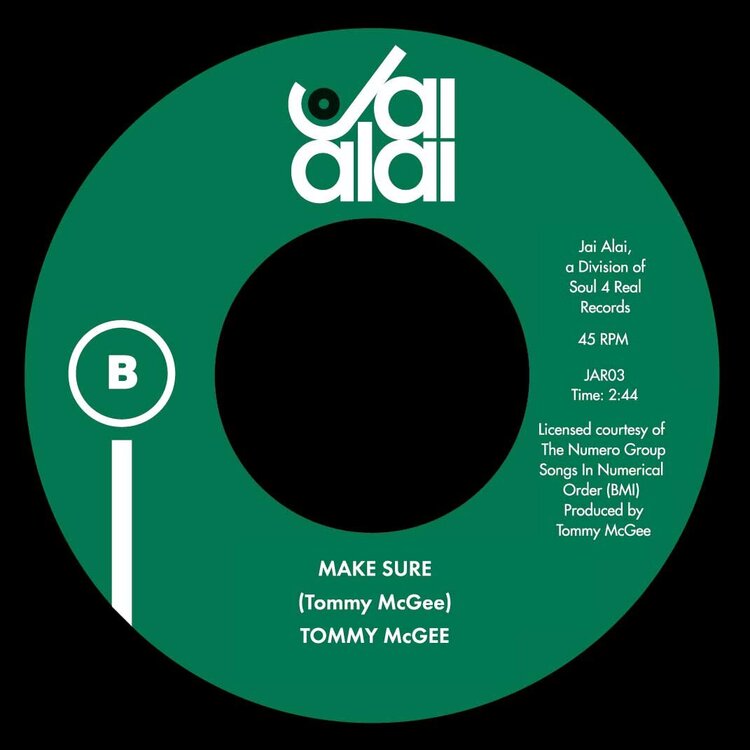