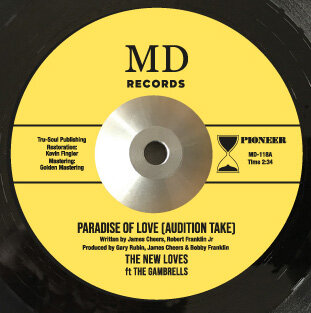 The New Loves ft The Gambrells - Paradise Of Love

The New Loves ft The Gambrells - My Heart Is Suffering

A most recent 45 release from MD Records featuring a familiar name, the detailed release notes follow...

The New Loves ft The Gambrells

Paradise Of Love / My Heart Is Suffering

A most recent 45 release from MD Records featuring a familiar name, the detailed release notes follow...

Around the same time as the New Sensations were recording the audition takes, The Gambrells were releasing Jive Talk on the Pioneer record label, before this they had also recorded as another band of young hopefuls to lay down some soulful tracks at Pioneer Studios. The New Loves comprised of James (Jemy) Cheers and Robert (Bobby) Franklin Jnr. Sharon and Sandra Gambrell and Pat Hunt. The girls had already recorded – as backing singers – for Deon Jackson on “Love makes the world go round” released on Carla. However they signed to Pioneer Recording Studio and started to record with Gary, Sometimes as part of a group such as the New Loves, sometimes as backing vocalists – more on that in later issues – and also in their own right as the Gambrells.

Robert (Bobby) Franklin Jnr is no other than the Bobby Franklin, who on  returning from the Navy started Bobby Franklin’s Insanity with a group of School friends, John Hopkins, Hubert Crawford, Mike Anthony and Michael Gray. Bobby also went to Mumford High School in Detroit. Bobby and the band went to Chicago in Spring 1969 and went on to join Curtom after meeting Curtis Mayfield. Bobby recalls – in an article he wrote – that he met Jemy when he was around 14. He was on the way back from Custer Elementary School, he saw a young guy playing guitar. Bobby stopped and took his drum sticks from his back pocket and started playing rhythm alongside the young guitarist. From there they struck up a friendship and the Famous Bros. were born – Bobby Franklin and Jemy Cheers.

When listening to the audition tapes it was very clear that we needed to retain the atmosphere of the audition itself, the excitement of a group of young singers and musicians and to that end we left in some of the outake tape on ”My heart is suffering baby”. At the end of the take you can hear the call into the flip side which is ”Paradise of Love”. We put this on the top side as a great example mid tempo group harmony soul, the fact that it features the Gambrells is an added bonus and acts as a leader for future exploration of their story.

Can listen above and below.

Each 45 comes with a printed insert as per below 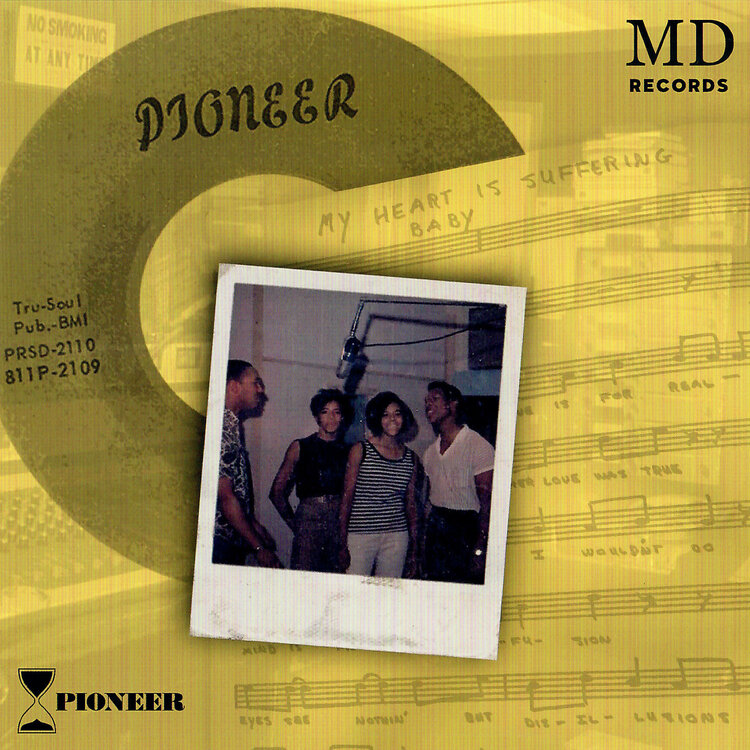 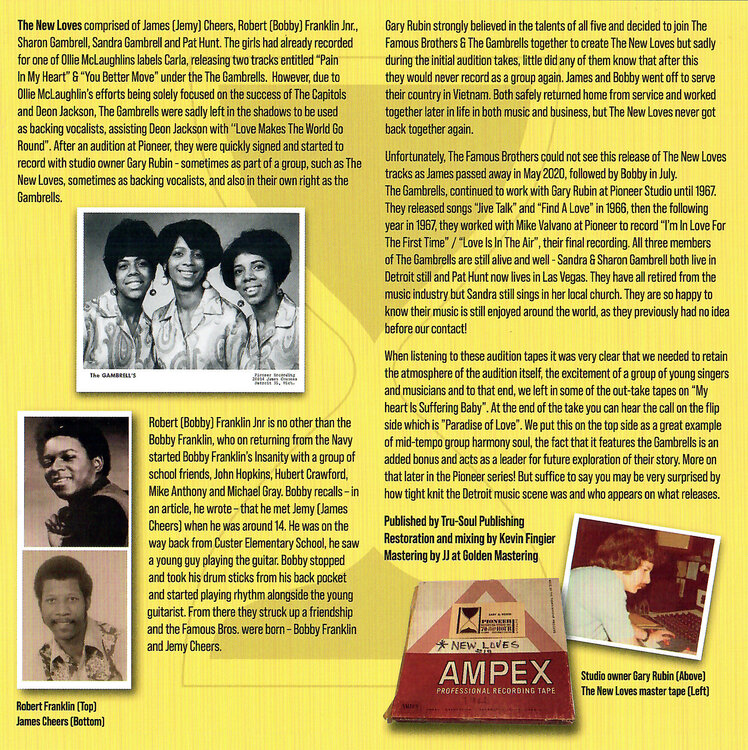