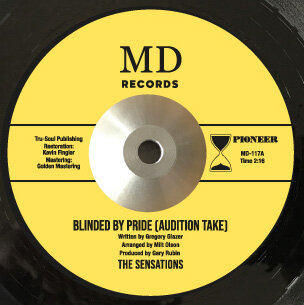 Sensations - I Found A Love

Blinded By Pride / I Found A love

From the opening bars of “Blinded by Pride” the brass leaps out to grab your attention, while the bass line thumps along in a traditional four on the floor beat. The raw street soul vocals add a pleading and emotional quality to the lyrics – telling the story  of every young man that has lost a love through his own blind pride. Gary said that at the time the engineer had it recorded in such a way it was considered to fast and was almost impossible to get the vocals and instrumentation to come together – as such it was shelved.

When we heard the various takes and tapes that were run from the 4 track, it was easy to hear the potential in the song. But it needed to be cleaned up and remixed to really get the best out of it. In our eyes there was only one place to go to – so we jumped on a call with Kevin Fingier  who is fast becoming a regular member of the MD Collective and who will be working with us right through this project. On hearing the song tapes crudely thrown together by myself and Jordan, he too could hear the potential and was excited to be able to work on the tracks.

From the early beginnings, listening to gospel spirituals and RnB, singing in harmony groups at school – Mumford High School, which has a long list of famous musicians, singers and sports atheletes – and later with friends, both Dan and Sarah can remember the get togethers and barbeques, where the guys would form a circle and start singing street harmonies and songs that Greg they had written.

These street corner harmonies can be heard in “I found a love”, which is a great example of the blue eyed doo wop influenced harmony street soul, with raw emotion and fabulous brass and rythmn backing to the vocal. We have also uncovered a third track – “Searching” which is in the same doo wop harmony group soul style and is waiting in the wings for us to find more of Greg and the Sensations work for later releases.

Can listen above and below.

Each 45 comes with a printed insert as per below 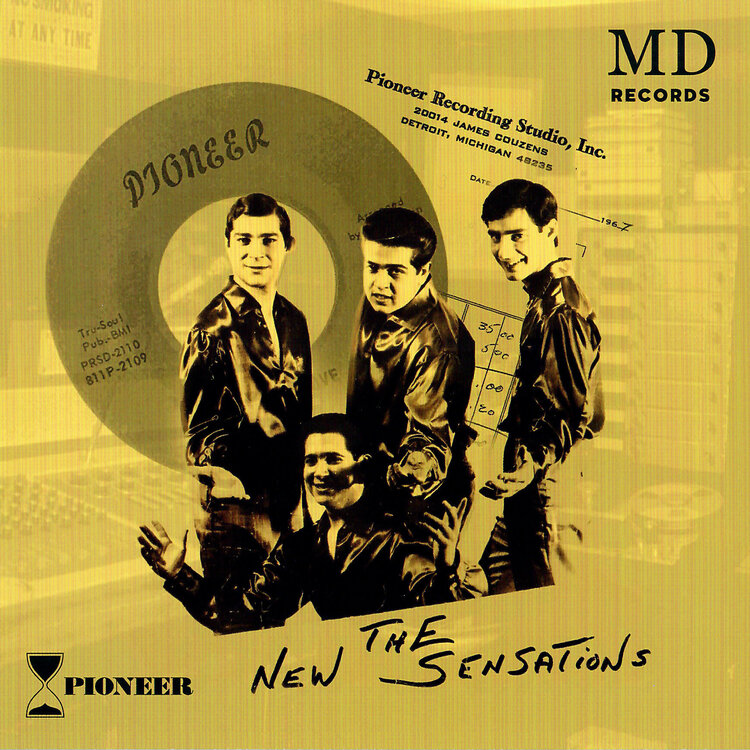 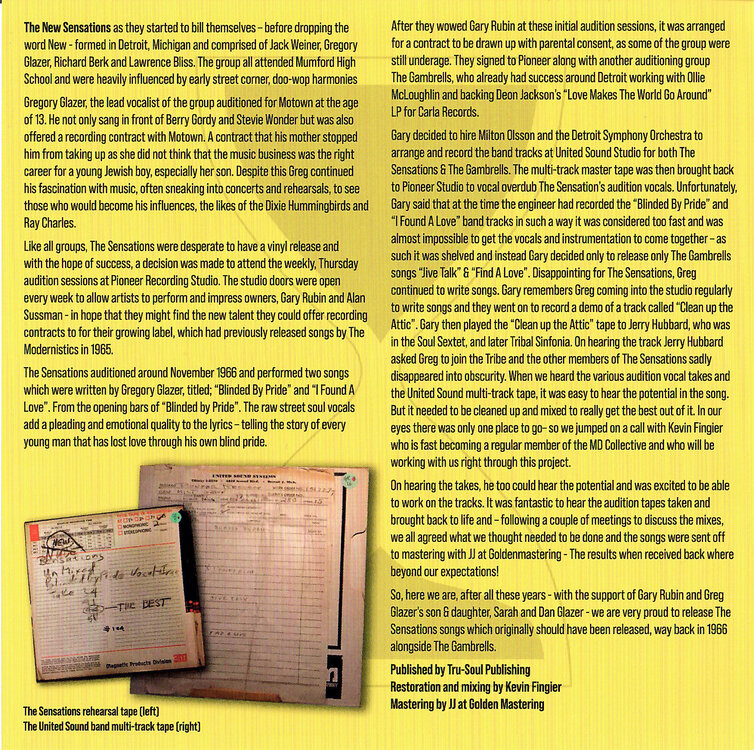