The massively admired Kenny Carter had three singles issued on RCA in 1966 but actually recorded 22 sides. Those singles and some previously unreleased tracks have made him a cult figure among soul connoisseurs. At last, we have the complete RCA sessions for you. 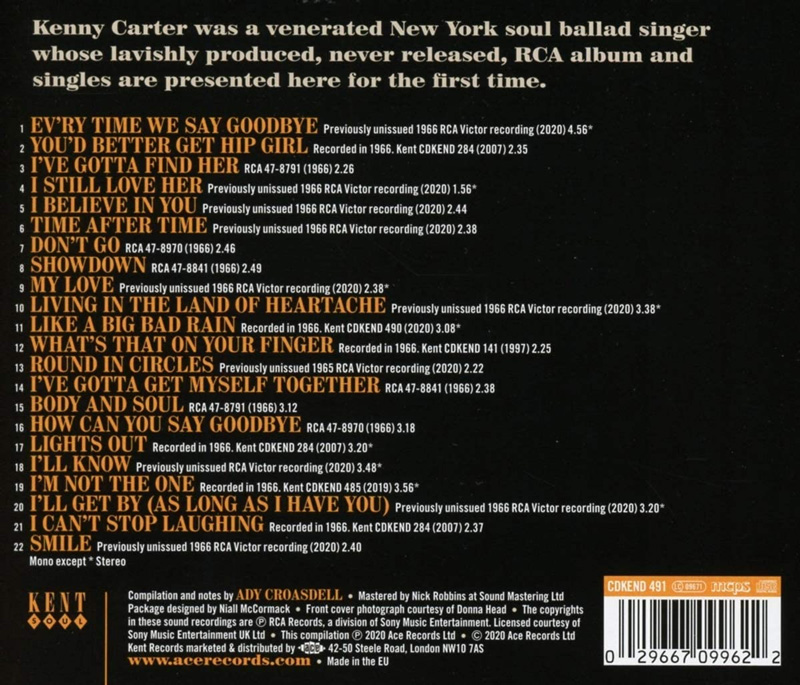