The Radiants - Baby You Got It 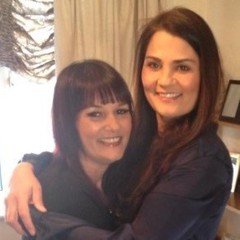 The Radiants originated in Chicago in 1960 at the Greater Harvest Baptist Church, where the future Radiants sang in the Youth Choir. Maurice McCallister assembled the group and sang lead; the other members were Wallace Sampson (baritone), Jerome Brooks (second tenor), Elzie Butler (Bass), and Charles Washington (first tenor). Similar to the Womack Brothers, the guys sang gospel at local churches but also worked on the R&B songs written by McCallister on the side. McLauren Green replaced Washington shortly before their first recording session. By 1961, gospel music was a memory, and they started shopping demos to record labels and received nothing but rejections. Motown, among others, turned them down, and so did Chess Records -- initially. They eventually signed with Chess and recorded under the tutelage of Billy Davis, aka Tyran Carlo, Berry Gordy's ex-songwriting partner, and former owner of Checkmate Records. Their first release, "Father Knows Best" backed by "One Day I'll Show You," in 1962, stiffed in some cities but was a hit in Cleveland.

Chess followed with "Heartbreak Society," then in 1963, Chess released "Shy Guy" and "I Gotta Dance to Keep My Baby." All were hit-sounding pieces of wax that failed to sell, probably because of poor promotion. On "Shy Guy," Frank McCollum replaced McLauren Green, who got drafted. By 1964, the Radiants were tripping all over themselves. They had problems galore -- so much so that they broke up. Maurice McCallister and Wallace Sampson were the only survivors. In came Leonard Caston, Jr., the organist at Greater Harvest Church, who had just gotten out of the Army. A new Radiants group was formed, this time as a trio: McCallister, Sampson, and Caston. McCallister also wrote for other Chess/Checker artists, penning "Soulful Dress" for Sugar Pie DeSanto.

"Voice Your Choice," released late in 1964, is their most popular recording. They duplicated the Impressions' three-part harmony and lead-switching style to perfection. It reached number 51 (pop) and number 16 (R&B) on Billboard. Chess followed with "Ain't No Big Thing," which slipped the pop charts, only reaching number 91, but did better on the R&B charts, reaching number 14. Again, they displayed some beautiful three-part harmonies, with McCallister and Caston switching off leads.

In 1965, Caston left the group to concentrate on songwriting and producing. James Jameson replaced him and appeared on "Baby You Got It" -- but the plot thickens: McCallister left shortly after its release. This should have ended the Radiants, but it didn't. Another group, the Confessions, led by Mitchell Bullock, had already recorded "Don't It Make You Feel Kinda Bad," but disbanded before Chess could release it. Billy Davis put Bullock with Sampson and Jameson, and added Victor Caston, Leonard's younger brother, and the Radiants were a quartet again. Chess put out the same record the Confessions had previously recorded, and stamped the Radiants on the label.

Who would know the difference? The record was an emotionally sung wailer but failed to dent the pop chart and only achieved number 47 on the national R&B chart, though it did well where played. "Hold On" did better, climbing to number 68 pop and number 35 R&B in 1968. By this time, their productions were handled by Leonard Caston and later Bobby Miller. Unfortunately, they didn't have any more chart entries and left Chess in 1969, breaking up in 1972.

McCallister went on to record duets with former Radiant McLauren Green as Maurice & Mac. "You Left the Water Running" by the two is considered a deep soul classic. Though the Radiants were popular in the Midwest and other areas, Chess never released an album by the group. A few of their cuts can be found on compilation CDs. Chess released ten or 15 singles of the group. Many of their early singles were two-sided hits. "I'm in Love," the flip of "Shy Guy," received quite a bit of airplay, as did "Noble the Bargain Man," the B-side of "I Gotta Dance to Keep My Baby." The latter was written by McCallister and David Clowney aka Dave "Baby" Cortez; you can hear his trademark organ on the recording, driving the rhythm section.

Some of the disc jockeys in Cleveland referred to McCallister as Jimmy Durante, because he resembled the inka dinka doo man, a little guy with a big nose, but he could sing and write with the best of them and deserved more. ~ Andrew Hamilton, All Music Guide

Log back in to Soul Source now!
IP.Board Videos by DevFuse