Cordial Recordings are proud to launch the label with two unissued cuts from Mark IV that were originally recorded in the mid 70s with the uptempo 'Hang Ups' and the mellow groover 'Give Me Just A Little.'

You can pre-order the release and demo discs on http://www.5767.co.uk/product/mark-iv-2/ or via PM or email email 5767production@gmail.com.


Listen to both tracks below

Mark IV - Give Me Just A Little


Both songs were taken from recording sessions when the Mark IV were managed by Otis Brown and Donald Shaw.


Scan of Hang Ups Side 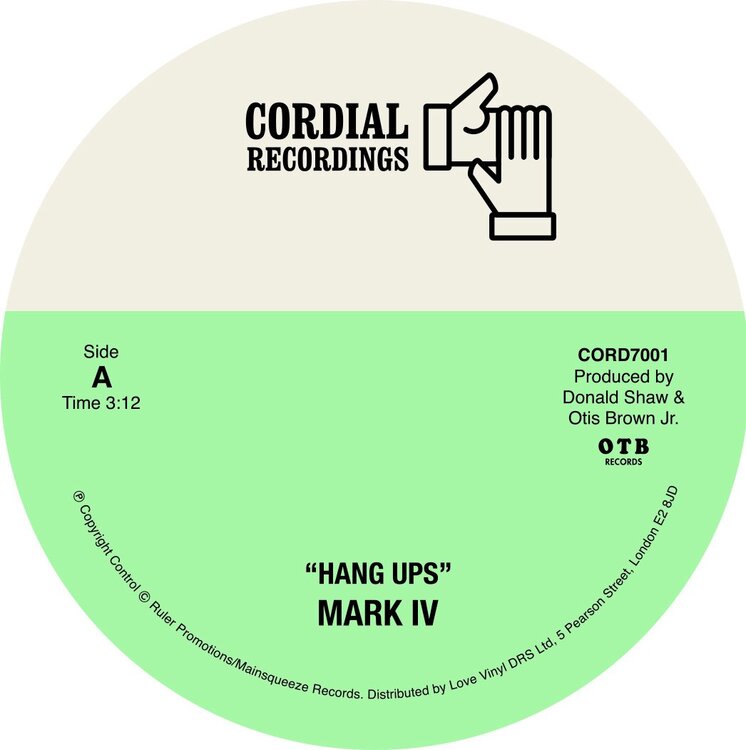