The first of a whole summer hatful of album release news...

Born in dorena, missouri in 1937, lonnie lester started singing in church at the age of six. as a teenager he performed with doo-wop groups in and around gary. after being on the road with junior walker he ended up in san francisco in 1959. while there he opened for r&b stars like sam & dave, the drifters, aretha franklin, little willie john, and many others.

the next big step was his move to chicago, illinois, where he cut more than a handful of R&B/soul singles for the nu-tone label. during the early 70's, he formed a five-piece band called lonnie lester & touch. in the 80's he traveled the country with his band in addition to performing in the indianapolis area. he retired from the music business full-time in 1991, but continues to perform in the indianapolis, indiana area.

so this is love

the meanest man in town

ain't that a shame

I have never been blue *

so this is love (alternate version)

Out and available now in the following formats lp - cd - download

wait a minute baby am telling the truth... 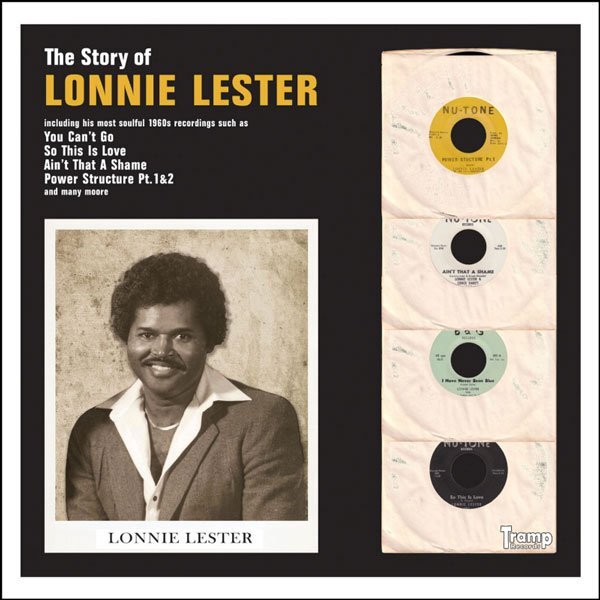 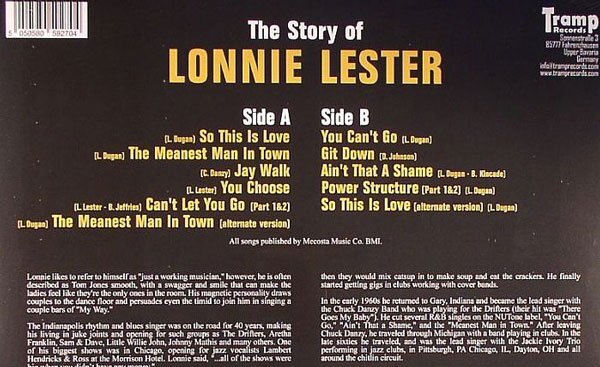