one of the three people responsible for The Sound Of Philadelphia

A recent album release from Kent Records that since it's July release has been picking up great reviews.

Along with Kenny Gamble and Leon Huff, Thom Bell was one of the three people responsible for The Sound Of Philadelphia, a lush, orchestrated take on soul music that dominated the charts in the early to mid-70s. Using the most unusual instrumentation – harpsichords, French horns, sitars – Bell’s arrangements built the careers of the Delfonics and the Stylistics, and reinvented acts as varied as the Spinners, Dionne Warwick and Johnny Mathis.

The distinctive sound of a Thom Bell arrangement is largely down to an upbringing devoid of R&B. Growing up in a middle-class Philadelphia household, he was playing piano, drums and flugelhorn by the time he was nine. “We didn’t have any radio or anything, we were trained classical musicians,” says Bell. “From when I was five ’til I was 17, I studied two or three hours a day...

The full release notes from Bob Stanley along with images and purchase options can be had via  https://acerecords.co.uk/ready-or-not-thom-bells-philly-soul-arrangements-productions-1965-1978via 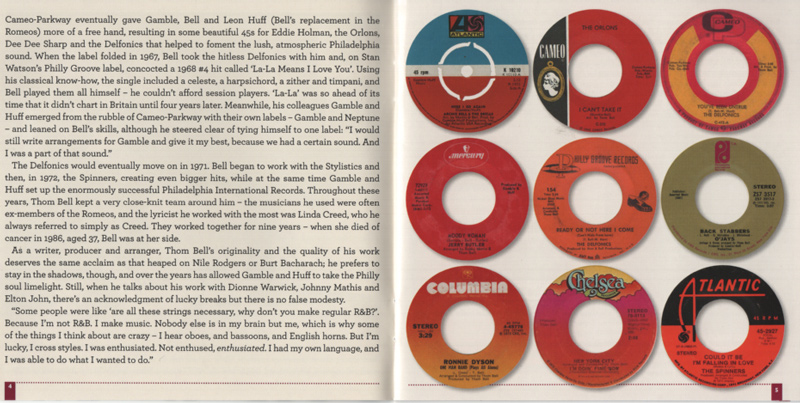 Thom Bell is on the phone from Washington state, talking about Philly soul.